We all love LEGO games, don’t we? Well, the game developers Traveller’s Tales are coming out with a new LEGO-themed game for the Wii U and Nintendo 3DS, called LEGO City: Undercover (formerly known as LEGO City: Stories). Everybody Plays (a UK gaming website) wrote a great preview on LEGO City: Undercover, and I have adapted their article for our readers here – so you know what to expect and look forward to in this LEGO game. So read on, and also watch the trailer below! 😛 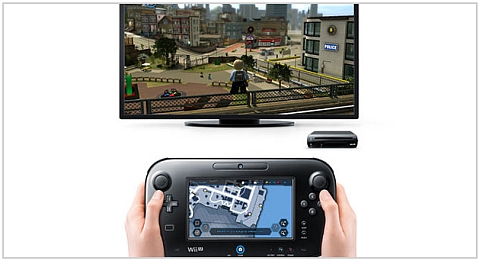 The LEGO game plot takes inspiration from the range of LEGO City sets; you play as Chase McCain, an undercover detective, whose mission is to stop the criminal Rex Fury; the bad-guy behind most of the crimes that take place in and around LEGO City. Like all cool cops, McCain has a whole array of high-tech gadgets at his disposal, which are accessible from the Wii U GamePad; a map (so you can see your whereabouts in the city), mission-updates (so you know who you’re chasing) and you can even scan for criminals and hidden clues. 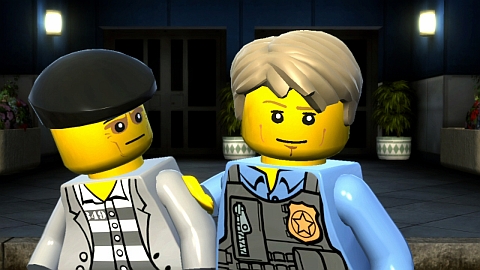 But while other LEGO games have always had you running around a level, moving from one area to the next, LEGO City: Undercover promises to be an entirely different experience; giving you free reign over an entire city of LEGO goodness. Being able to go wherever you want, whenever you want, in a city bustling with LEGO characters and crooks that need to be hunted down and reprimanded. 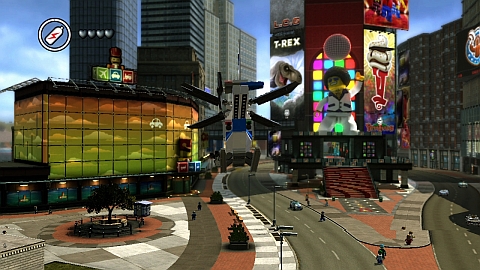 Being an undercover detective means Chase McCain has all kinds of disguises, letting your character turn into everything from a fire-fighter to a construction-worker, or even a robber – with each disguise having their own special abilities for getting through the game. 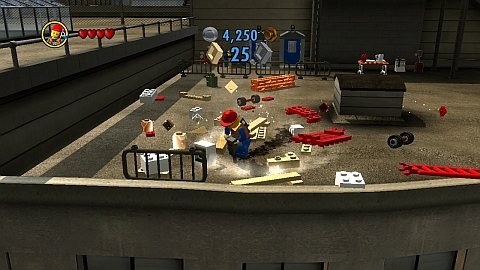 LEGO City: Undercover is of course also full of cars, motorbikes, and even an aircraft! – for chasing around those bad-guys. 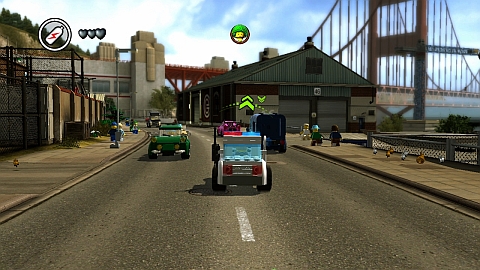 LEGO City: Undercover can be used as a single-player game, or as a two-payer co-op. However it is not yet clear how this will be achieved. As you have an entire city to wonder around, without the constrains of a much-narrower-in-scope level, it is not clear if there will be a split-screen? Or if both players will be locked to the same screen, with the second player riding as a passenger in the vehicles? Or perhaps one player using the Wii U GamePad and the other the TV? Or maybe, for the first time in LEGO history, it will be online co-op only – although that seems pretty unlikely. 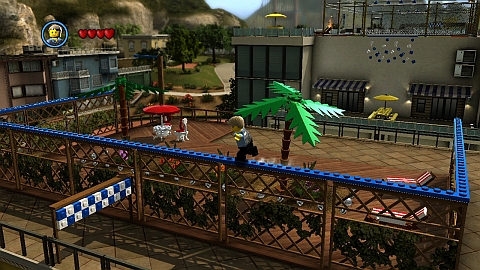 Apparently there is also going to be a 3DS version of LEGO City: Undercover, but information on it is sketchy – although most likely it would work pretty similar to the Wii U version. Whether it’ll have co-op, StreetPass or SpotPass functionality remains to be seen. 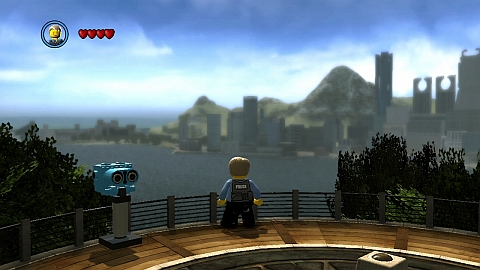 So far no release date has been announced for LEGO City: Undercover, except a vague “Holiday 2012”. So LEGO City fans will just have to wait, but I will keep you updated if I hear any more details. Until then, here’s the trailer of the new LEGO City game to make you feel better:

So, what do you think of the new LEGO City game? Do you like the features revealed so far? Would you play it? Share your thoughts below! Also, I’m a KFOL (Kid-Fan-of-LEGO) and this is my first post here. Thanks for reading this article. Expect more soon! Feedback is appreciated! 😀