A LEGO story of humor & crime: The Bureau

Remember the LEGO story I shared with you at the beginning of May? (See here: A LEGO Story – Behind the Scenes…) It was the story of farmer Wilf & Emily, told in LEGO vignettes by British LEGO-fan Erik. Well, tomorrow Erik is launching a new LEGO story called “The Bureau”. 🙂 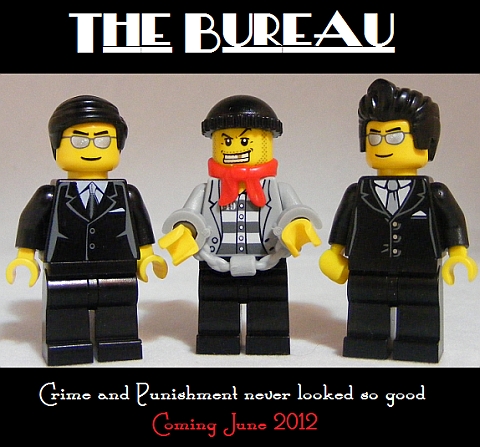 Here is what Erik says about making his new LEGO story:

What a relief! After a lot of work this past weekend I can now confirm that “The Bureau – Going Bananas” is now complete and scheduled for publication. I know now how movie-directors and producers must feel when their movies are finally “in the can” and they can relax a little. I’m sure though that this period of relaxation is only short-lived as the pressure to the movie’s release starts to build up. That is where I’m at now.  With the season-premiere this Saturday I’m now beginning to have doubts; “Is it funny enough?”, “Will people enjoy it?”, “Is it too short or too long?”

Judging from the success of Erik’s previous story, I don’t think he has anything to worry about, however I do understand what he means; each time you risk doing something new there is the possibility of success or failure – but that is where the excitement lies! And since writing and making LEGO stories is a fun process already, if other people like it too that is just icing on the cake! 😛

Going back to “The Bureau”, here is the introduction from Erik:

“The Bureau – Going Bananas” is a police-based story featuring two Bureau special agents; Agent Elvis Hoover and Agent Stanley Morgan. Agent Hoover is a new recruit to the Bureau only graduated after his grandfather, the Bureau’s founder pulled a few strings. Elvis is accident-prone and wherever he is, disaster isn’t usually far behind. The Bureau Captain, Captain Jackson, has partnered Elvis with Agent Stanley Morgan. Agent Morgan is a Bureau-veteran who has been there 35 years. Hopefully Agent Morgan will be able to keep young Elvis under control.

The Bureau is a department of highly trained agents stationed in the cities’ Police Precincts. All these agents are trained in the use of special weapons and tactics, and each one of them is a one-man-war on terror. Their remit is to deal with crime too dangerous for normal police officers. We’ll follow these agents as they battle crime and protect the public, making the streets safer for civilians like you and I…

If you would like to check out Erik’s new LEGO story, head over to BrickStories.co.uk – The Bureau. Remember; the premiere is tomorrow, the 2nd of June (UK time), so you will need to wait a little. 🙄 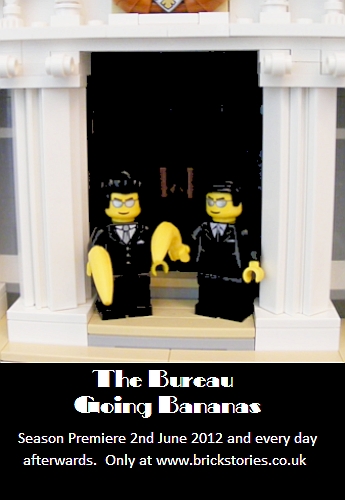 Erik always appreciates feedback, so please let him know what you think, either in the comment section below or over at his website. Getting input helps Erik to improve and refine his stories, so your opinion greatly valued and will be put to good use! 😉

You may also want to head over to the Featured LEGO Creations section to read what other creative LEGO artists have produced: