The future of LEGO Ninjago…

There has been a lot of questions and speculations about the future of LEGO Ninjago. Some of the burning questions include: Will Ninjago really end in 2013? When is the new season coming? What is the plot of the new season of Ninjago? 🙄

So I thought to contact LEGO directly and find out what is going on. Though my correspondence with LEGO I have learned that they are starting a brand new season this July 18th. (Of course you know that already from the Ninjago Season 3 Trailer posted last week.) 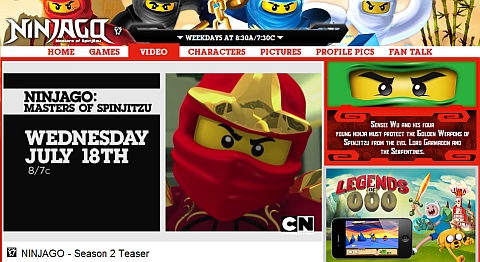 The LEGO representative I talked to was not aware of any Ninjago Season 3 sets, but that doesn’t matter – at least not now, when we are still enjoying the awesomeness of the current sets.

I also inquired if Ninjago is indeed ending in 2013 as LEGO’s North American Community Coordinator, Kevin Hinkle, has announced previously. I was told, “We do not have any confirmation that the Ninjago series will be discontinued in 2013.”  That’s kind of contradictory, but at least it gives us hope that Ninjago will stick around for awhile! 🙂

Here is the new Ninjago theme-song “Born to be a Ninja” by The Fold:

2013 and beyond is still long ahead of us, so let’s enjoy this new season of Ninjago starting July 18th! Here’s a taste of what we can look forward to:

The peace at the Land of Ninjago after the destruction of the Great Devourer is short lived, as Lord Garmadon captured the Four Weapons of Spinjitzu, and is even more determined to rule all of Ninjago. Now he will make the four weapons into a Super Weapon which is capable of destroying the ninja and his brother, Sensei Wu! The ninja must train Lloyd in the ways of Spinjitzu to get him prepared for the final duel against his father, Lord Garmadon. Battling pirates is bad enough, but with Lord Garmadon as the new Serpentine leader they are a threat once again! Can Lloyd, Kai, Cole, Zane, and Jay defeat Garmadon, the serpentine, and the terrifying pirates? Stay tuned to find out!

In addition, Cartoon Network is having reruns of the Ninjago Rise of the Snakes episodes from June 22-29, so you can catch all the old episodes this week.  Be ready for some Ninjago action all week long! And if you missed the trailer for Season 3 you can watch it here: Ninjago Season 3 Trailer 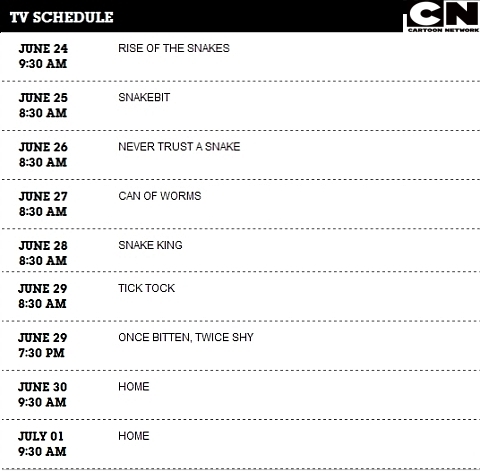 By the way; this is my first post here, and I’m a KFOL (Kid-Fan-of-LEGO). Your comments and feedback are appreciated. Also, look forward to more LEGO news from me soon! 😀

And if you would like to see more news, videos, pictures and discussion on Ninjago, head over to the LEGO Ninjago section, or select from some of the recent posts below: