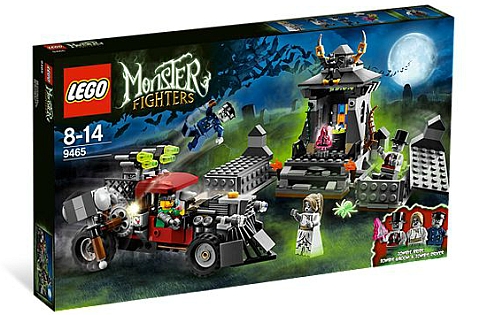 The LEGO Monster Fighters Zombies set comes with three zombies, Jack McHammer (the hero) and 447 pieces to build a grave-yard with two coffins and a creepy crypt, and Jack McHammer’s vehicle with giant zombie-smashing hammers. Here is a picture of the set: 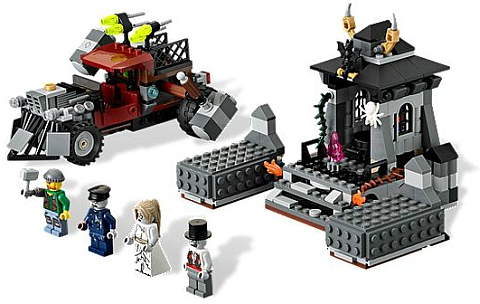 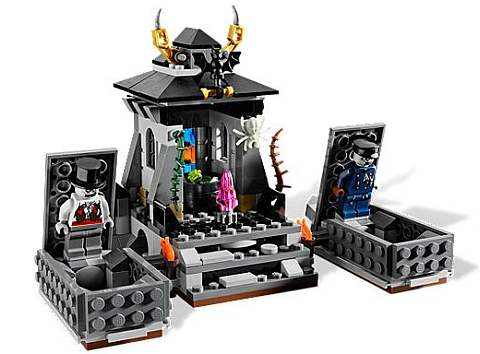 If you like the LEGO Monster Fighters theme, this is a great set to get. With a graveyard, four minifigures and a vehicle, it has plenty of play-value. If you are not into monster-fighting, you may still like this set for the three unique zombies that would work well in post-apoc or haunted-castle settings. Here is a picture of the three zombies in the set as well as the zombie from the first Collectible Minifigure series pictured on the right (images from BrickLink). You can now build a whole horde of these guys! 😈

The vehicle is not bad either, with some nice features and lovely colors. You can easily rework it into a classic-style or steampunk-ish vehicle, if you don’t care for those big hammers and flick-fire missiles. 🙄 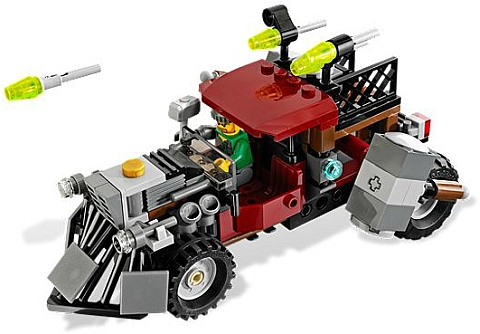 The LEGO Monster Fighters Zombies set is now available at the Online LEGO Shop, along with all the other sets in the series (except for the #1022 Haunted House, which will be released September 1st). The Zombies set is $39.99, which comes to 8 cents a piece – pretty standard for today’s LEGO sets. You can check out further details or buy at the LEGO Shop. 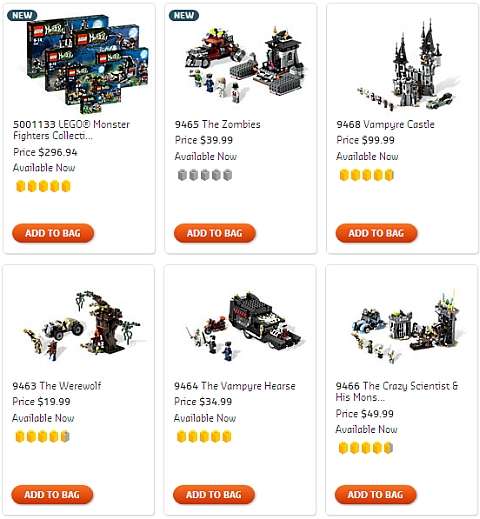 So what do you think of the LEGO Monster Fighters Zombies? Do you like the series, or do you build other zombie-scenes? Share your thoughts in the comment section below! 😉

Also, you may like to check out these related posts and discussions: