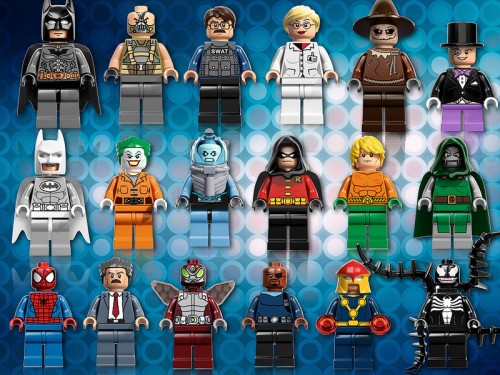 We have a chance to look at each of the LEGO Super Heroes minifigures coming next year, thanks to our friends over at FBTB.net who participated at the event and took pictures for the LEGO community. Check them out below!

That’s a lot of LEGO Super Heroes minifigures don’t you think? Which of course also means there should be several new sets coming out next year! So how do you like the minifigures so far, and what do you think the sets will be? Share your thoughts in the comment section below! 😉

You can also head over to the LEGO Super Heroes section for more news, reviews and discussions, or select from the recent posts below:

Next post: More LEGO Lord of the Rings mini-movies