LEGO Star Wars relativity and beyond… 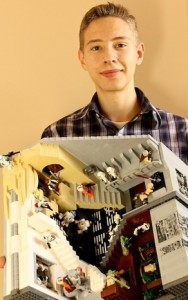 Here is what Paul says about his LEGO Star Wars creation: “Six months in the making, I present my largest creation to date: a 1x1x1 foot model of M.C. Escher’s print “Relativity” reenacted in the LEGO Star Wars theme. A far larger, cleaner, and more detailed rehashing of my 2010 version, this diorama is fully lit from the inside, presents the original Star Wars trilogy in a roughly counter-clockwise format, and even features a minifig-scale theatre in the back which plays LEGO’s CG version of the Star Wars saga. Enjoy!” 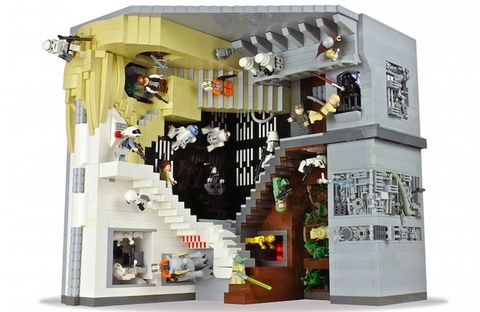 Paul managed to cram the entire Star Wars Original Trilogy into one stunning LEGO diorama. This is truly a work of art and an impressive design and engineering feat. In addition it beautifully captures the spirit of both Escher and of the Star Wars saga. Below is the original mind-bending drawing by Dutch artist M.C. Escher from 1953, titled “Relativity”. 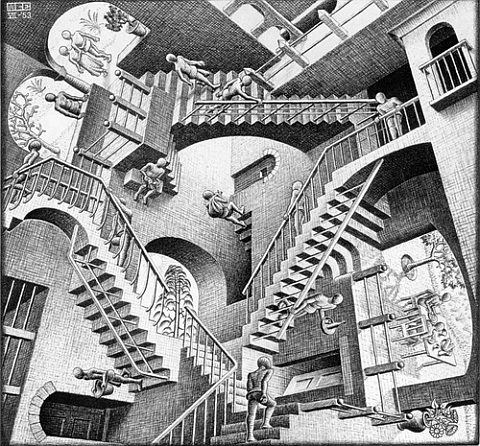 And here is Paul’s LEGO Star Wars version of “Relativity”. Paul says: “I attempted to stay as true as possible to the geometry and proportions of Escher’s work, while bringing in the colors, worlds, and characters of Star Wars, and the freshness of the LEGO medium. Unlike my first version of this concept, this LEGO diorama was not built solely for the finished replication photograph.” 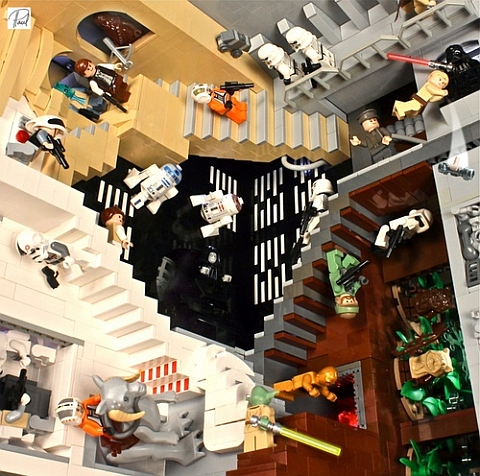 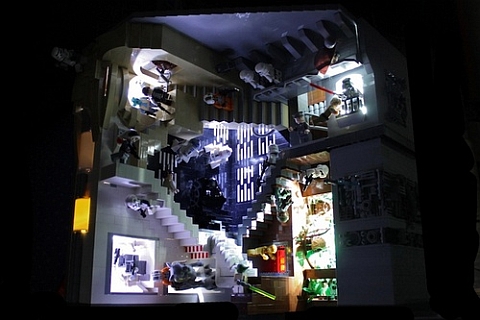 Please note that Paul’s LEGO Star Wars Relativity diorama has many details and scenes not completely visible in the above frontal pictures. There are also scenes on the ceiling and at the back, not visible from the front. Be sure to check out Paul’s MOCpages for more photos and hidden details. 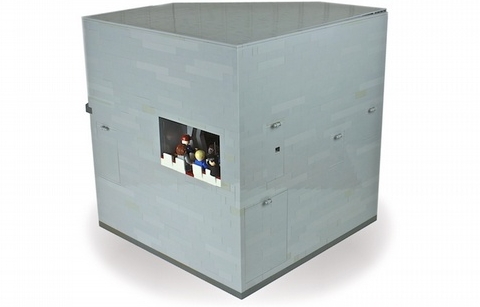 Since Paul first posted his amazing LEGO Star Wars diorama, it has been featured on many blogs and websites, and also at the 2012 BrickWorld event in Chicago. 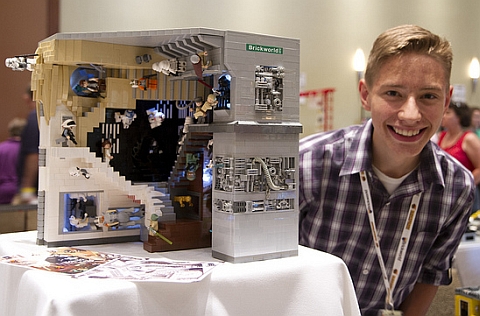 So what do you think? How do you like Paul’s diorama? And have you ever built a LEGO mind-twister based on Escher’s work? Share your thoughts in the comment section below! 😉