Today I would like to bring to your attention a LEGO Star War set that has not been talked about a lot. A few weeks ago I purchased the #9525 LEGO Star Wars Pre Vizsla’s Mandalorian Starfighter at a LEGO Store and I thought to share with you my thoughs on it. 😉 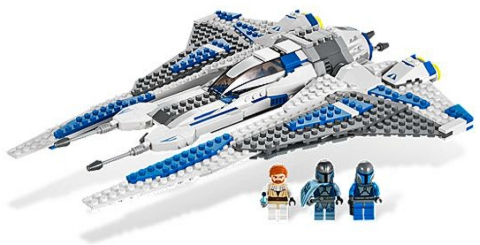 First let’s look at the official set description as it gives you a good idea of what is the story behind this set: Intent on returning the Mandalorians to their warrior ways, Pre Vizsla is returning to his secret base in his Mandalorian Fighter, the Gauntlet, after striking a deal with the evil Separatists. Can Obi-Wan follow him and prevent Pre Vizsla from plunging the galaxy into turmoil? The Gauntlet features rotating wings and turning cockpit for flying or landing modes, retractable landing gear, opening cockpit and cargo hatch. Includes 3 minifigures: Pre Vizsla, Mandalorian and Obi-Wan Kenobi. 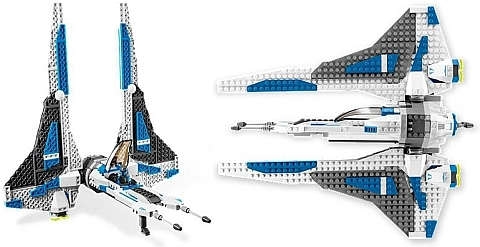 Three minifigures included with the Mandalorian Fighter. First, there is Obi-Wan Kenobi – nothing too special about him; same version as in other recent LEGO Star Wars sets. He does look good though and pretty accurate. Then there is a regular Mandalorian – the same minifigure as in the #7914 LEGO Star Wars Mandalorian Battle-Pack that was released last year. The real jewel of the set is Pre Vizsla himself. He is super special with a unique helmet, unique torso-print, and even his legs are printed! He also comes with a really nice cape. And his jetpack is pearl-dark-gray instead of dark-bluish-gray, like the other Mandalorians. 😀 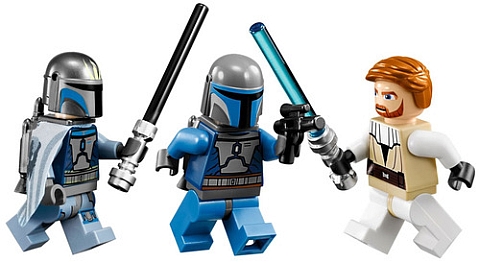 Now it’s time for the review on the Mandalorian fighter itself. It is VERY swooshable, especially since it has the rotating wings. It also has retractable landing-gear, opening cockpit with space for 2 minifigures, darksaber compartment and cargo-hatch. At least to me, the cargo-hatch is the best part of a starfighter (I even built my own into #8095 LEGO Star Wars General Grievous’ Starfighter), and I like the cargo-hatch of the Mandalorian fighter the most. It even comes with a small box, similar to the one in the #7930 LEGO Star Wars Bounty Hunter Assault Gunship. 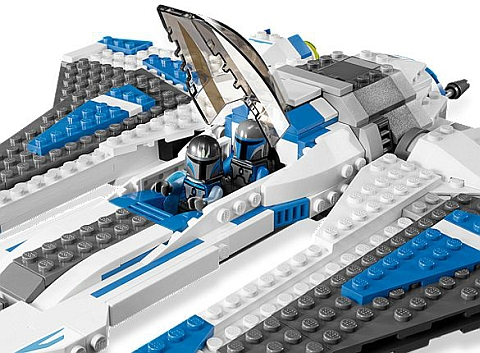 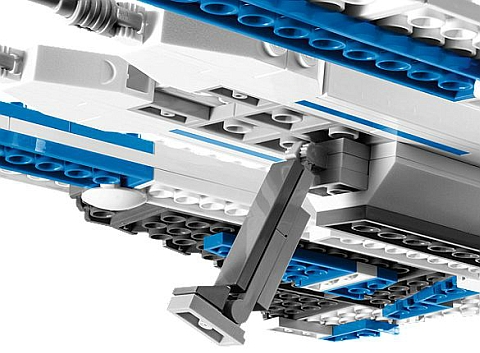 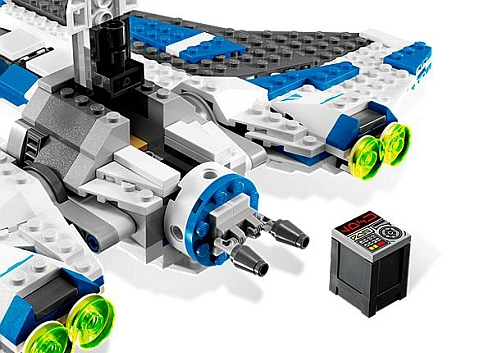 All in all I highly recommend this LEGO Star Wars set. It may not be the coolest ship in the Galaxy, but it is a solid starfighter with great features, lots of playability, and three nice minifigures – with Pre Vizsla being unique to this set. It costs $49.99 which is not bad at all for a great ship like this. You can check out more details and buy at the Online LEGO Shop. Here is the link: #9525 LEGO Star Wars Pre Vizsla’s Mandalorian Fighter 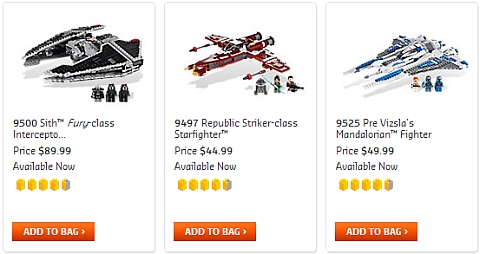 What do you think of the LEGO Star Wars Mandalorian Fighter? Do you have it already? Or is it on your wanted list? How do you like the features? And what about the minifigs? Feel free to share your thoughts in the comment section below. 🙂

Also, just wanted to mention that I’m at TFOL (Teen-Fan-of-LEGO) and this is my first post at theBrickBlogger. I’m planning to do more reviews in the future, so any feedback and constructive criticism is appreciated. Thank you! You may also like to browse the LEGO Star Wars section for more news, reviews and discussions or select from these recent posts: