LEGO is gearing up to the release of the Legends of Chima theme next year. The LEGO Legends of Chima website now includes two short videos as well as changing teaser-images from the world of Chima – just to give you a taste for what’s coming in January. 😛

LEGO is expecting Legends of Chima to be huge. In fact so big that they predict Chima will surpass the success of Ninjago. Some LEGO fans – especially Ninjago fans – are doubtful (even resentful) about this, but LEGO is certainly making sure they are giving Chima as much boost as possible.

There will be LEGO Legends of Chima sets, a TV show, a game called Speedorz, six Hero-Factory-style buildable figures and also board-games. LEGO will also run Speedorz tournaments – called the LEGO Chima Challenge – at LEGO stores and most likely larger toy stores like Toys’R’Us (like they have done with the Ninjago game). 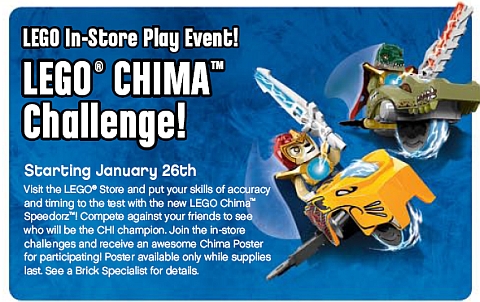 LEGO Legends of Chima is centered around the conflict between six tribes. There are three good tribes (Lions, Eagles and Gorillas) and three bad tribes (Crocodiles, Ravens and Wolves). There will be a lot of characters, but it will be fairly easy to identify them as the name of each character starts with the first letter of their tribe’s name. So for example you can tell that Laval is from the Lion tribe, Eris is from the Eagle tribe, Gorzan is a Gorilla, Cragger is a crocodile, Worriz is a wolf, and Razar is a raven. 🙂

Adding in the fist wave of LEGO Legends of Chima sets coming in January 2013, that’s 37 sets so far! If you are interested in Chima you better start saving up your money now as this is going to be an expensive year if you want to collect all the sets in the series! 🙄 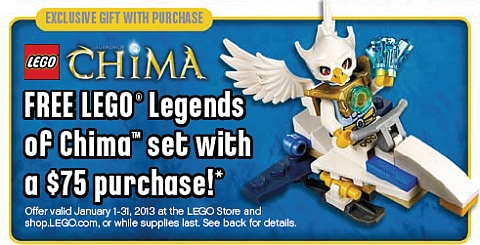 Looks like LEGO is definitely excited about Legends of Chima and have great confidence that the theme will perform well. What do you think? How do you like Chima now that we start to have more info? Share your thoughts in the comment section below! 😉

You might also like to check out the LEGO Legends of Chima section for more news, reviews videos and discussions, or choose from the posts below:

Previous post: Bring your LEGO creations to life with ATOMS!