LEGO Legend of Chima fans have been discussing the possibility of a Lion Temple coming, as the temple plays such an important role in the story – it just made sense. And since the London Toy Fair we know for sure that we will in fact get a CHI temple for the lions! The set is called the #70010 LEGO Legends of Chima Lion CHI Temple, and it is the largest Chima set so far. (Click on image for larger view.) Check it out! 😛 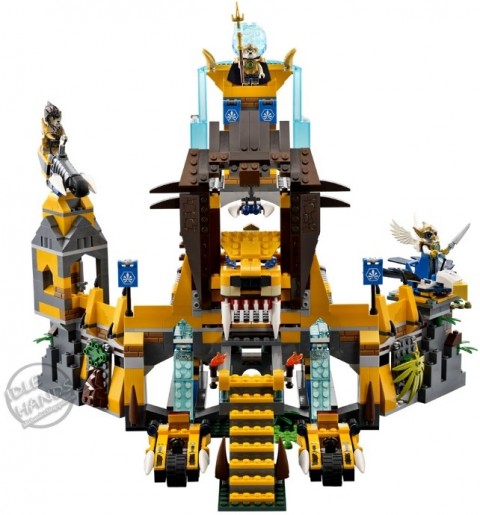 As you can see the LEGO Legends of Chima Lion Temple follows the trend of the Chima sets where the vehicles and structures take on the shape of the animals that use them, by this providing a very interesting building experience with some clever LEGO parts usage. So far we have three sets with some very impressive Lion Heads: 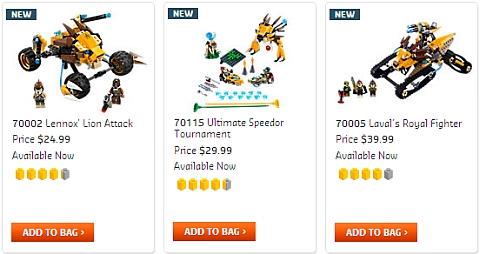 The Lion head of the temple is quite nice, with lots of teeth. Not my favorite Lion head amongst the Chima sets featuring Lions, but it is still impressive… especially because of those teeth… lots of teeth… okay, I said that already. 🙄 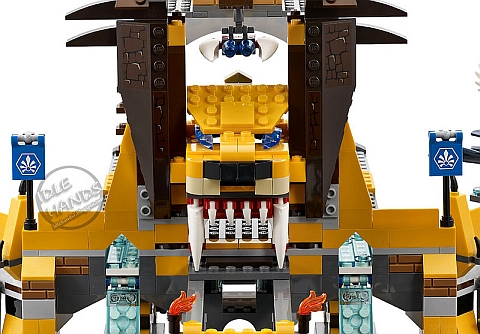 The main attraction of the Lion CHI Temple is of course the CHI itself, which cascades beautifully through the temple from top to bottom, represented by some nice trans-blue elements. And there are also weapons and missiles of all types to protect the Lion Temple and the CHI from any badguys who would want to take CHI without permission. 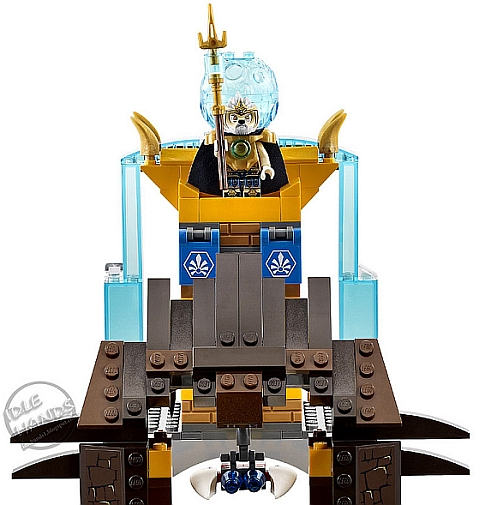 There will be seven minifigures included with the LEGO Legends of Chima Lion CHI Temple:  the lions Lagravis, Laval, Longtooth, Ewald the eagle, crocodiles Cragger and Crawley, and Razar the raven. 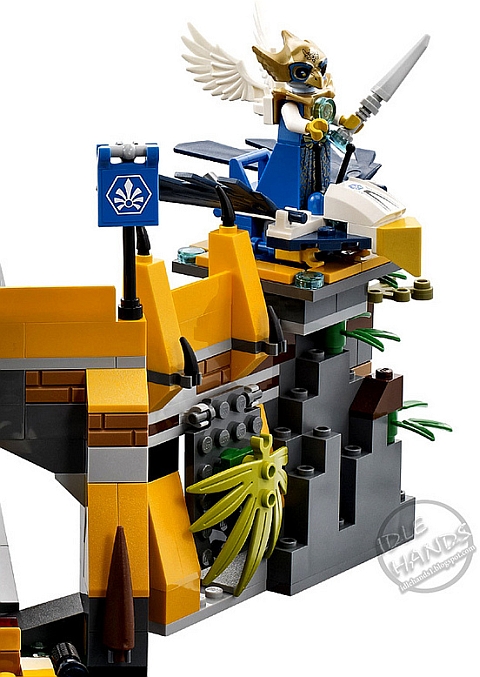 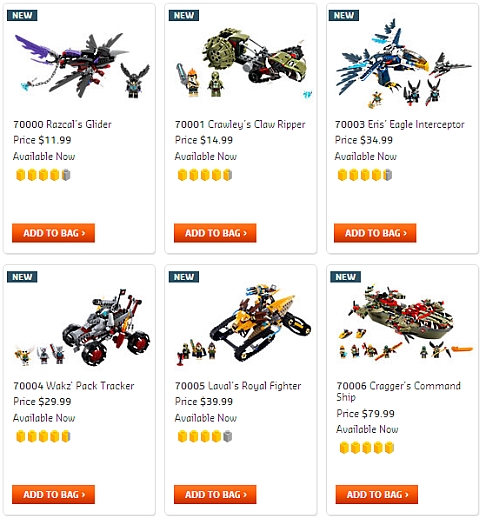 So what do you think? How do you like the Legends of Chima Lion Temple? Is it how you were imagining it when you first heard of it coming? Is it better? Is it worse? Feel free to share your opinion in the comment section below! Would love to hear your thoughts on it! 😉

You might also like to check out the LEGO Legends of Chima section for more news and discussions, or select from the following recent posts: