More and more pictures and videos are trickling in from the German Toy Fair about the LEGO sets coming this summer and fall. Today I would like to show you a couple of the upcoming LEGO Technic sets, because they are just so awesome! Take a look below (click image for larger view)! 😛 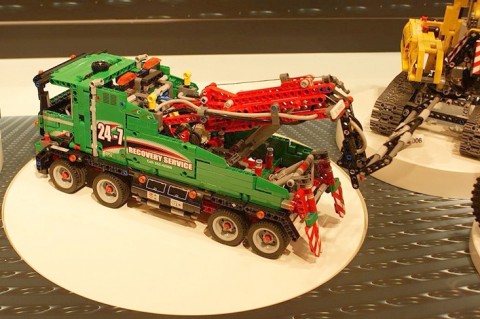 We have discussed the 2013 LEGO sets coming this summer and fall and first revealed at the London Toy Fair a couple of weeks ago (see: Summer & Fall 2013 LEGO Sets), however at that event no pictures were allowed. At the recent German Toy Fair though, taking pictures and videos were welcome, so we have a chance to take a first look at the upcoming sets.

Here is a list of the LEGO Technic sets scheduled for this fall:

In the video below you have a chance to look at the 2013 LEGO Technic models and also see the Power Function features of the #42009 LEGO Technic Mobile Crane and the #42008 LEGO Technic Service Truck in action. Check out these monsters! 😎

Aren’t they impressive? These are great LEGO sets for anyone who love tinkering with trucks, interested in mechanics, or who is already familiar with the LEGO Technic line. Unfortunately we do have to wait a few months for these sets to become available, however in the meantime you can check out the currently available LEGO Technic sets at the Online LEGO Shop. 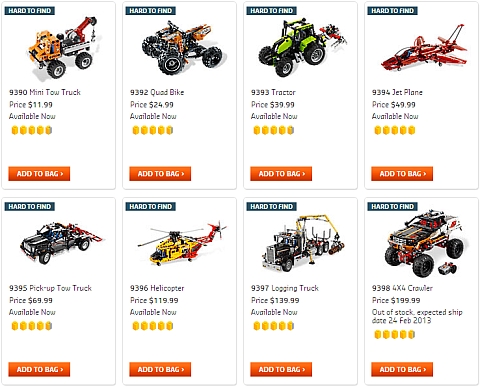 What do you think? How do you like the 2013 LEGO Technic sets? Any of them you like the most and a must have on your wish-list? Feel free to share and discuss in the comment section below! 😉