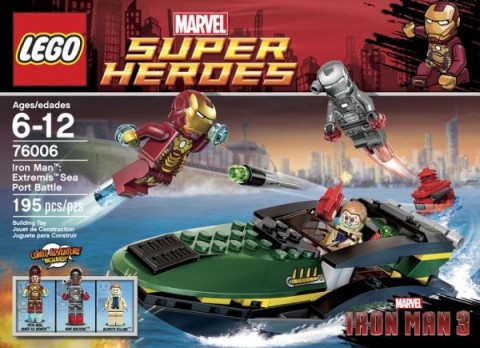 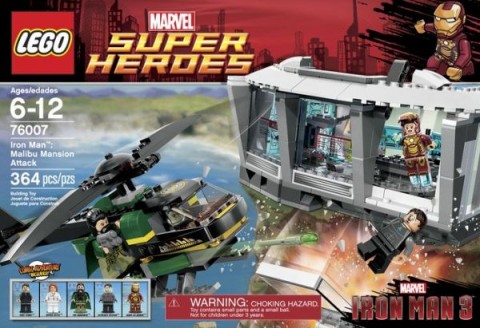 ➡ #76008 LEGO IRON MAN VS. THE MANDARIN: It’s a Mandarin Face Off at the Miami dockside in the final battle between Iron Man and the Mandarin. Take on the ultra-tough armored car and its rotating flamethrower with dual flame flick missiles. Fly circles around the bad guy and don’t let him scorch this super hero. Includes 2 minifigures and a weapon: Iron Man with Heart Breaker Armor, and the Mandarin. Price: $12.99 – BUY ON AMAZON 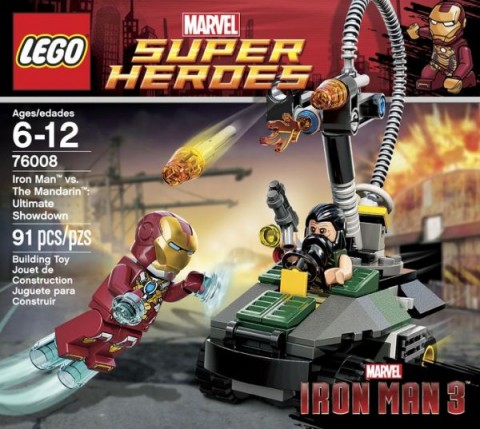 As you can see all three LEGO Iron Man 3 sets are affordable, contain unique minifigures, and are nice playsets as well. The Malibu Mansion is a particularly nice set Iron Man fans should be happy about. Also, remember that Amazon offers free shipping for orders over $25 and no tax for most states, so ordering directly from them actually ends up being cheaper then buying from a local retail store. 😀

What do you think? How do you like the LEGO Iron Man 3 sets? Any of them is a must-have on your LEGO shopping list? Feel free to share and discuss in the comment section below! 😉

And you might also like to check out the LEGO Super Heroes section for more news, reviews and discussions, or select from these recent posts: