Remember the LEGO Star Wars TC-14 that was available last year a special promotional minifigure? A lot of people were unhappy that they were not able to get one, and were trying to find them on the secondary market like Amazon, eBay and BrickLink. The news and excitement have kind of died down since then and the prices dropped, so if you are still looking for one right now it’s actually a good time to pick one up on eBay. 😉 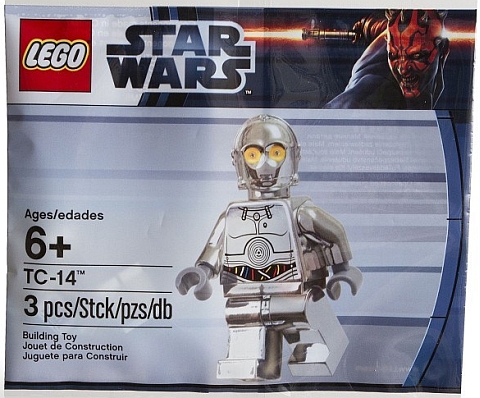 The TC-14 is still one of the most unique LEGO Star Wars minifigures, and really one of the best LEGO minifigures of all time; it is chrome, it is printed beautifully, and the details are amazing – much more realistic than the first version of C-3PO. If you are a collector the TC-14 is a must addition to your protocol-droid collection.

I also missed out on the promotional offer last May so I decided pick up my LEGO Star Wars TC-14 on eBay a couple of months later. The parcel arrived in a few days with TC-14 in the original LEGO polybag. I was very excited, but when I unpacked TC-14 I noticed scratches on the torso and started to get concerned. But then I read other people’s reviews and found out that this was a common issue. Here are a couple of pictures by Huw from Brickset showing the micro-scratches: 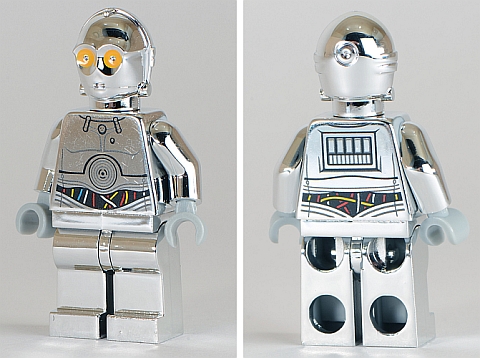 Apparently this has something to do with the production process. The scratches are actually on the plastic, not on the chrome, but viewed from a certain angle they show up under the chrome layer. The chrome plating is beautiful and very well done though, and the scratched only show up when looked at very closely. I love how the minifig shines when hit by the light! 🙂

Another minor issue is that the chrome doesn’t cover all parts of TC-14. First of all the hands are not plated. The inside of the legs are light-gray, and also the inside of the arms and the shoulder area. This is because the arms are raised during chroming. Hopefully the chroming process will improve in the future eliminating this problem.

Anyhow the LEGO Star Wars TC-14 is an awesome minifigure and definitely a collectors’ item. I would love if LEGO would produce more chrome minifigures as they really do look awesome! Here is a great picture by HothBricks of C-3PO meeting TC-14 the first time. 😀 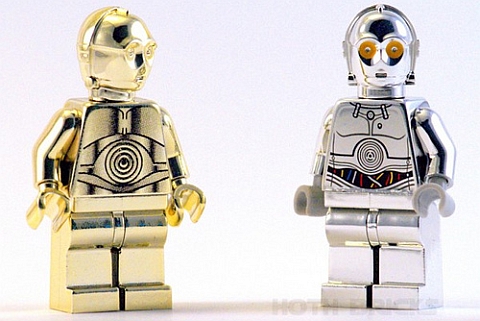 
Anyhow, I hope this review helped you a bit to decide if you would like to add the LEGO Star Wars TC-14 to your minifigure collection. If you have any questions and comments please share them below! I’m a TFOL (Teen-Fan-of-LEGO) and this is my second article here at theBrickBlogger. You can read my first post here: LEGO and Violence – a Gray Area…