I just got the May-June issue of the LEGO Club Magazine, and I read something interesting on the last page; there is a new LEGO Master Builder level is coming- and this time with a steampunk theme! The LEGO Club Magazine picture shows an awesome steampunk-ish city with high-rise buildings, steam-engine cars and elevated trains, and of course airships of all sizes and shapes. There are also lots of gears and steam everywhere! 🙂 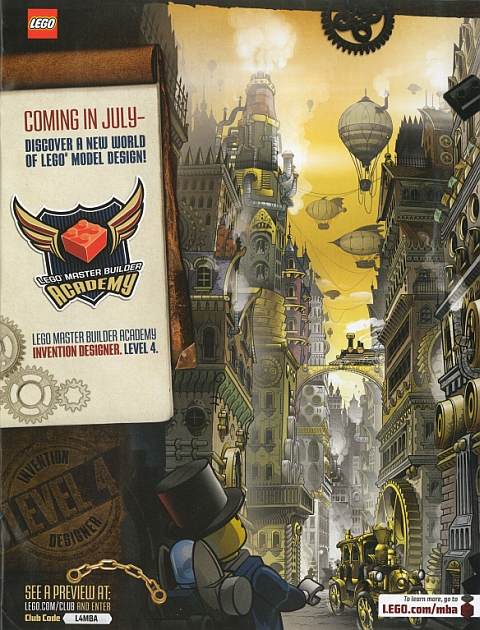 In case you are not familiar with the steampunk culture, here is a brief summary from Wikipedia: Steampunk is a sub-genre of science fiction that typically features steam-powered machinery, especially in a setting inspired by industrialized Western civilization during the 19th century. Therefore, steampunk works are often set in an alternate history of the 19th century’s British Victorian era or American Wild West, in a post-apocalyptic future during which steam power has regained mainstream use, or in a fantasy world that similarly employs steam power. Steampunk perhaps most recognizably features anachronistic technologies or retro-futuristic inventions as people in the 19th century might have envisioned them, and is likewise rooted in the era’s perspective on fashion, culture, architectural style, and art. Such technology may include fictional machines like those found in the works of H. G. Wells and Jules Verne, or the modern authors Philip Pullman, Scott Westerfeld, and China Miéville. Other examples of steampunk contain alternate history-style presentations of such technology as lighter-than-air airships, analog computers, or such digital mechanical computers as Charles Babbage and Ada Lovelace’s Analytical Engine. 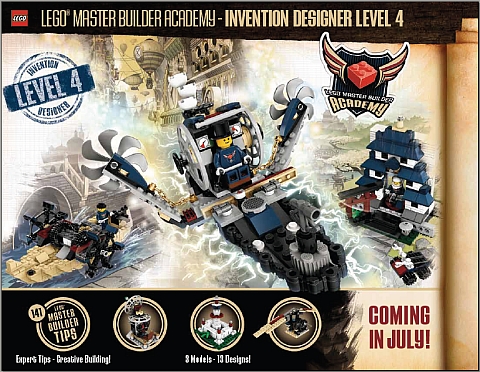 LEGO fans have been long making steampunk creations – usually characterized by above mentioned fantastic machines and vehicles with dominant colors of brown and gold. In addition the LEGO Monster Fighters theme had somewhat of a steampunk-ish feel. And now it seems like LEGO is going full steampunk with the LEGO Master Builder Academy Level 4 sets!

The LEGO Master Builder Academy Level 4 is called Invention Designer and includes 3 kits (LEGO MBA kits 10-12) as usual with 13 different designs. Below are the descriptions of each set.

➡ TRAVEL TO THE PAST… AND DESING THE FUTURE! – Launch your Invention Designer adventure! LEGO Master Builders merge the futuristic idea of time-travel with the clockwork gears and puffing steam-engines of the Victorian 1800’s – Steampunk! Steampunk is a science-fiction art-form that imagines the future as people might have in the past. Let it inspire all kinds of new ideas, and pick up some tips from professional LEGO designers on how to make your creations look futuristic, industrial or just plain cool! 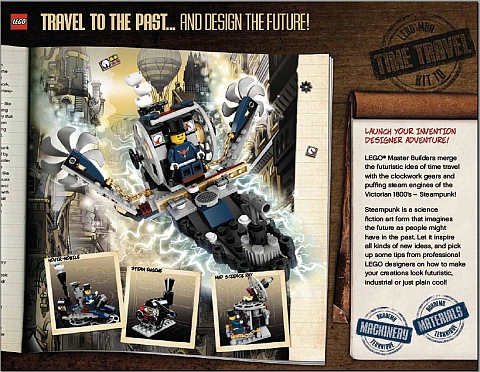 ➡ MASTER HISTORICAL DESIGNS… TO BUILD MODELS FOR ANY PLACE OR TIME! – Designing & building realistic architecture! – LEGO Master Builders are influenced by real-world architecture when they design new LEGO sets. Learn how they use different styles from different eras or cultures to create all-new models! Whether it’s Roman windows, Asian temples or medieval houses, mastering these styles expands your building skills and helps you see new uses for all your LEGO pieces! 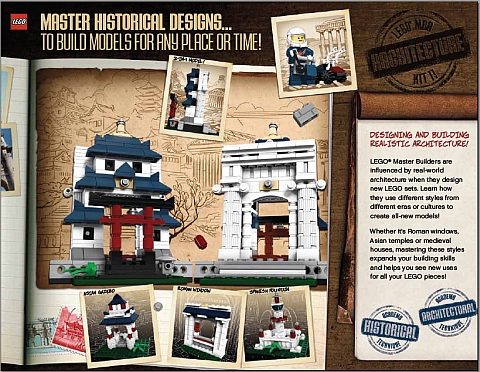 ➡ YOU ARE THE INVENTOR… ADD MOVEMENT AND FUNCTIONALITY TO YOUR CREATIONS! – Follow in the footsteps of the great inventor Leonardo da Vinci! Build a model of one of his most famous inventions, a boat with two large paddle-wheels on its side! As you build it and more designs in this set, learn how to add gears and other mechanisms to your models to create real movement and functions! Be inspired by the LEGO Master Builders – and Leonardo – to imagine your own inventions! 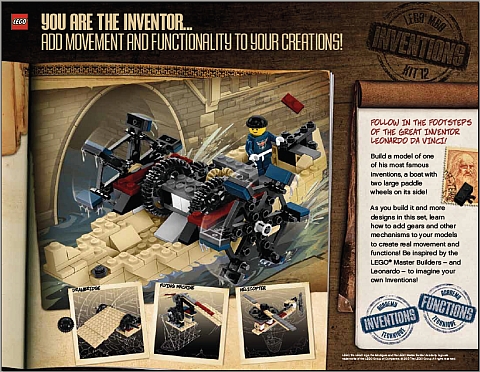 LEGO Master Builder Academy Level 4 should be available in July. In the meantime you can check out the previously released LEGO MBA sets at the Online LEGO Shop. They are an excellent way to learn advanced LEGO building techniques and have been a favorite of both adults and kids. 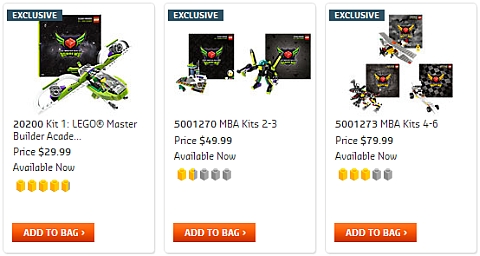 So what do you think? How do you like the kits in LEGO Master Builder Academy Level 4? Feel free to share and discuss in the comment section below! And if you would like to see all the pictures yourself you can go to LEGO.com/CLUB and enter the club-code: L4MBA 😉 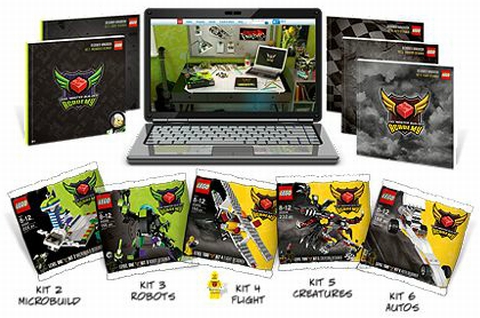 Previous post: LEGO Lord of the Rings Tower of Orthanc