You may remember that the 2013 LEGO Castle sets have been revealed at the Toy Fairs back in January/February. At that time we were only able to look at photos that LEGO fans snapped at the events (see 2013 LEGO Sets – LEGO Castle Coming Back!), but now we have a chance to look at the official images in great detail, thanks to Brickset who just added them to their database.  So let’s take a closer look to see what we are getting (you can click on images for larger view). They will be available in August! 🙂

➡ #70400 LEGO CASTLE FOREST AMBUSH– the standard setup of two lion knights carrying some treasure, and two dragon knights trying to steal it all. Comes with 90 pieces and 4 minifigures. PRICE: $11.99 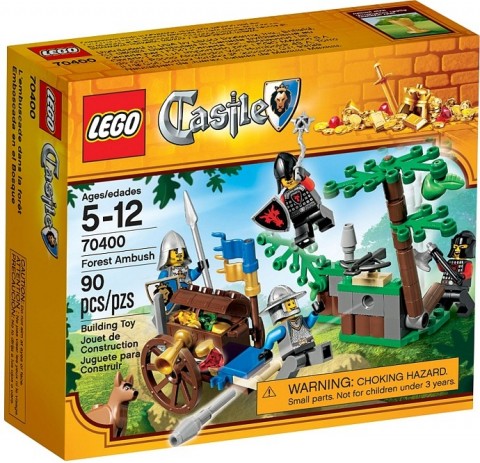 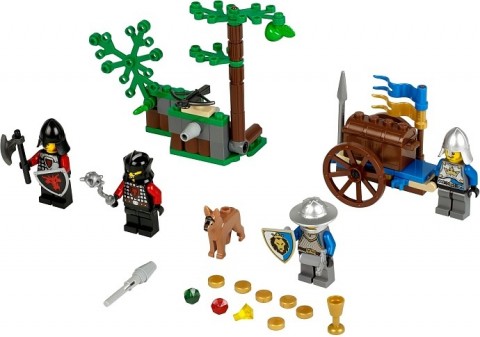 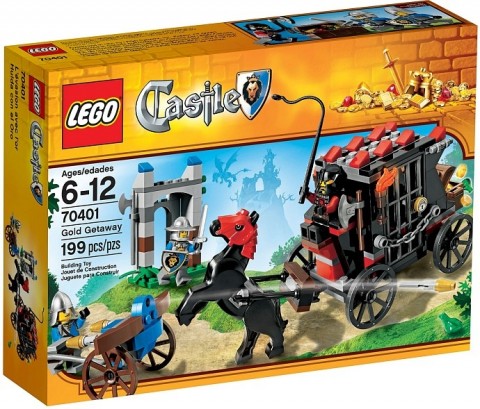 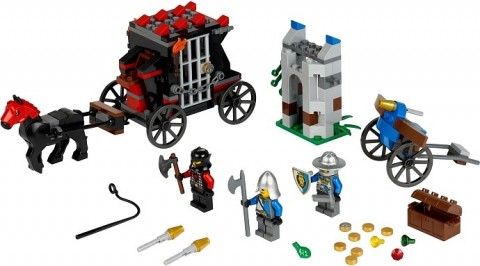 ➡ #70402 LEGO CASTLE GATEHOURSE RAID – here the Dragon Knights are trying to take over a small Lion Knight gatehouse. Please note that the horse is the new design with the movable back legs, and the barding and head-armor for the horse are also new, as the old style armor pieces don’t fit the new horse. Comes with 248 pieces and 4 minifigures. PRICE: $29.99 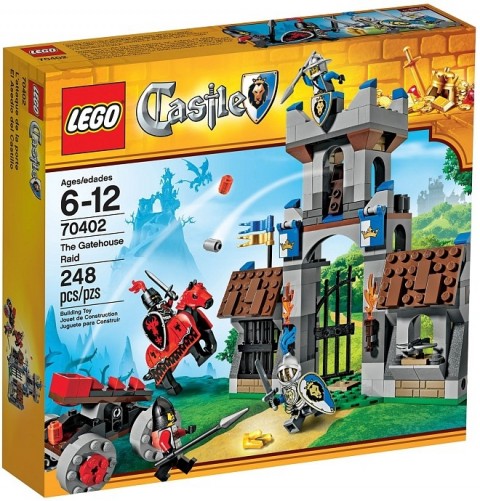 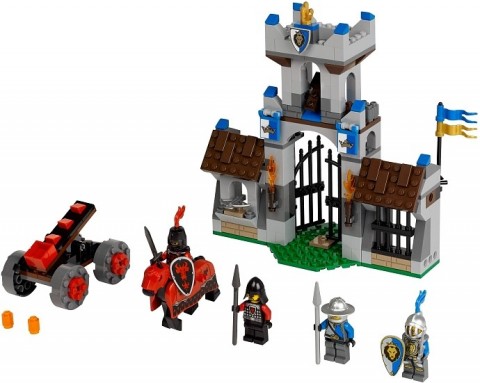 ➡ #70403 LEGO CASTLE DRAGON MOUNTAIN – one of the larger sets in the series with the Lion Knights trying to rescue their princess in distress from the Dragon Wizard’s outpost. The dragon is really sweet and I’m glad it’s back! Comes with 376 pieces and 5 minifigures. PRICE: $49.99 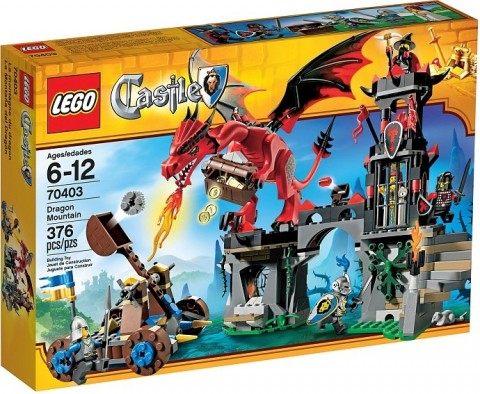 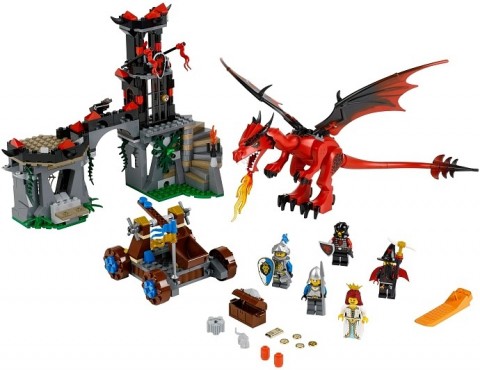 ➡ #70404 LEGO CASTLE KING’S CASTLE – the largest in the 2013 LEGO Castle sets. Includes a massive castle for the Lion Knights and a siege-machine for the Dragon Knights. There is also another new-style horse with new barding and head-armor. Comes with 996 pieces and 7 minifigures. PRICE: $99.99 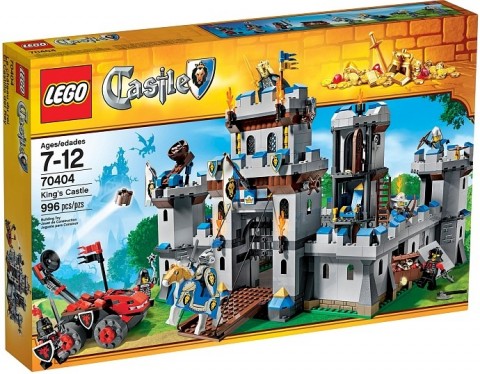 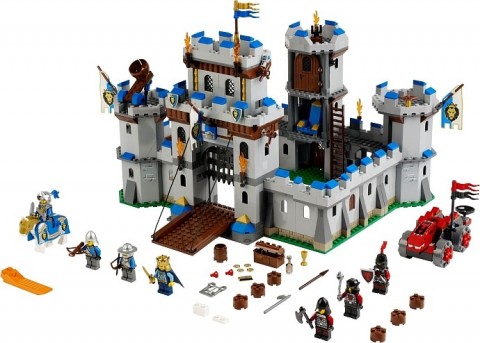 I know LEGO Castle fans have been excitedly waiting for the 2013 LEGO Castle line. Some people find these sets somewhat lackluster (especially those who are fans of the previously released LEGO Castle Fantasy Era theme), however I believe it was a good decision by LEGO to stay with the time-proven basics. After all they also have the LEGO Lord of the Rings and LEGO The Hobbit sets at the same time which are already full of fantasy elements and minifigures. The King’s Castle is a solid large set that I believe would satisfy LEGO Castle fans, with the other sets being nice add-ons. And the minifigures are a nod to LEGO Classis Castle characters that should make old-timers happy.

And how about you? What do you think of the 2013 LEGO Castle line? Are you excited or going to pass? Feel free to share your thoughts and discuss in the comment section below! 😉