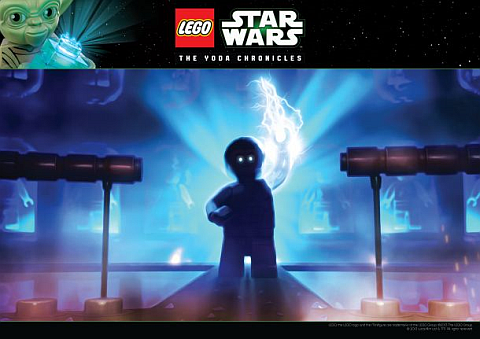 LEGO Star Wars: The Yoda Chronicles Set for Cartoon Network – New three-part animated special kicks off with “The Phantom Clone”. LEGO Star Wars will soon return to Cartoon Network with The Yoda Chronicles, a new Star Wars story told in three animated specials. The first 30-minute special titled “The Phantom Clone” will premiere on Wednesday, May 29 at 8pm ET/PT on CN, with the second and third installments airing later this year.

Set in the prequel era, “The Phantom Clone” centers on Jedi Master Yoda and a fresh class of Padawans who set out to stop Darth Sidious and his minions from creating a new super-weapon that could crush the Republic. The special will also introduce Jek 14, an all-new original clone character who has been “enhanced” by the Force. The Simpsons’ Michael Price wrote the script. The Yoda Chronicles marks the first time entirely new Star Wars characters and vehicles have been created specifically for LEGO Star Wars. Building sets related to the special and featuring Jek 14 will be available in August.

Also, don’t forget that there is the LEGO Star Wars: The Yoda Chronicles book from DK Publishing, which comes with an exclusive Special Forces Commander Clone Trooper. You can pre-order the book on Amazon right now for $10.90, which is 43% off the cover price of $18.99. The book is scheduled to ship around July 15. BUY HERE

So what do you think? Are you planning to watch the LEGO Star Wars: The Yoda Chronicles series on Cartoon Network? And how do you like the whole idea of a whole special Star Wars series just for LEGO? Feel free to share your thoughts and discuss in the comment section below! 😉

Next post: LEGO video: Notes from the LEGO Tub