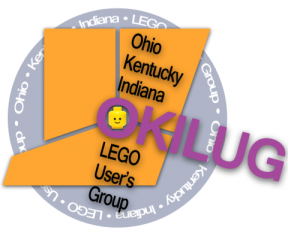 One of the best ways to get inspired in the LEGO hobby is to attend a LEGO event where you can see awesome LEGO creations personally, talk with the builders, make friends and get lots of ideas for your own LEGO projects.  There are many LEGO events throughout the year, and they are usually organized by LEGO User Groups (a.k.a. LUGs). On April 27 some friends and I went to the OKILUG (Ohio Kentucky Indiana LEGO Users Group) Brick Expo at the Boone County Fairgrounds. The LEGO creations displayed were really cool! Unfortunately I didn’t take as many pictures as I wanted to, but I will share with you what I did get. Hopefully this will give you an idea what to expect at a LEGO event. 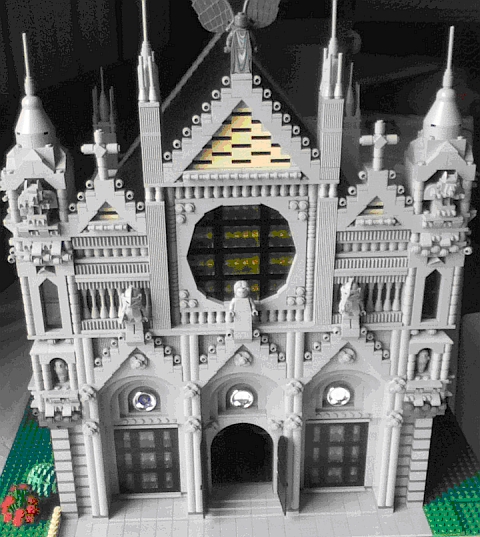 The next photo is of Studsville, and it definitely has a lot of studs! In this picture you can see the carousel, part of the Ferris-wheel, a rocket (which is part of a parade), several restaurants, the Daily Planet, and a stage. The carousel actually turns, and so does the Ferris-wheel. There is a festival going on in the front of the picture, and the stage to the right of the carousel actually lights up! This was probably the best LEGO creation at the event because of all the hidden details and moving parts. A unique use for LEGO pieces that you can see is on the Daily Planet (the large building in the back left of the picture). It has the death star from the LEGO Star Wars Planets series in it. The Death Star is attached to a motor which makes it spin! 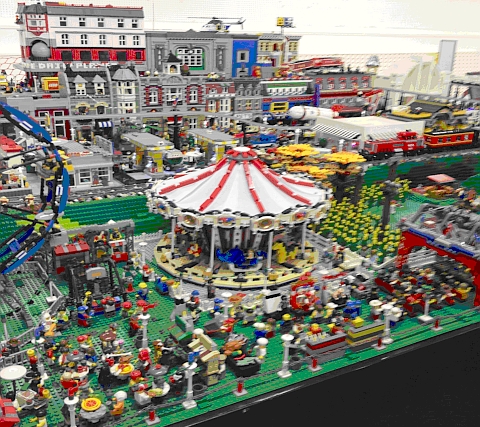 And below is a farm in Studsville. The LEGO brick-built corn stalks are a very nice addition to this LEGO display. The combine is also nice, even though it is too big to fit in the barn. The little hill behind the combine’s blade covers a motor which turns the blade. There is also a ball-field that you can see a little bit of on the left. 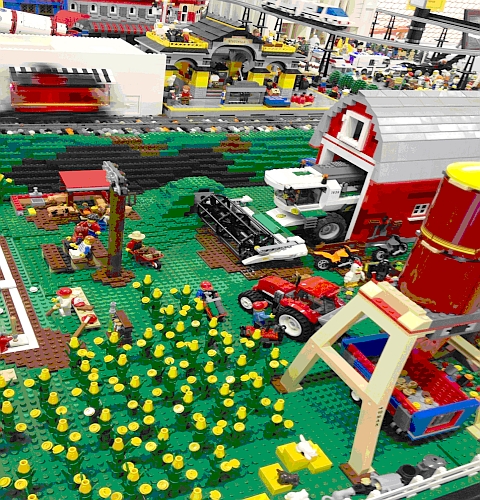 Below is a better picture of the LEGO Ferris-wheel. If you zoom in close enough on the bucket at the bottom of the picture you should be able to see the pop bottles better. They are customized and are about the size of a 1×1 round brick. They are labeled Bepsi and other creative names. 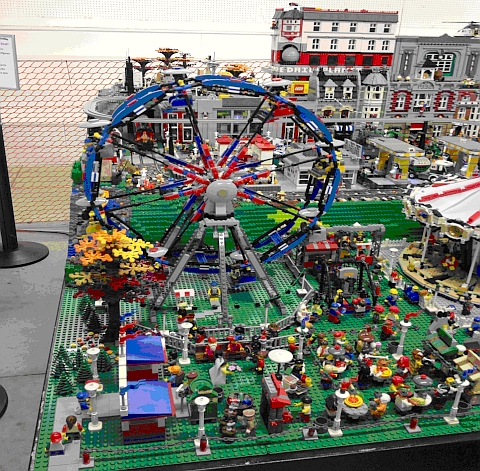 And here is the Battle of Helm’s Deep in LEGO form. It includes over 150,000 elements, 1,300 Uruk-hai, 200 elves from the LEGO Collectible Minifigures series, and over 100 Rohan soldiers! The builder of this huge LEGO diorama said it took about a year of planning and collecting pieces, and six months of building. He said that he spent about $20,000 on it! That is dedication! 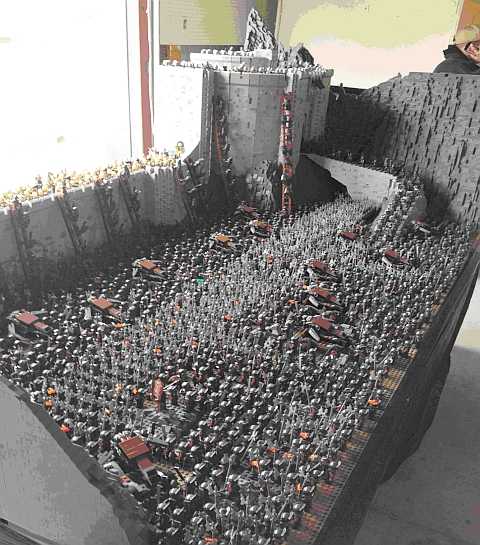 The last LEGO diorama I have pictures of is taken from the sixth episode of Star Wars. It is of Endor and has several scenes in it. In the trees you can see the Ewok houses. Right below them, there is a Rebel patrol. To the right, is the landing-pad, and you can see Luke talking to Darth Vader. Behind the AT-AT you can barely make out the Death Star’s shield-generator surrounded by Stormtroopers. 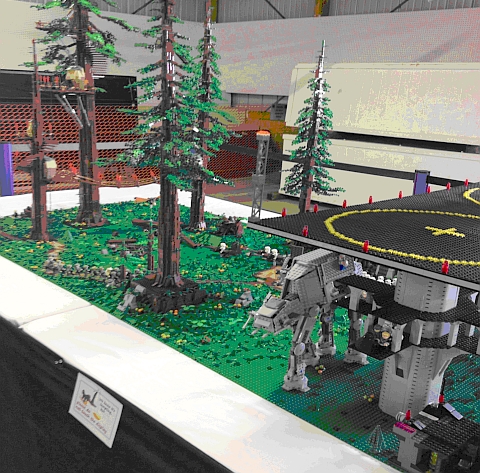 I hope these pictures give you an idea of the awesomeness of this LEGO event. You can see more pictures at the following link, but please note the images are big, so make sure you have a good Internet connection: OKILUG Brick Expo Photo Album. If you ever have the chance to attend a LEGO fest hosted by OKILUG or any other LUG near you, I would recommend going. They are really fun and inspirational!  😉

I hope you enjoyed the article. I am a TFOL (Teen-Fan-of-LEGO) and this is my first article for theBrickBlogger. Comments, questions and feedback are welcome. Thanks for reading! And you might also like check out the following related posts: