LEGO fans have been busy hunting for LEGO Minifigs Series 10 – especially Mr. Gold – (see links at the end of this post), but there is also a lot of curiosity of what Series 11 will bring. What we have known previously is that LEGO Minifigures Series 11 will include the following: a Yeti, an Evil Mech, a Welder, a Female Robot, a Jazz Musician, a Constable, a Holiday Elf, a Bavarian Lady, a Scarecrow, a Mountain Climber, a Grandma, a Tiki Warrior, a Gingerbread Man, a Barbarian, a Dinner Waitress, and a Female Scientist. An interesting line-up, isn’t it? 🙂 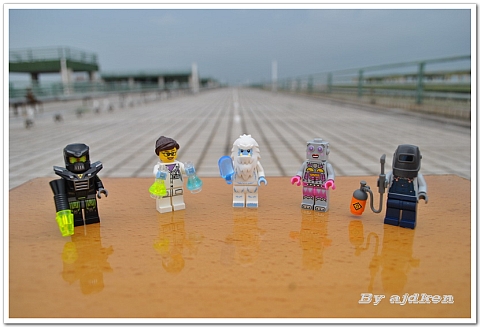 Although we don’t yet have pictures of all of the LEGO minifigures in Series 11, there are a couple of images posted recently by Brickshelf member ajdken2010 that confirms five of the minifigures from the upcoming series; the Evil Mech, the Female Scientist, the Yeti, the Female Robot, and the Welder. Here is a bit closer shot to see the details better.

The LEGO Minifigures Series 11 Evil Mech is a perfect antagonist for the orange and white Mech released in Series 9. The Female Scientist can help out the Mad Scientist from Series 4, and the Female Robot might hook up with the cute Robot from Series 6.  The Welder can join the other hardworking minifigs in previous series, and the Yeti… well, he can just munch on his popsicle all by himself. I don’t think he would mind though; Yetis are lonely creatures. 🙄 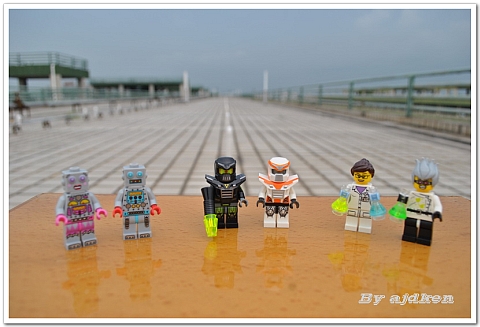 I have to say I love the Evil Mech and the Welder. But my most favorite is the Yeti; he is just so irresistibly cute – in a cute monster way. How about you? What do you think of the list of upcoming Series 11 Minifigures? Which ones are you looking forward the most? And how do you like the ones on the pictures? Feel free to share in the comment section below. 😉 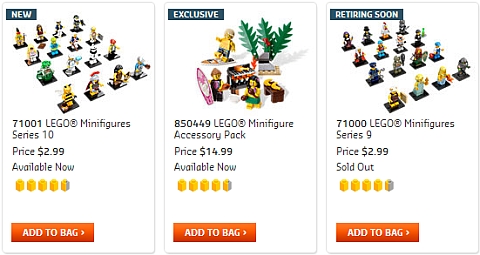 For currently available LEGO minifigures check at the Online LEGO Shop or at your friendly local toy-shop or department-store. And you might also like to visit the LEGO Minifigures section for more news, reviews and discussions, or select from the following related posts: