We have been slowly but steadily going though covering all the exciting LEGO news that has come out of the recent San Diego Comic-Con (see links at the end of this article). Today’s news is for LEGO Minecraft fans! There are new Minecraft sets on the way! 🙂

As you might remember the first LEGO Minecraft set came out of the LEGO CUUSOO project and has been a huge hit with both LEGO and Minecraft fans. In fact at the Online LEGO Shop there is a note on the #21102 LEGO Minecraft set: “Due to overwhelming demand of this product there is a strict limit of 2 per order.” Even with that restriction the set is often sold out and unavailable. If you have been eyeing this set I would suggest you get one now as I know demand will go over the roof when the new Minecraft sets come out and people want to complete their collection. 🙄

At the San Diego Comic-Con LEGO announced that two more LEGO Minecraft  sets are going to be released soon. Below is the official press-release:

COMIC-CON INTERNATIONAL: SAN DIEGO (July 17, 2013) — Delighting LEGO and Minecraft fans across the globe, The LEGO Group today announced it is extending its relationship with Swedish game developer Mojang to build on the blockbuster success of its first LEGO Minecraft building set to add two new models that will be released September 1, 2013.

LEGO Minecraft provides the opportunity to build, reconfigure and create new Minecraft micro-worlds in a physical LEGO way. The two new 3″x3″x3″ models, The Village and The Nether, are on display for the first time at Comic-Con International in San Diego. Fans can also enjoy and take pictures with a large interactive 3D mosaic complete with Micromob character props at the LEGO booth.

“LEGO Minecraft is a perfect example of how people’s passions can be amplified when digital and physical interests are combined, and there couldn’t be more synergy between the engine that drives the Minecraft gaming experience and the creative fuel of a LEGO building experience,” said Michelle Wilson, senior brand manager for LEGO Systems, Inc. “We are thrilled to continue our collaboration with Mojang to create new Minecraft characters and environments in LEGO form so that fans can get as creative as they’d like in their physical world as in their digital one.”

“There’s no doubt about the connection between LEGO building and Minecraft — not only the design similarities, but the immense creativity that our fan bases share,” said Lydia Winters, Mojang’s director of fun. “Given how well received the first model was last year, we can’t wait to see what fans think of these new designs.”

➡ #21105 LEGO MINECRAFT THE VILLAGE: With this model, fans can create and customize their own Minecraft village with LEGO bricks. Just like the game, fans can build houses, grow crops and beware the mines in their own micro-world as well as play out their own storylines with Pig, Villager and Zombie constructible Micromob figures. 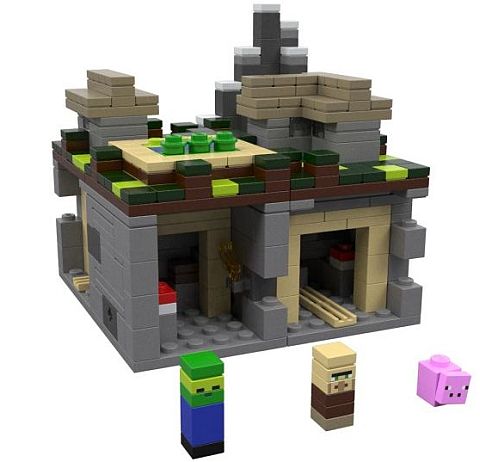 ➡ #21106 LEGO MINECRAFT THE NETHER: Builders can create the Minecraft Obsidian Portal and The Nether to explore the newest biome with this microscale LEGO model, complete with Netherrack, gravel, flowing lava and bedrock. This model includes two Ghasts and one Zombie Pigman constructible Micromob figures. 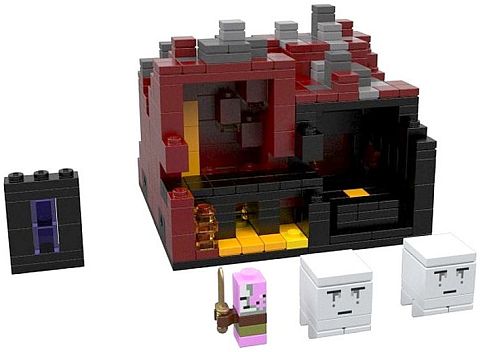 Just like the original LEGO Minecraft set, the new LEGO Minecraft micro-scale models can be split into four sections and reconfigured for different play experiences. They will be available beginning September 1, 2013 with a suggested retail price of $34.99 – same as the first LEGO Minecraft set. 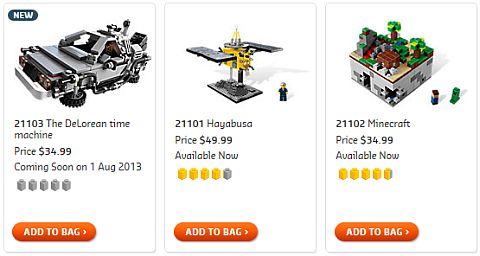