The long awaited LEGO Marvel Super Heroes video game is going to be release in just a few days! We first talked about the game back in January when it was announced. You can read the original press-release here: LEGO Marvel Super Heroes Video Game Coming! Since then there has been a furry of excitement about the game as more and more details got revealed. First of all, there are going to be tons of playable characters – in fact, more than 150 characters and 50 vehicles to choose from! 🙂

Just a few days ago LEGO released a demo version of the game, so you can check it out for yourself and see how you like it. The demo is also available on the PlayStation Network and on Xbox Live. You can download the PC demo version here: LEGO Marvel Super Heroes Demo 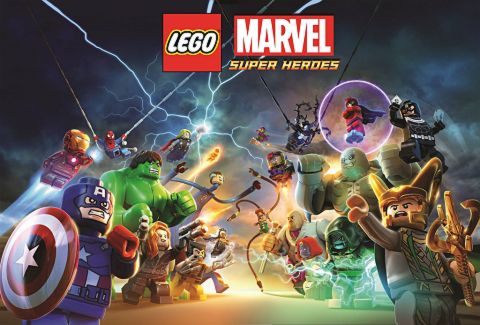 Also, you can watch the whole LEGO Marvel Super Heroes demo game-play at TheBrickFan’s YouTube channel. Check it out below, it is lots of fun! Hulk is awesome – smashing things!

The LEGO Marvel Super Heroes game will be officially released on October 22nd in the USA, and on November 15th in the UK, on all gaming platforms. If you haven’t pre-ordered the game yet, you can do so at Amazon.com: BUY LEGO MARVEL SUPER HEROES GAME

So what do you think? Did you try out the game yet? How do you like it? Did you get it already? Or are you planning to? Feel free to share in the comment section below! 😉

Next post: Best LEGO Lord of the Rings dioramas part 3