Today I would like to discuss an old and now retired LEGO theme that continues to remain popular with some LEGO fans; LEGO Fabuland. The Fabuland theme was released between 1979-1989, so some of our younger readers may have never even heard of it. However even youthful LEGO fans who grew up in the post Fabuland era often get smitten by the charm of Fabuland once they get introduced to the theme. Just take a look at the #3678 LEGO Fabuland House pictured below. 🙂 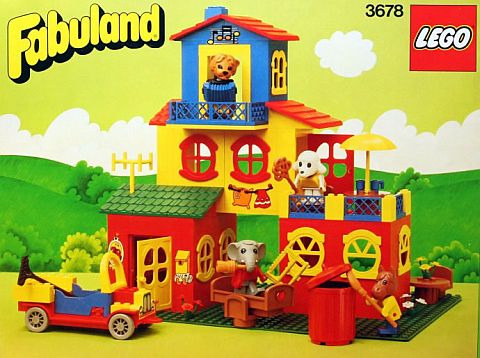 LEGO Fabuland sets were aimed at younger children who grew out of DUPLO, but were not quite ready to build regular LEGO sets. Although Fabuland elements are regular LEGO size, there are a lot of pre-fabricated larger pieces that are easy to put together (see picture above). Fabuland minifigs are a little larger than regular minifigures (Photo by Vanjey_Lego), and they are all humanized animal characters with large bobble heads that adds the cuteness factor. Their accessories, vehicles, etc. can be used with regular LEGO minifigures. (In fact, if you are looking to add some unique accessories and elements to your LEGO creations, look for LEGO Fabuland!)

As I have mentioned LEGO Fabuland continues to be popular with older LEGO fans who grew up with the theme, and also younger fans who got introduced to it later. At pretty much every LEGO convention you will see some LEGO Fabuland creations everybody falls in love with. You can’t help it. To this day LEGO hasn’t been able to recapture the charm of Fabuland with any of their other themes, although Legends of Chima could be seen as an attempt to reintroduce animal heroes. But as far as being adorable, Chima is far-far behind Fabuland. Plus in Fabuland there were no guns and fighting. It was all just daily activities sprinkled with a lot of cuteness. 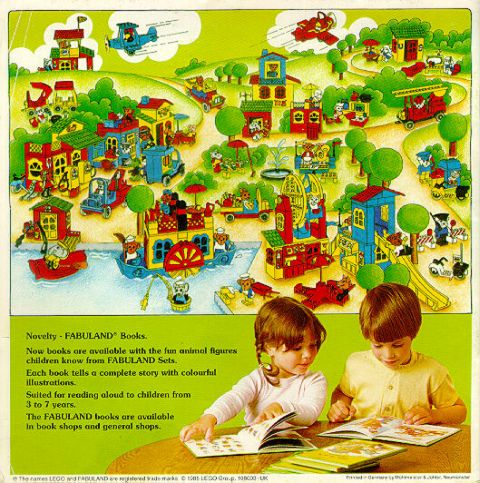 The LEGO Fabuland houses had a Hobbit-village like charm. Take a look at this LEGO Fabuland Hobbiton by Gabriel Thomson that combines the delightful Land of the Hobbits with Fabuland! You can’t get any more endearing than this! 🙄 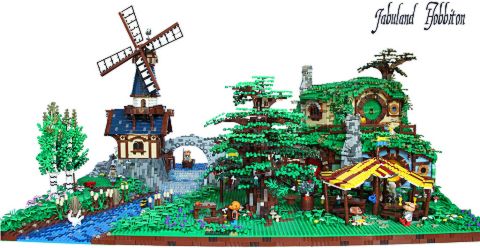 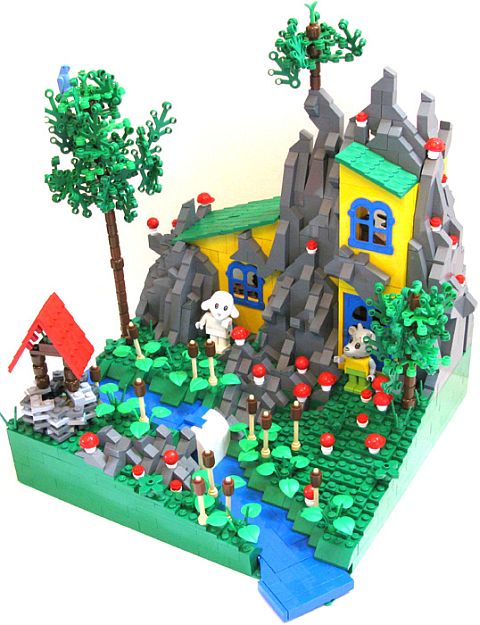 Continuing the fun-in-the-sun nature of Fabuland, below is a Fabuland Fair scene by Brickbaron. Looks like a fun place to be, especially with so many parts being motorized (check the video below). This LEGO Fabuland creation does have a sad-ish story showing that Fabuland characters also have their own problems, but they deal with it: “After 10 years of living the fabulous life, Fabuland was cancelled by The LEGO Group in 1989. No longer welcome on store-shelves, and with nowhere to turn, the Fabuland characters were forced to find refuge where they could. Lionel Lion, the Major, led his community to an abandoned truck in a farmer’s field. For many years times were hard, and far from fabulous. Lionel Lion knew he had to do something to change their fate. In the time honored Fabuland tradition, they would build a Fun Fair! From then on times would again be Fabulous, and the world would know that Fabuland is alive and well!”

And here is a small LEGO Fabuland vignette with Fabuland characters having fun trying out modern technology by Karf Oohlu, who is known for his humorous LEGO creations. 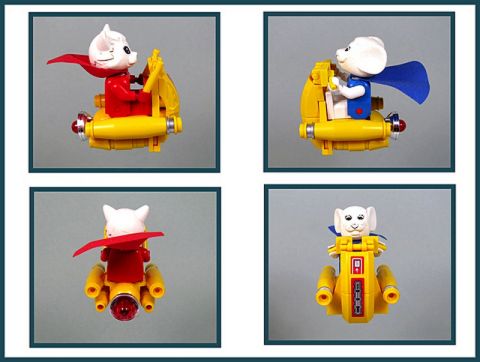 There are so many more recent LEGO Fabuland creations I could show you, but I hope the ones features here give you a good idea about the theme and what LEGO fans do with it. And as you can see, Fabuland is very much well and alive 25 years after retirement. If you are interested to get some LEGO Fabuland sets, parts or characters, BrickLink sellers carry them (follow the links) and you can also find them on eBay

for usually cheaper as some of the sellers there are not aware of the desirability of these sets.

So what do you think? Are you familiar with LEGO Fabuland, or was this the first time you heard of it? How do you like it? Do you use Fabuland figures and elements in your own LEGO creations? Feel free to share in the comment section below! 😉