In this Brick Breakdown series I review official LEGO sets, from the perspective of looking at interesting building techniques we can all learn from. Today we will be looking at the #41055 LEGO Disney Princess Cinderella’s Romantic Castle. You can also check out the previously discussed LEGO techniques found in official LEGO sets at the end of this article. 🙂 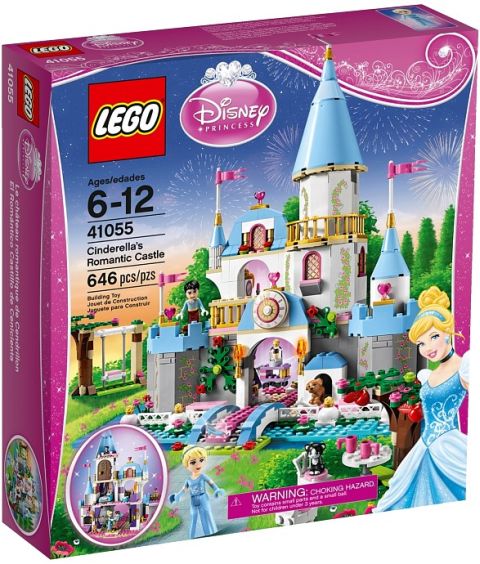 Romance is in the air. Prince Charming and Cinderella are ready for their big date. They have planned some drinks under an apple tree, some playful flirting at a swing, then they get back to the castle and… hm… this is the part of the set that is kind of adult with a hot-tub, cozy fireplace, and bedroom.

You may have to do some mental gymnastics to figure out what the story is in this LEGO Disney Princess set supposedly based on Cinderella. My version is as follows: Cinderella and Prince Charming already got married, but they still like going on dates. So LEGO built a small castle for Cinderella to relax and prepare for her date-night. This explains the letter hidden in the bed (it’s an invitation to the date). It also explains the very feminine decorations. And as a nod to the original story, Cinderella still manages to loose a slipper on her way out the door. 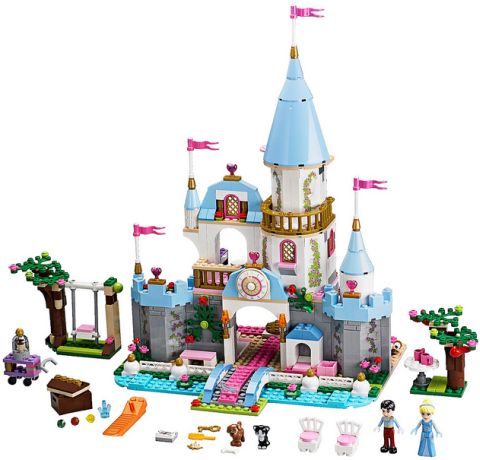 Apart from the confusing connection to the original Cinderella story, this LEGO Disney Princess set has a solid look to it, and a whole lot of role-playing options with its open design. However, it is strange to get a set that costs this much and only end up with two figures. I guess that’s just the price we have to pay for having minidolls instead of minifigures. Anyway, let’s get to the techniques.

Normally when we think of making a LEGO swing we consider something flexible for holding the swing; like chains and strings. The problem is that due to the lack of weight of the seat itself, the whole assembly may not look right. To deal with this situation LEGO designers usually include solid swings in LEGO sets, like what you see here in the LEGO Cinderella’s Castle.

In some of the older LEGO Fabuland and LEGO Belville sets the whole swing assembly (the chains and seat) is actually one piece. However in regular LEGO sets, like the LEGO Cinderella’s Castle, the swing’s chains are mimicked by using modified bars which include a stopper and a half pin for connections for the frame and the seat. 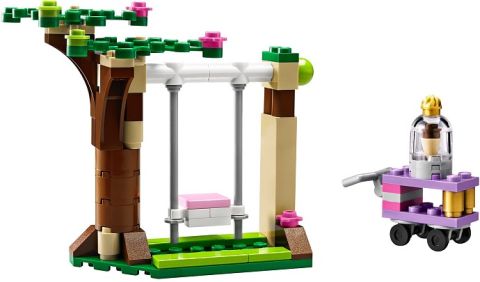 This approach to swinging objects has some drawbacks; first, you may not entirely like the look of the stiff elements, and second, if flexibility is needed for any reason, this technique will not work for you. Ultimately this type of swing can only handle a swinging pendulum type motion, but it can also make a complete 360 degree pivot if not blocked. This, of course, is not necessarily natural looking as swings usually have flexible chains, but it does provide a fixed and steady movement, assuring that the swing will move in a predictable way.

In order to use the technique, all you need is a stiff element in place of a flexible one. The thickness does not matter, but usually you want it thinner than whatever it is holding. The LEGO Cinderella’s Castle set gives a very nice use of this technique, but there are also darker applications; like in building dangerous traps with swinging blades and crushing hammers. Perhaps on their next date, Cinderella can work that in. 😈

➡ DESIGNING AN OPEN FLOOR-PLAN WITH LEGO

Previously we have touched upon the subject of open and closed designs when we reviewed the convertible #70505 Ninjago Temple of Light set. The LEGO Cinderella’s Castle set is not convertible, therefore it can focus completely on an open floor-plan. The benefits of such a design is obvious; you can play with the interior of buildings like in no other model. It is all about easy access, which means you can put anything you want in them since nothing really gets in the way. 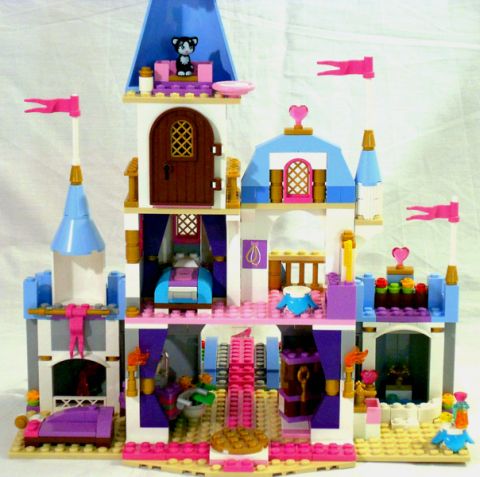 The first key to making an open floor-plan with LEGO is to avoid build walls and ceilings as much as possible. You can get away with adding just enough to suggest the space you are working in. This may be difficult with larger LEGO models, but the idea is to keep as much of the space open as you can. 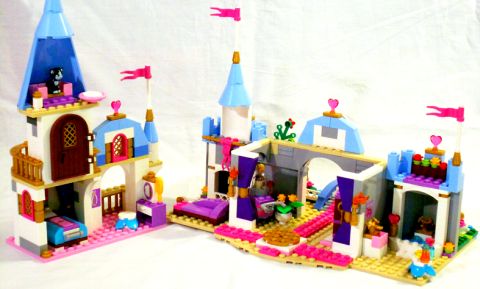 Next is to make things modular for the most playability. In the LEGO Cinderella’s Castle the dog house can move easily, the bed can be taken out, and the food-trolley doesn’t stick to anything. This can even apply to floors above other floors. So for example here the bedroom lifts off to give you full access to the entry way.

Building a successful solid swing with LEGO is all about knowing how things move. If control is more important than looks you will find this technique useful. However if what you need is something that looks good and realistic you will probably opt for something else.

As for an open floor-plan, you will want to use this technique if you need full play-access to your LEGO model. It is also useful for LEGO displays when you want to showcase interior elements like furniture, machinery, and various other detailed sections inside your LEGO building. 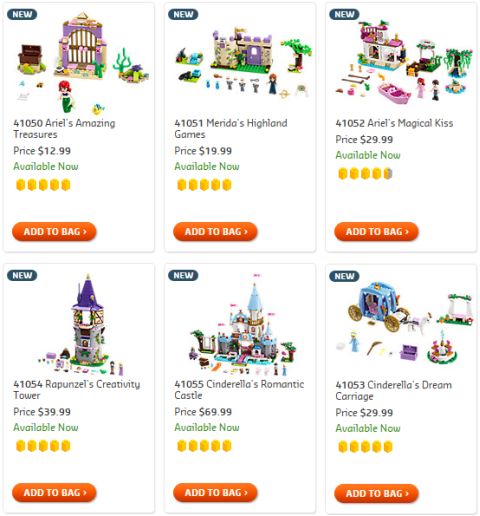 So what do you think? How do you like the LEGO Cinderella’s Castle set and the techniques we discussed here? Do you prefer to build realistic LEGO creations or prefer to make adjustments for playability? And how about open floor-plans? Do you use them in your own LEGO buildings? Feel free to share your own experiences, tips or ask questions in the comment section below! 😉