I received the May/June issue of the LEGO Club Magazine a few days ago, and found some interesting content I thought to share with you, in case you are not a subscriber. (You can sign up here if you like, it is free in most countries.) So let’s see what we got! 🙂 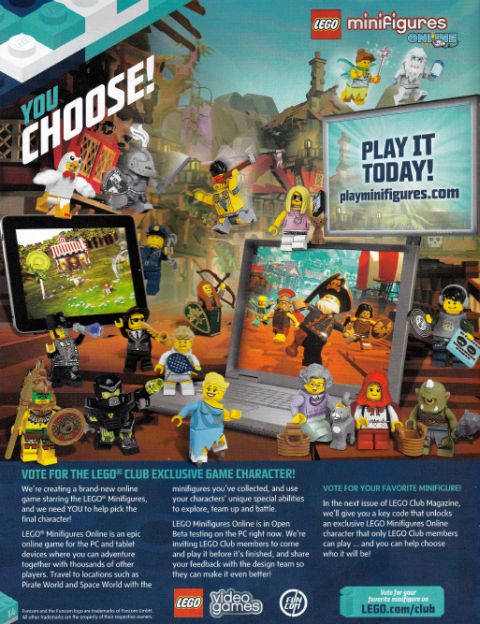 First of all, there is a page dedicated to the upcoming LEGO Minifigures MMO game. Here is what it says: “LEGO Minifigures Online is an epic online game for the PC and tablet devices where you can adventure together with thousands of other players. Travel to locations such as Pirate World and Space World with the minifigures you’ve collected, and use your characters’ unique special abilities to explore, team up and battle. LEGO Minifigures Online is in Open Beta testing on the PC right now (NOTE: well that’s what they say in the magazine, but Open Beta is actually not until June – see here). We’re inviting LEGO Club members to come and play it before it’s finished, and share your feedback with the design team so they can make it even better!” They also ask you to choose the LEGO Club Exclusive Minifigure for the game that only LEGO Club members will be able to play (you can vote here). Also, did you notice that awesome looking pirate on the picture? I wonder if he will be a character in Series 12 of the LEGO Collectible Minifigures? What do you think? 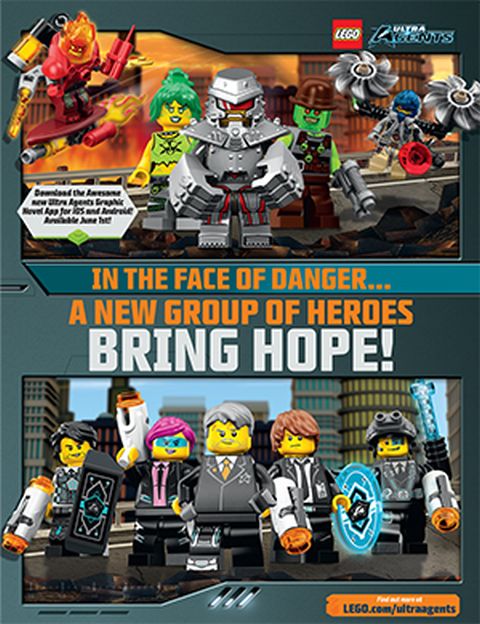 On the very next page is a picture of some of the really cool minifigures from the LEGO Ultra Agents sets coming out this summer. We haven’t had a chance to see them this up close and personal before, so I found this pretty interesting. Here are the villains from left to right: Infearno – an updated villain from the previous LEGO Agents theme from 2008/09. Toxikita – a dangerous looking female villain. Tremor – the coolest badguy and also my favorite minifigure from this theme. Retox – Toxikita’s henchman. Psyclone – who would want to fight this guy? Noticeably absent from the group-photo is Adam Acid and Terabyte. I guess we will have to wait to see a close-up of them. As far as the agents, from left to right we have: Jack Fury – any relation to the villain Rex Fury from the LEGO City Undercover video-game? Caila Phoenix – what an awesome name! Solomon Blaze – possibly an older version of Solomon Blaze from LEGO Galaxy Squad? Max Burns – he is the youngest agent. Curtis Bolt – he looks like the tech-guy on the team. The only team-member that we are missing is Christina Hydron, the team’s scientist. To be honest, I think that the villains are much cooler than the agents, and that the agents have no hope to save Astor City from complete destruction. 😈 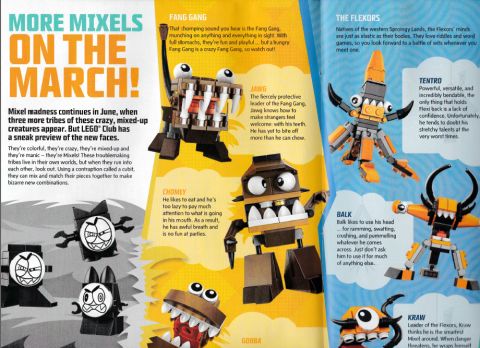 Continuing with our LEGO Club Magazine goodness, on the following pages you will find information on the next wave of the wacky little fellas called LEGO Mixels! There is a description of each of the tribes, and each member of the tribe. FANG GANG: That chomping sound you hear is the Fang Gang, munching on anything and everything in sight. With full stomachs, they’re fun and playful… but a hungry Fang Gang is a Crazy Fang Gang, so watch out! FLEXORS: Natives of the Western Sproingy lands, the Flexors’ minds are just as elastic as their bodies. They love riddles and word games, so you look forward to a battle of wits whenever you meet one. FROSTICONS: Masters of the power nap, the Frosticons might seem like they are most interested in sleeping the day away. That’s because they are. But give these icy Mixels time to get up and start moving, and they can put a real chill in your day. Interesting isn’t it? My favorite tribe is the Fang Gang, but I also really like the others. These should be available in June. 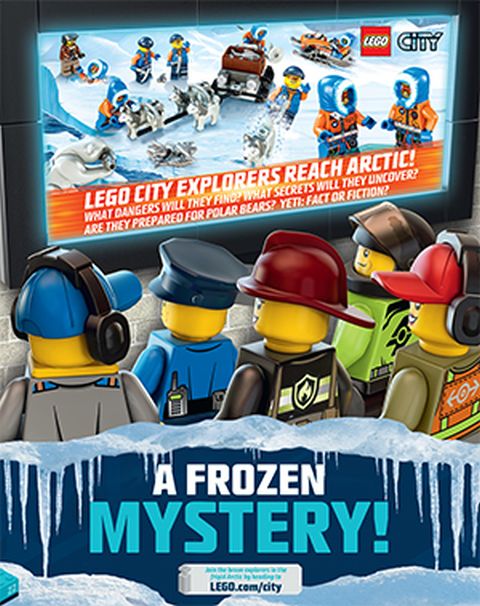 Then, here is an interesting picture of the upcoming LEGO City Arctic sets with the following caption: “LEGO City explorers reach Arctic! What dangers will they find? What secrets will they uncover? Are they prepared for polar bears? Yeti: fact or fiction?” I think it is a good story, and don’t those huskies look great? 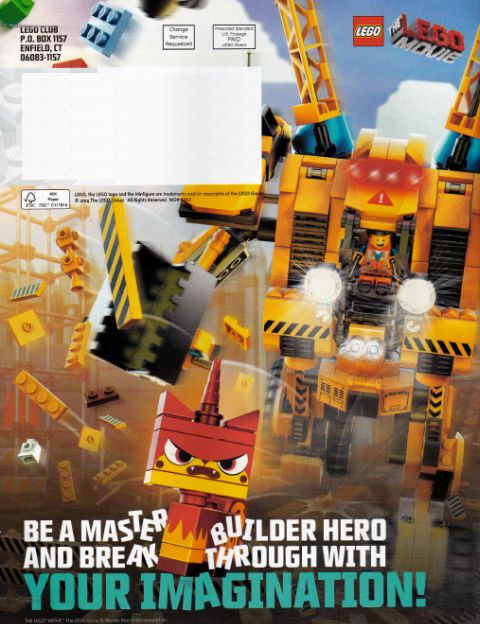 At the back of the LEGO Club Magazine you will find a super cool action-shot of the #70814 Emmet’s Contruct-o-Mech. Looks AWESOME, isn’t it? And it will include Angry Kitty! Can’t wait! 😀 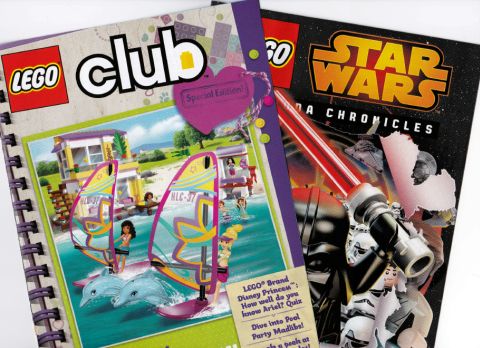 There is a lot more in this issue of the LEGO Club Magazine, but these are just some of the highlights I found interesting. There are also cartoons for LEGO Star Wars fans and LEGO Super Heroes fans, some tips from LEGO Master Builders about how to get inspiration, stuff for LEGO Ninjago and LEGO Chima fans, and also fun games and quizzes. Also, depending on if you are a boy or a girl, the magazine includes a special insert with more games and comics; one is based on LEGO Star Wars Yoda Chronicles and the other is on LEGO Friends.

So what do you think? Did you find any of the information interesting? If you have gotten your own magazine already, did you notice any other interesting tidbits? Feel free to discuss in the comment section below! 😉