We have talked about the recent changes of the LEGO Pick-A-Brick wall section at LEGO stores both in pricing and part availability (see: LEGO Pick-A-Brick Updates & Changes). As several questions had arisen from that discussion I felt it was important to write a follow-up. I did what I could to ask a number of sources within the LEGO company to get some answers and clarifications. The following is what I was able to find out.

➡ WHO DOES THE LEGO PAB WALL CHANGES AFFECT?

The LEGO PAB wall pricing changes we have discussed previously in the article linked above affects all LEGO stores worldwide. Previously there has been a number of fragmented programs and system within the LEGO Group, and they are in the process of consolidating these – at least the ones that can operate under worldwide rules.

➡ WHY THE CHANGES TO THE LEGO PAB WALL?

Many people have asked if the price increases are the result of inflation. The answer to this question is yes and no. As you may know, inflation is an ongoing process, so in that sense the answer is “no”; the recent price increase is not because of our most recent economic struggles. The real “yes” answer comes from how long it has been since LEGO has last updated their system and their pricing. 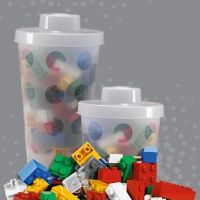 As I mentioned in the previous article, when I talked with a LEGO representative about the LEGO PAB wall, it was clear that the prices were out of alignment even two years ago. And I recently found out that in Europe pricing haven’t been adjusted since 2007 (which seems to be about the same time-frame for the North America market as well). So what LEGO is really being challenged by is not one bad financial cycle, but roughly 7 years of inflation that they did not adjust to.

Money aside, many decisions made about the LEGO PAB wall fall under LEGO’s marketing department. This means they may want to use the PAB wall to promote certain things at times. To do this, it may cost a little more in regards to logistics of how these promotions will be accomplished.

➡ WHAT ABOUT THE LEGO PAB WALL BOXES?

In response to my previous article people wanted to know whether or not it was still worth purchasing the full PAB boxes (also sometimes referred to as K-boxes). The price on these was increased from $75 to $100 per box. The problem is that these boxes are not really meant for retail but for refilling the PAB wall, so there is no precise information about how much you get in one of these cases. When I asked about this, I was unable to get a definite answer. This is because the factors involved in these types of decisions fall to the marketing strategies employed by LEGO. However, there are a few things that can be assumed.

First of all, each full PAB box – no matter what LEGO piece is in it – is the same size. This is a fact. From here we can start assuming. Given the restricted size, we know that you typically get fewer pieces if they are large. It also means that small pieces may end up with heavier weights, because they can be packed in tighter. So essentially you end up with two criteria that may limit what is in a case from being full.

The first is weight; no matter how much LEGO can fit in a box, they may decide to stop if they exceed a particular weight. The other factor is cost to produce a piece. There are certain LEGO elements that are just more costly to make than others. This could be LEGO parts with printing, or complex elements like a LEGO horse. If a box exceeds a certain cost level, this may result in the need to short a case from its maximum capacity. 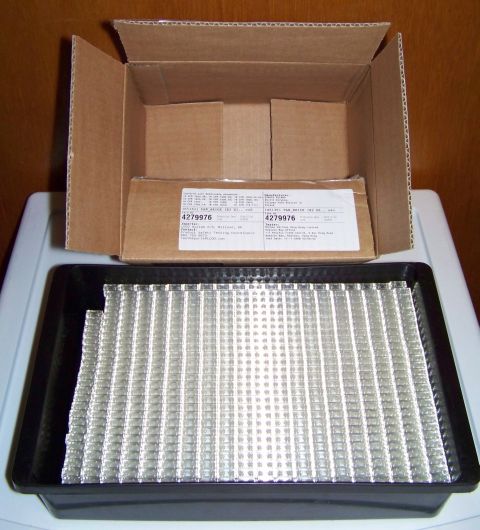 ➡ ARE THE LEGO PAB WALL BOXES WORTH IT?

With the factors in mind mentioned above, it still comes down to deciding on whether or not this price is worth the cost. To answer this, you need to judge the importance of a single piece in high quantities. Ultimately, the LEGO PAB boxes are the cheapest way to get a bulk order of LEGO elements. The LUGBulk program comes really close, but you will still end up paying more for the same amount, and you do need to be a member of a LUG (LEGO Users Group). LUGBulk however offers a greater variety of choices when it comes to the types of parts and colors. (Image below is by BrickShelf member ErasureMode – see full gallery by clicking on the link.) 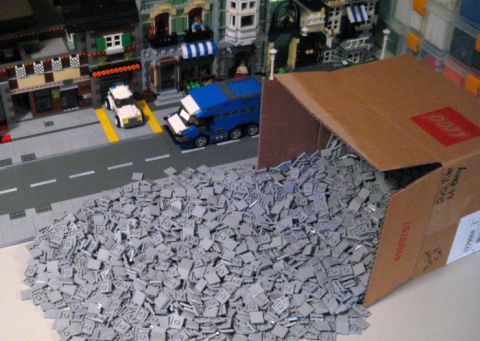 Also, you should compare prices to the secondary market like BrickLink, as you may find better deals. For example, nine out of ten times, any LEGO string component is cheaper to buy from resellers rather than buying in bulk through the LEGO PAB boxes. However, if you start to need thousands of a certain piece, the LEGO PAB boxes will most likely be the most reliable and cost effective solution.

Hopefully this update helps you to understand some of the decisions LEGO has made and why. Granted, it means the fans are the ones that have to pay for these changes, but the point is that the changes were not made haphazardly or just to make more money. This is not to say that money is not involved – after all LEGO is a business, and that’s what a business needs to do to be successful.

As for what you can do to make sure that the LEGO PAB wall meets your needs, fill out surveys, talk to LEGO store employees, and meet and discuss this topic with LEGO representatives at the various LEGO conventions. As LEGO fans, we have an unusually strong community that has a surprising amount of power over a single business. As long as you make reasonable suggestions it is possible to compromise on some of these issues. As I have mentioned before, change only comes to those who asked for it… and you can always shop at the Online Pick-A-Brick.