After so much anticipation and teasers that drove LEGO Classic Space fans nuts, the #21109 LEGO Exo Suit set has been revealed! This is the 7th LEGO fan created set that came out of the LEGO CUUSOO/LEGO Ideas program. LEGO kept the announcement short and to the point: “We hereby present LEGO Ideas #007 the Exo Suit by Peter Reid. This video was co-created with LEGO fan Chris Salt. The Exo Suit will be available in early August.” Yeah, what else is there to say? 🙂 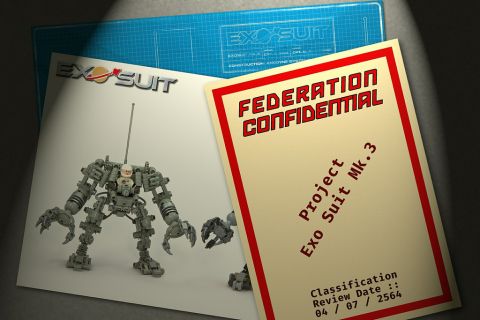 The above picture was one of the teasers Peter Reid (the original submitter of the LEGO Exo Suit) posted in his flickr gallery the day before the reveal. Then yesterday morning came the following video showing the LEGO Exo Suit in all of its glory…

In the meantime a member of Brickset discovered a picture that shows everything included in the set; the Exo Suit itself, a “turtle” (if you don’t know what a “turtle” is, you really have to check out Peter Reid and Tim Goddard’s book, LEGO Space: Building the Future, read a full review here: LEGO Book – LEGO Space: Building the Future), and two green – yes, green! – astronauts with the LEGO Classic Space logo on their suits. 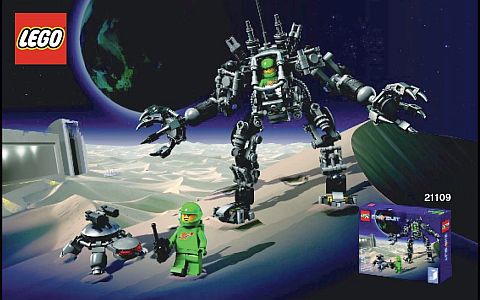 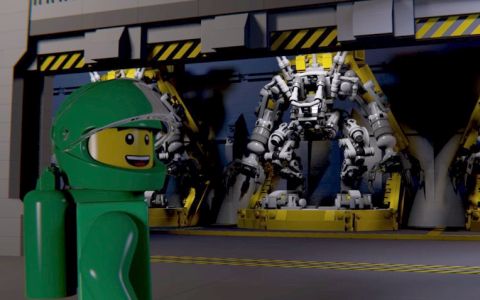 I’m very-very impressed with the LEGO Exo Suit. As we have discussed previously (see links at the end of this post), the original submission of the Exo Suit, although awesome looking, was way too fragile to be released as a LEGO set. LEGO fans were deeply concerned that LEGO designers would not be able to keep the details, while also making the set sturdy enough. Once I heard however that LEGO designer Mark Stafford was working on the final design of the Exo Suit in close communication with Peter Reid, I was less worried, and more filled with anticipation. Mark Stafford is one of my favorite LEGO designers, well known for his amazing space-crafts and mechs. (Below is a picture of the original LEGO Exo Suit submission by Peter Reid, so you can compare.) 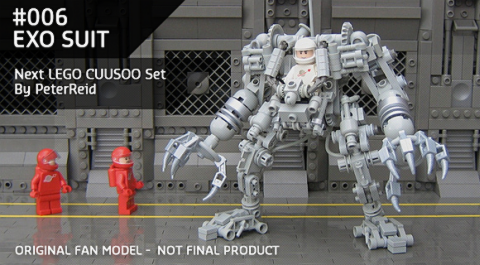 I’m not going to say anything more because I know that at this point all LEGO Classic Space fans have fainted already from all the awesomeness. Just one more thing; the #21109 LEGO Exo Suit includes 321 pieces and will retail for $34.99 beginning August 1st. In the meantime you can check out other LEGO CUUSOO/LEGO Ideas sets at the Online LEGO Shop. 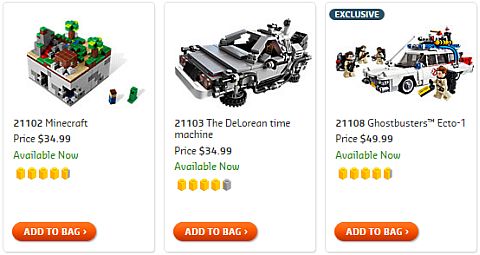 So what do you think? How do you like the LEGO Exo Suit set? Do you think the final design lives up to the original submission? And what do you think of the video and the green LEGO space suits? Feel free to share and discuss in the comment section below! 😉

Next post: Build your own LEGO WALL-E, EVE & M-O