If you are a LEGO Star Wars fan you probably know already that the Star Wars saga is going to continue with Episode VII scheduled to be released in mid-December in 2015. Episode VII is being directed by J.J. Abrams from a screenplay by Lawrence Kasdan and Abrams. Kathleen Kennedy, J.J. Abrams, and Bryan Burk are producing, and John Williams returns as the composer. Of course ever since the original announcement LEGO Star Wars fans are eagerly talking and speculating about the characters, the plot, and all aspects of the upcoming film. What else to do besides anxiously and excitedly waiting? 🙂 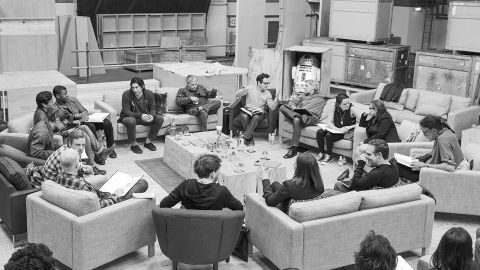 I’m sure announcements and teasers like this will continue until the film’s release. Building up the excitement of LEGO Star Wars fans, the LEGO itself recently released the same image using LEGO minifigure versions of the actors. The image went viral just like the original, and of course all LEGO forums, blogs and fan-sites have been talking about it. For LEGO Star Wars fans the continuation of the Star Wars saga is big news; it means that LEGO Star Wars sets are going to continue for quite some time, and also that instead of tiresome rehashes of the same sets and characters we are going to get lots of new stuff! 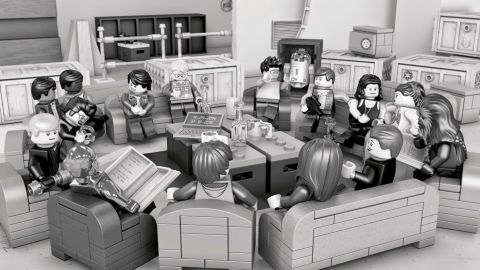 I also stumbled upon this interesting video (see below) at the YouTube channel of Groove Bricks, that brings to our attention some unusual differences between the original photo and the LEGO image. Specifically, the presence of two symbols of the Empire on the crates stacked in the background. As you may remember, in Episode VI the Empire came to an end with the death of Darth Vader and Emperor Palpatine. However the symbols on the crates seem to indicate otherwise; that the Empire may have lived on, possibly with a new badguy who takes control of the imperial troops that were not stationed on the Death Star when it blew up.

Maybe this new leader will build a new Death Star, or something even bigger and more sinister to spread terror around the Galaxy? In either case it doesn’t look like the peace and balance Vader supposed to bring to the Force lasted for long, and a new generation of heroes will have to continue fighting the Dark Side. I say, bring it on! Do you agree? And while were are waiting, and before they get retired, you can check out the current selection of LEGO Star Wars sets at the Online LEGO Shop. 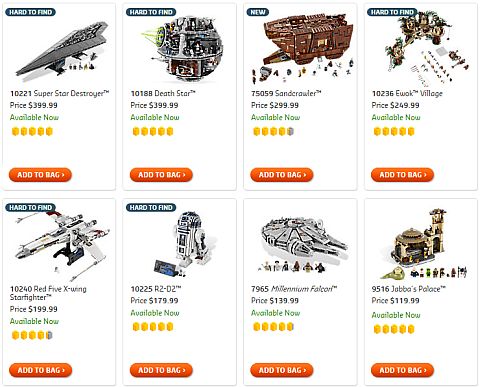 So what do you think? How do you like the new characters? Who is going to play which role in your opinion? And what do you think of the LEGO version of the photo? Do you think the differences have significant meaning in regards to the new plot, or it was just a LEGO designer making a mistake? Any other clues and interesting details that you notice on LEGO’s image? Feel free to share and discuss in the comment section below! 😉