There are a couple of interesting new LEGO projects on Kickstarter that I thought to share with you today. One is a small, fully LEGO-compatible robot with a great array of sensors, named Edison. The other is a LEGO-compatible remote-control kit, called SmartBrick. I will introduce you to both, then you can follow the campaign pages to find out more. 🙂 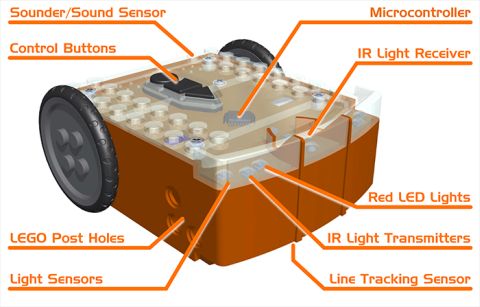 The little robot Edison was mainly created to make robotics more accessible to students and hobbyists alike, and is the brainchild of Brenton O’Brien, an electronics-engineer himself with a passion for robotics. For over 10 years his company, Microbric, has been creating educational robots for hobbyists. The idea with Edison is to provide a single robot for under $40 and learn computer programming just like other robotics systems which can cost much, much more. Edison is a great resource for teachers as classroom sets are now very affordable for schools – it’s now possible to have one robot per student. Edison is modular, LEGO compatible, and provides a scalable way to build any size robotic invention. It is also easy to use and suitable for all ages and robotics skill levels. 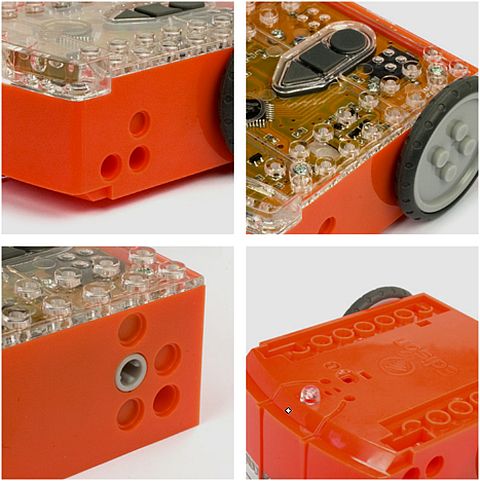 Edison comes with infrared obstacle detectors (left and right) , line tracking sensor , light sensors (left and right), infrared receiver, infrared transmitter, piezo sounder, sound sensor, two motors with variable speeds, left and right red LED lights, and three control buttons. Edison can navigate his way around by detecting obstacles to his left or right, be controlled by a standard TV/DVD remote, follow a line or stay within a boarder, follow a flashlight, communicate with another Edison using infrared light, play beeps and musical tunes, respond to clapping and other loud sounds, move in any direction through his differential drive system.

Brenton seeks to raise $20,000 in 30 days via the crowd-funding website Kickstarter. “We are launching Edison on Kickstarter because we wanted to give people the chance to be part of something that will change the way our children learn about robotics in mainstream education,” Brenton said. If the goal is met, the funds raised will foot the manufacturing bill of an initial production run of robots, which will then be sent to backers wherever they are in the world. If you would like to learn more and if you’re interested in supporting this campaign, visit the Edison Kickstarter Page, and you can also visit MeetEdison.com. 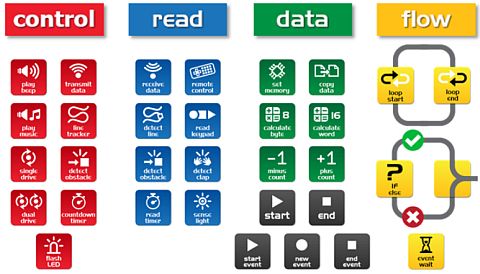 The other Kickstarter campaign is for the SmartBrick, which was specifically developed for remote controlling LEGO creations by a group of Hungarian LEGO fans. At first, SmartBrick was just a Bluetooth remote controller for LEGO Power Function devices and a simple mobile app. Since then SmartBrick turned into much more and is now capable of creating a connection between the Internet and your LEGO model, making it possible to keep constant communication between the community and individual players. The SmartBrick mobile app can be used to control the bricks simultaneously in a programmed manner. There is no interference between different remote controllers, hence the ability to have races and tournaments with multiple players. Even international tournaments could be possible! 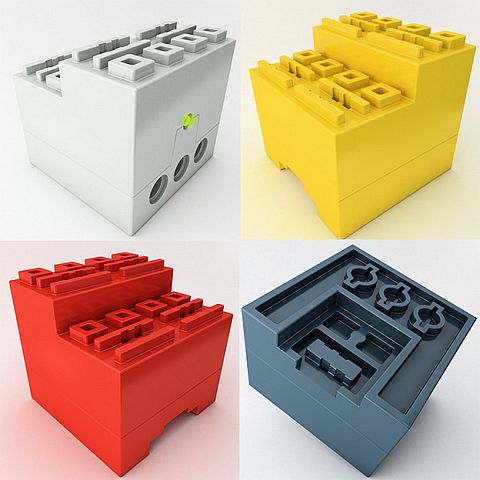 The SmartBrick Kickstarter project is seeking to raise £60,000, and as of the time of writing this article they are very close to reaching their goal. Funds will be used to further development and fine-tuning, and to injection mould the first modules. The developers hope for the future is that LEGO is going to endorse their project, and also to work towards introducing a larger family of SmartBrick products, like the CamBrick which will provide full HD low-latency video. This will act as your eyes and will allow you to see things in real time as your LEGO model moves about, and will open up a whole new world of augmented reality. If you are interested in supporting this campaign, visit the SmartBrick Kickstarter Page. There is a lot more information and some very interesting videos, and you can also follow the project on the SmartBrick Facebook Page.

So what do you think? How do you like these two LEGO related projects? Do you think they are good ideas? Are you looking forward to them? Did you support them? Feel free to share your thoughts and discuss in the comment section below! 😉