Today let’s talk about the rumored return of LEGO BIONICLE in 2015! For those of you who are not that familiar with BIONICLE, it was one of LEGO’s most successful product lines, saving the company from its financial crisis in the late 1990s. The first sets were originally a sub-theme of LEGO Technic released in the year 2001. In its almost decade long life-span BIONICLE developed a very interesting and complex story-line that many young boys grew up with and were fascinated by. Due to various reasons LEGO BIONICLE was discontinue in 2010 and was replaced by LEGO Hero Factory, but BIONICLE fans have been asking for the return of their beloved theme ever since – and now it looks like their wish is coming true. 🙂 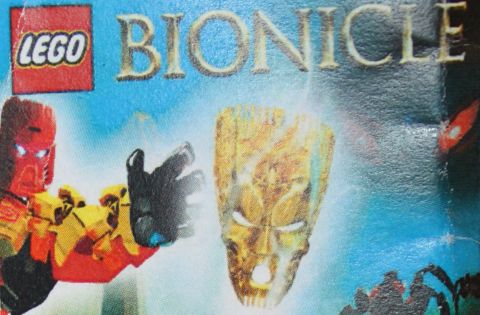 It all started when back in December 2013 Asger Johansen posted on his LinkedIn page that he was developing the “concept, story, and communication for a new LEGO action figure theme launching in 2015″. Johansen has been working as a concept-developer for The LEGO Group on themes like LEGO Hero Factory and LEGO Galaxy Squad, so this started the speculation that the new theme he was working on might be related to the return of LEGO BIONICLE. This was a very hopeful news for BIONICLE fans that was discussed extensively at Eurobricks (see here) and other LEGO fan-sites, but with no further information the conversation died down after a few weeks. Then nothing happened until a blurry black-and-white photo of a supposed LEGO BIONICLE display-case surfaced just a few weeks ago. 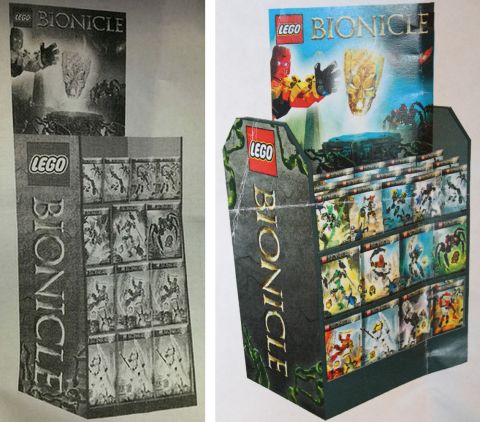 Of course most LEGO blogs and forums picked up the news, but the picture was such bad quality BIONICLE fans didn’t want to get their hopes high. In fact, through the years there has been so many fake images about the supposed return of BIONICLE, that a lot of people didn’t even bother believing that it could be real this time. Then a few days later a full color picture of a similar display-box appeared. Now this was a lot more interesting and looked a lot more real! In fact, some eagle-eyed LEGO fans spotted the new rapid-fire stud-shooter (first used on the upcoming #75084 LEGO Star Wars Wookiee Gunship we talked about recently). Thus the BIONICLE image was deemed as legitimate, especially since the original black-and-white picture also shows the same shooter, and no-one could have made a fake display with a part that hadn’t even been revealed yet. So having said all of that I believe that it’s safe to say that BIONICLE is returning in 2015. Then, to give even more validity to the news it was discovered that if you type BIONICLE in the search box of the Online LEGO Shop, you are redirected to a “Coming Soon” page! (Since then this has been changed, and now searching for BIONICLE brings up the new wave of LEGO Hero Factory sets.) 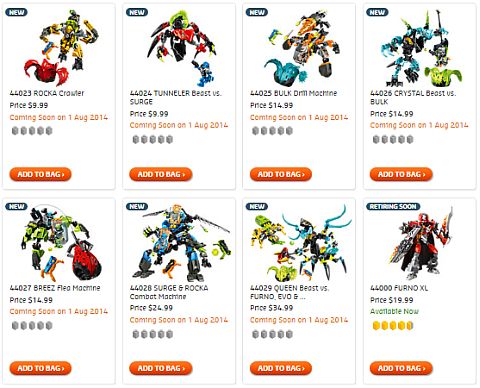 With the news of the return of LEGO BIONICLE pretty much confirmed, speculations on whether this would be a full reboot of the series or a continuation of the previous canon began earnestly. The news that upset many BIONICLE fans (including me) was that BIONICLE is likely going to have a completely new storyline. This is just a rumor at this point, but Greg Farshtey (the writer of the original BIONICLE story) himself declared several years ago that if BIONICLE was to ever return the previous canon would be wiped out and replaced with a new story. This is due to the fact that one or the reasons BIONICLE was canceled previously is because the story was getting too complicated. 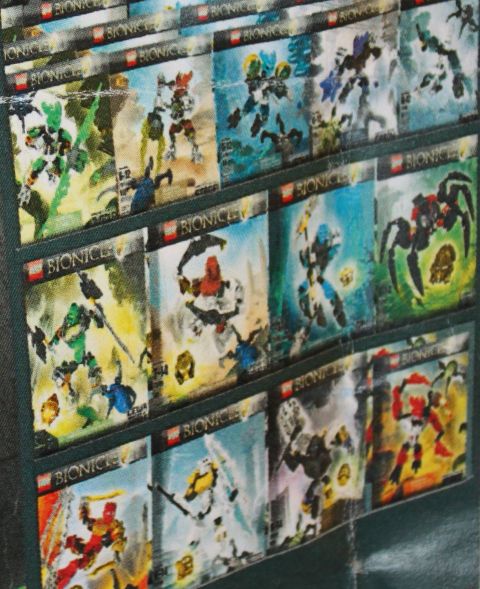 However, as mentioned earlier, many fans of the original BIONICLE story would be very disappointed if LEGO erases the previous canon. To quote myself from a comment I left at Brickset, “To me that would be like making a whole new LEGO constraction theme and slapping the name BIONICLE onto it in order to get more fans to buy…” However, this is not the unanimous view of all LEGO BIONICLE fans. There are those, like Aanchir (quoted from the same Brickset article comments), who feel that it would be good to start anew, stating that “If the core mythology is intact, then the continuity doesn’t necessarily have to be maintained. Nor do some of the theme’s more annoying story decisions, like having elements strictly divided up by gender.” However, Aanchir does agree that “losing that component [of the original mythology]… would mean losing a lot of what made BIONICLE what it was”.

There is also the debate on whether or not the new BIONICLE sets should use the LEGO Hero Factory constraction (construction+action) system or a different one. In case you are not aware, in 2011 LEGO completely changed their action-figure system. The original BIONICLE elements were based on the LEGO Technic system, tended to crack easily, and were hard to snap on. Because of this LEGO produced a new system relying almost entirely on ball-joints. Gone were the LEGO Technic pins used to snap armor on; now the armor elements were connected by means of ball-and-socket joints. According to the image we have of the 2015 LEGO BIONICLE sets, it seems that LEGO is using the newer system. I’m happy with this, and find it quite obvious that LEGO wouldn’t bring back the older, weaker system just to have the full BIONICLE reminiscence back.

Let me share some reasons of why I believe that the original BIONICLE story was so rich and such a well-constructed (no pun intended) legend. As I mentioned at the beginning, BIONICLE was born when LEGO was in a great financial crisis and was originally a sub-theme of LEGO Technic. First entitled “Bone Heads of Voodoo Island” and then just “Doo Heads”, it was planned to run for only one year, with the original “Toa” (the main characters) fulfilling their quest by the end of the year. However BIONICLE became so well-received and so successful that the story was kept and further developed all the way up to 2010! The real trick, though, was concealing that everything that happened from 2001 to 2008 was actually happening inside a gigantic robot body, Mata Nui. The spirit inside this body, Mata Nui, was cursed by one of his own creations, Makuta Teridax, who wanted to have control over the universe inside the robot body. The original six Toa, at the beginning of the story, washed ashore on the island that was named Mata Nui, after the Matoran’s (villager’s) Great Spirit. The six Toa were entrusted to awaken the Great Spirit Mata Nui, who had been cast into a deep sleep. Finally, in 2010, Mata Nui defeated the evil Makuta in a final showdown. Now that is great story-telling!

What do you think? Are you excited that it looks like LEGO BIONICLE is coming back? Do you wish to see a whole new story invented, or should LEGO keep the previous one continued? What do you think the story will be about? Should the new BIONICLE sets use the newer ball-joint system of construction or something even newer, resembling the original sets? Would love to hear your thoughts and opinions, so feel free to share them in the comment section below! Also, I’m a TFOL (Teen-Fan-of-LEGO) and this is my first post here at theBrickBlogger. Feedback is welcome! 😉