Have you ever struggled with displaying or putting away your LEGO creations because they were too big and you didn’t have enough space for them? I myself have had experienced this a lot! In fact I have often thought about that it would be great if there was a way to shrink LEGO bricks when it was time to store them. I thought tiny LEGO bricks were just in my imagination, but then I discovered the Japanese toy-brand called Nanoblock. 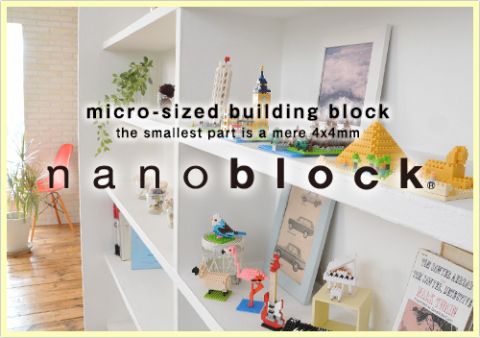 Nanoblock is a line of construction toys manufactured by Kawada Co. Ltd, a toy company based in Tokyo, Japan. Right now you might be rolling your eyes and saying, “Here we go, another LEGO knock-off brand!” But actually while Nanoblock is indeed a construction toy, it is quite different from LEGO, and in fact LEGO fans may find it interesting. Here’s why. Despite the fact that both LEGO and Nanoblock attaches with studs, the size of the studs, and the shape and ratios of the elements are different from LEGO. Also, Nanoblock elements are very-very small; about 1/4th of the size of regular LEGO plates. That’s why Nanoblock is referred to as the smallest bricks in the world. Below is a picture comparing a Nanoblock 2×4 plate and a regular LEGO 2×4 plate. Yes, they are very tiny! 🙂 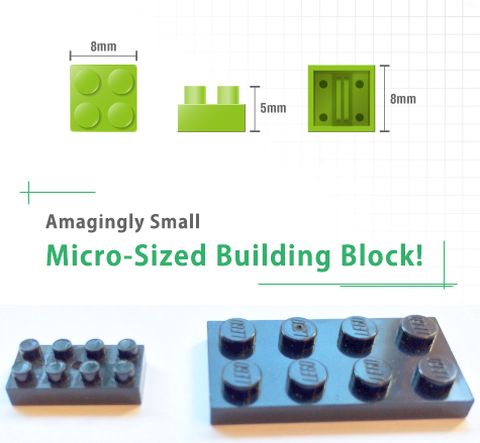 Although Nanoblock elements are small, they are fun to build with. And in my experience they are actually more time-consuming to build with than regular LEGO bricks. So let’s look at the package of a typical Nanoblock set (picture below). Unlike for LEGO sets, the packaging won’t indicate the number of pieces included, but it does show you the level of difficulty for each set. This can be a very handy indicator because in the world of Nanoblock, having more pieces does not mean the set is more difficult to build. 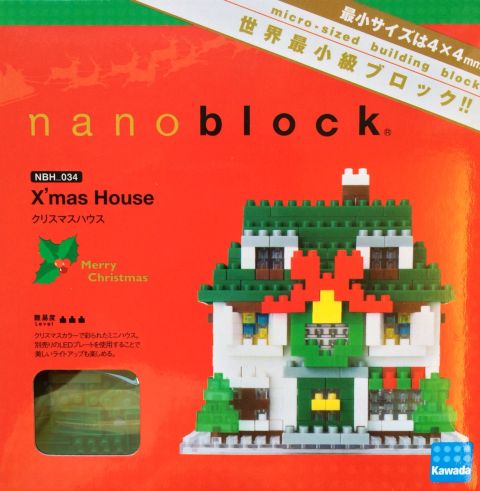 The Nanoblock brand has quite a lot of interesting sets and themes, probably the most well-known being the “Sites to See” series, which is similar to the LEGO Architecture line. However while LEGO Architecture sets mostly contain realistic colors and earth-tones, similar Nanoblock sets use a vibrant color-palette – as you can see in the comparison picture below. 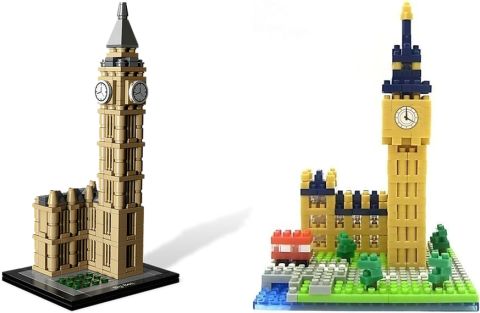 When you finish building a Nanoblock set you will find a lot of extra pieces, which is great for making up your own creations, or building alternate models. Although the real reason of including them is probably because Nanoblock pieces are so tiny it is very easy to loose some – therefore the extra pieces come handy. Nanoblock sets can be categorized into three types, and we will talk about them below.

➡ NANOBLOCK MINI COLLECTION SETS: These sets usually include a small model of an animal. They usually come in a black packet and are pretty realistic for their small size. Prices range between $10 and $15.

➡ NANOBLOCK SITES TO SEE SETS: These are medium-sized sets packed in a small white box. Almost all of them are models of tourist attractions. Prices range between $25-$30.

➡ NANOBLOCK ADVANCED HOBBY SETS: These are the largest sets and are very challenging to build. There are some interesting sets in this range, like the Titanic, the Statue of Liberty, and the White House (pictured below). Prices range between $45-$140.

Nanoblock also has some licensed sets like The Adventures of Tintin, Pokémon and Sanrio characters including Cinnamoroll, Hello Kitty, KeroKeroKeroppi and My Melody. A series of sets based on Disney characters is sold exclusively at the Tokyo DISNEYLAND Park. 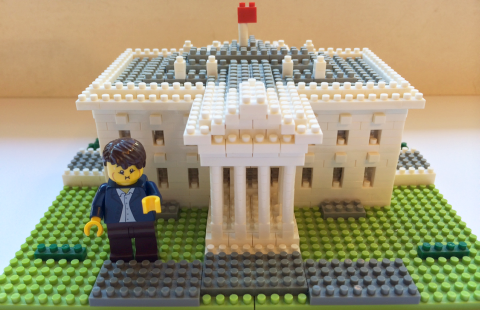 I own seven Nanoblock sets, but so far I built only six of them. (The one that I haven’t built is called the X’mas House (pictured above) and I wanted to save it up for Christmas! One thing to note is that the Nanoblock products are recommended for ages 12 and up so they are more suitable for teens (like myself) and adult builders.

Althoug I like Nanoblock products there are some things that I find frustrating. Firstly, the building instructions are complicated and unclear. Maybe I am just too used to LEGO’s neat and easy-to-follow instructions. Below is an example of what a typical Nanoblock instruction looks like. The second thing I find frustrating is that the final models are not very sturdy due to the lack of tubes at the bottom of the bricks, so sometimes the set will just fall apart and you have to rebuild the whole thing. 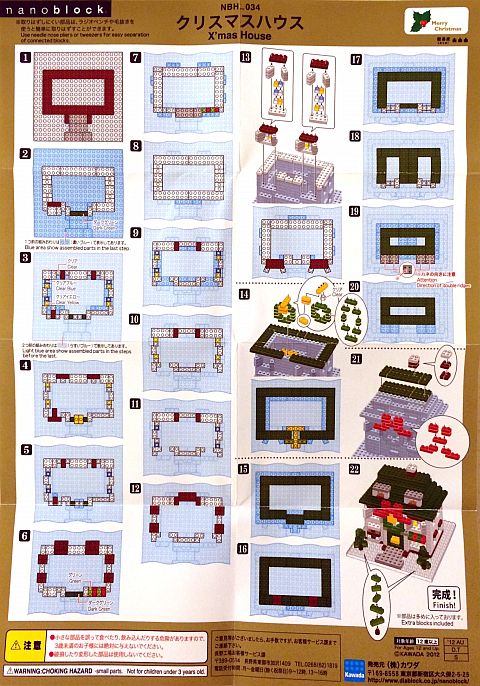 Other than these issues I find Nanoblock models to be very nice and they also provide an interesting challenge with their tiny size and different style elements. If you are a LEGO fan and would like to try out something new and different, you might want to pick up a Nanoblock set. They are available at Toys’R’Us and some specialty toy stores and gift-shops, and you can also find them on Amazon: NANOBLOCK SETS ON AMAZON

So what do you think? Have you ever built a Nanoblock set? How did you like it? Or did my article make you curious and perhaps you will give Nanoblock a try? Feel free to share your thoughts in the comment section below! Also, I’m a TFOL (Teen-Fan-of-LEGO), and this is my second article here at theBrickBlogger. Your feedback is welcome! Thanks for reading! 😉