I was talking with one of our long-time readers, Brad, who is a collector of official LEGO movie posters. The information he shared was so interesting that I suggested he writes an article. He preferred not to do it himself, however he suggested I use the information we talked about to put together a post, then if readers have other questions he can answer them. 🙂 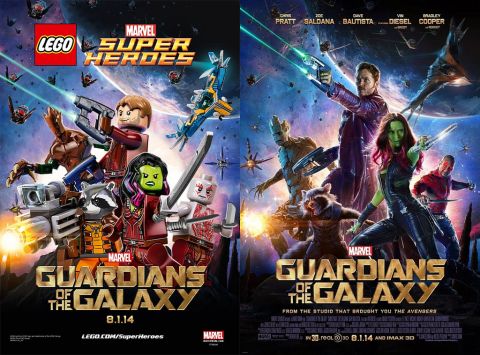 LEGO has been collaborating with various movie franchises for several years now. Besides official LEGO sets related to the movies, they also started offering promotional posters. The most interesting and fun part of these posters is that they are recreations of the official movie posters related to the release of a new film – so they will include minifig versions of the characters and actors in the same settings and with the same poses as on the original poster. And another interesting part is to be able to find these posters, as they tend to be quite elusive; some of them may actually have never been available in a printed format (so it was just art-work used digitally) and even the ones that were printed are usually only available as a promotional item tied to the release of the new film and/or the new LEGO sets related to the film. As I have mentioned, Brad is an avid collector of these LEGO movie posters. Below I will post the information he shared with me, and you can also visit his flickr gallery for all the LEGO movie posters. 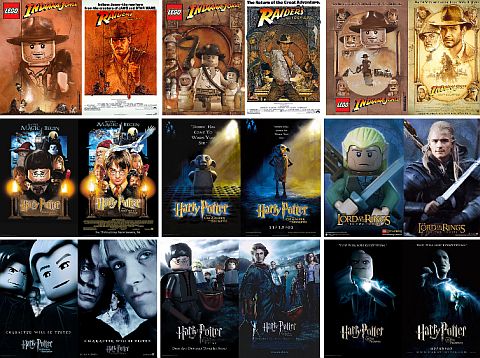 The first printed movie poster remakes that I’m aware of are related to the Indiana Jones line (Raiders of the Lost Arc, Last Crusade, and Kingdom of the Crystal Skull) from 2008-2009, when the LEGO Indiana Jones sets became available. I don’t have these because they were released before I became serious about collecting them, and I believe that they were even more limited than normal. However I do have pictures of the posters next to the original ones in my flickr gallery. 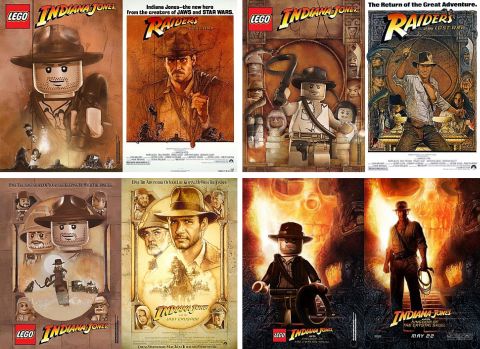 The next LEGO movie posters were for Star Wars Episode I: The Phantom Menace, to coincide with the release of the 3D version of the film in 2012. There are two posters related to the movie; one is a LEGO-ized version of the original poster, and the other is for the 3D version. I believe only the poster for the regular version of the movie was printed, but I don’t know where it was originally available. I got one off of eBay

from an international seller.

. All three (or four – if you add the second side of the two-sided poster) of these posters were 24″ x 32″, which is not a common poster size. I’ve only been able to find one frame style that comes in this size. 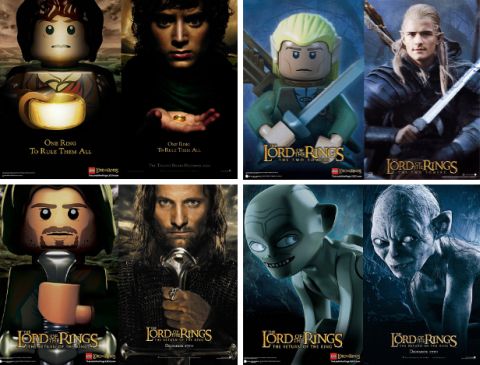 There is a bunch of LEGO-ized movie posters related to the Harry Potter films between 2001 and 2011, however it seems that most of these were never officially released in a printed format. I did hear that at least a couple of the later ones were available at some movie theatres, but I don’t know much detail about them. They look very nice though. 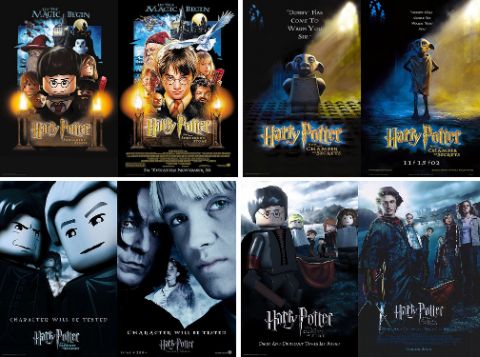 The other poster that came out in 2012 was for The Avengers movie. It was available at select theatres, but I wasn’t able to find one this way. The same poster became available from LEGO stores, later that month, which is how I ended up getting mine. 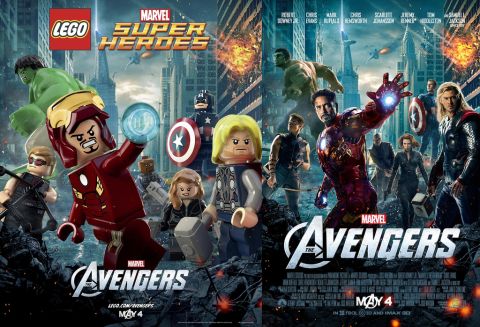 In 2013 there were three movies with LEGO licenses. The first one was Iron Man 3, which got two posters. They were advertised in the LEGO Store Calendar, but they had the date of the event mixed up (they said the event was exactly one week before it actually was). The next movie was Man of Steel with one LEGO-ized poster. This one wasn’t even advertised in the LEGO Store Calendar, and I was only able to get one because I called my local LEGO store at the right time (the poster was available during the Superman Mini Model Build mentioned in the Calendar). The third movie was The Lone Ranger, which also got one poster. This one I had to hunt for because there was no announcement made that it was available at AMC Theatres. All four of these posters are 16″ x 20″. I call them my “Three Movies in Three Months” collection, because – at least to my knowledge – this has been the only time when three movies, which came out in three consecutive months, each got their own versions of LEGO posters. 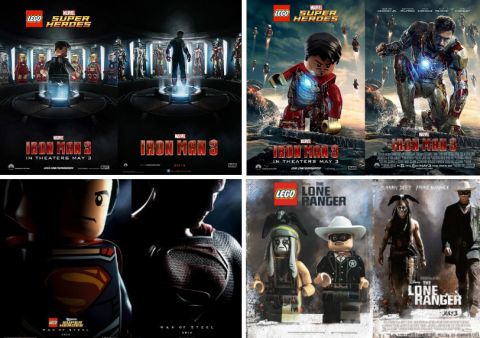 If you are interested in collecting LEGO versions of real movie posters you can pay attention to the LEGO Store Calendar where they are usually announced and offered as a bonus at various in-store events, or when you make a purchase. And as I have mentioned above, some of these posters are only available on a limited basis at select theatres. If you would like to find those, your best bet is eBay. You can see some of the current listings here: LEGO PROMOTIONAL MOVIE POSTERS ON EBAY

So what do you think? Do you have any of the LEGO movie posters? Do you collect them? Which one(s) do you have? Feel free to share and discuss in the comment section below! Also, if you have any questions for Brad (who wrote the bulk of this article) you can ask them below. 😉

Previous post: LEGO Modulars – get them while you can!