As you probably know already, the 2015 LEGO Ninjago sets have been revealed on YouTube by LEGO fan just2good (see video below). As I know many of our readers are huge LEGO Ninjago fans, I will post them here so we can discuss what’s coming. One thing you will notice right away is the return of the Anacondrai, and also it seems that we are back to the simpler Ninjago setting instead of the high-tech Ninjago City sets we got this year. 🙂

➡ #70745 LEGO NINJAGO Anacondrai Crusher – here we have Kai and what appears to be an Anacondrai warrior – either an Anacondrai in human form, or perhaps a human Anacondrai worshiper, cult-member or minion. The headpiece is interesting and could possibly be used for tribal warriors of all sorts. Also, the bare-chested and tattooed torso piece and head looks interesting. The vehicle itself with its dark-tan and purple highlights appears to have a lot of useful pieces in nice colors. 219 pieces, 2 minifigures, price: $19.99 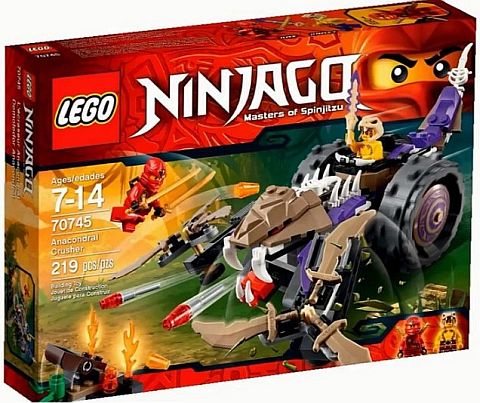 ➡ #70746 LEGO NINJAGO Condrai Copter Attack – this is a really interesting chopper with the same dark-tan and purple color-scheme as above, and a pleasing chunky shape. Here we got two more of the Anacondrai warriors – one of which appears to have a secondary identity as a punk rocker. The orange ninja is Skylor, who is rumored to be a female ninja, and this is the only set she appears in. 311 pieces, 3 minifigures, price: $29.99 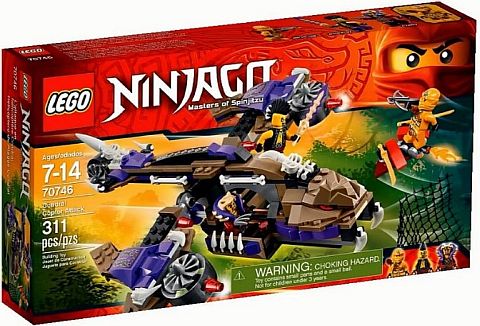 ➡ #70747 LEGO NINJAGO Boulder Blaster – I always liked Cole’s vehicles – they are kind of steampunk-ish, and this one doesn’t disappoint either. The minifigs includes are Cole, and two Anacondrai Warriors (Slash and Slaven) with similar tattoos and other details as in the previous sets. 236 pieces, 3 minifigures, price: $29.99 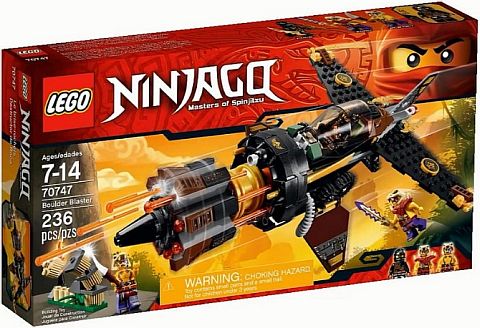 ➡ #70748 LEGO NINJAGO Titanium Dragon – nice to see another Ninjago dragon again! Interestingly this one has a brick-built head instead of the previous moulded head-pieces. I’m not sure what prompted the change. The Titanium Ninja looks awesome. I’m not going to spoil for you his identity, but he is an old friend whom I’m glad to see return. There is also an Anacondrai who looks very much like the original version of Pythor, although at this point his identity is not know, but we can assume he is some kind of Anacondrai general. Also, there is another humanoid Anacondrai warrior with a regular hair-piece. 360 pieces, 3 minifigures, price: $39.99 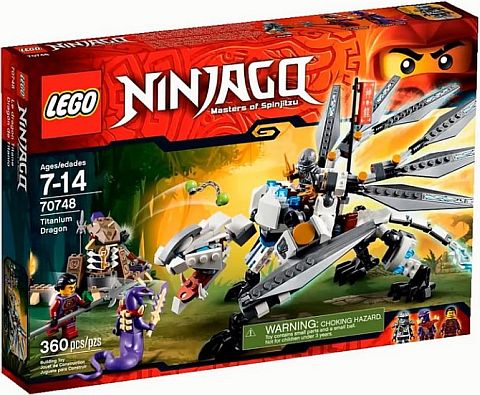 ➡ #70749 LEGO NINJAGO Enter the Serpent – this is the largest set in this wave of LEGO Ninjago sets, which an Anacondrai temple in the form of a giant serpent. (It is nice to see that all the sets are very interesting, but none of them are particularly expensive – even this one is more in the medium-price range as far as LEGO sets are concerned. A good move from LEGO in the current economy.) This set has so many nice pieces it is a LEGO builder’s dream! Just look at all those masonry bricks and slopes in dark-tan! We get Lloyd here, along with Jay, an Anacondrai, and two Anacondrai warriors (the more I look at them the more they appear to look like cult members). 529 pieces, 5 minifigures, price: $69.99 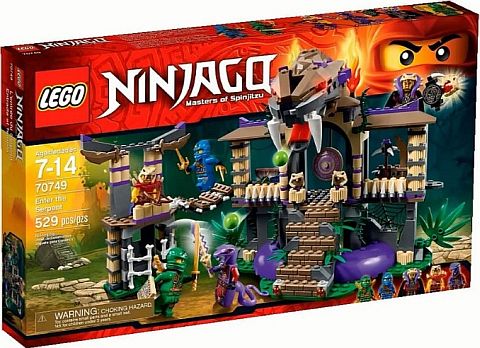 ➡ #70750 LEGO NINJAGO Ninja DB X – I’m not certain of the set name, but that’s what it appears to say on the box. The vehicle is the mobile base of the ninja. I wouldn’t be surprised if this set has some kind of transforming capabilities. Lots of minifigs here; we get Kai, Samurai X, Sensei Garmadon, Pythor (the white version), another snake-like Anacondrai, an Anacondrai warrior named Kapau, and a brick-built robot. 756 pieces, 7 minifigures, price: $79.99 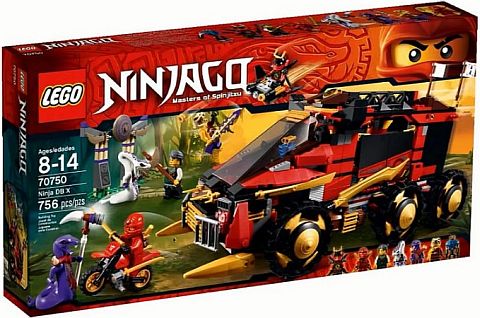 ➡ #70752 LEGO NINJAGO Jungle Trap – a small set with Kai and an Anacondrai warrior. It appears that they are fighting over a special green weapon placed in a shrine. 58 pieces, 2 minifigures, price: $8.99 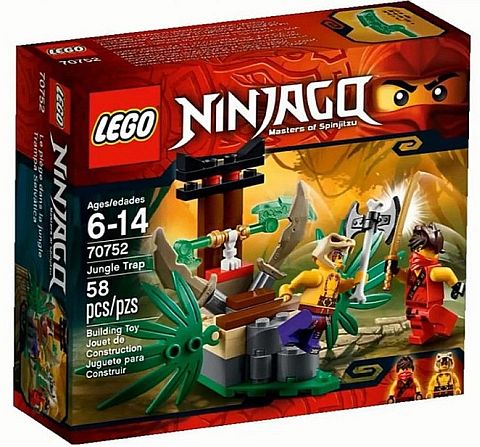 ➡ #70753 LEGO NINJAGO Lava Falls – another small set, this time with Cole and an Anacondrai warrior, over some kind of lava setting and another special green weapon. 94 pieces, 2 minifigures, price: $12.99 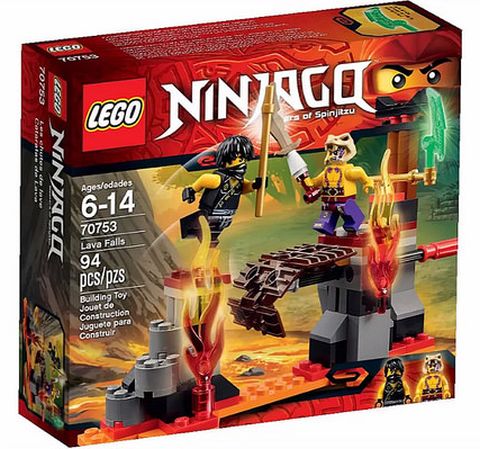 ➡ #70754 LEGO NINJAGO Electro-Mech – we don’t have a picture of this set yet without the confidentiality watermark so I can’t share it, but it includes a medium-size primarily blue mech for Jay, an Anacondrai warrior, and another one of those special green weapons. ??? pieces, 2 minifigures, price: $19.99

➡ #70755 LEGO NINJAGO Jungle Raider – here we have Lloyd with a sweet green and gold vehicle and an Anacondrai warrior, plus one more of the special green weapons everybody seems to be after. 188 pieces, 2 minifigures, price: $19.99 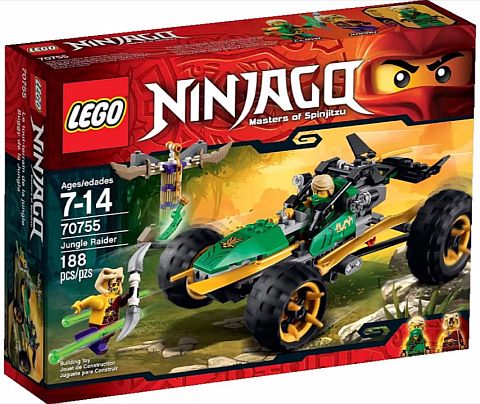 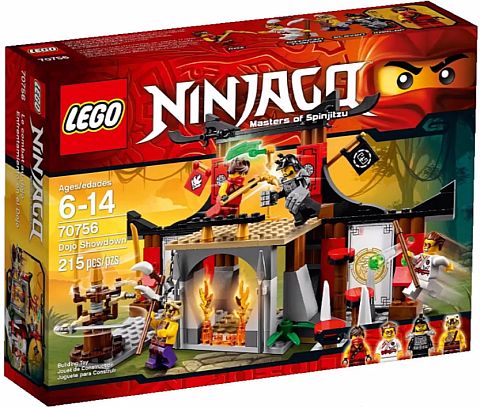 I’m also including the original YouTube video below so you can see the alternate images for each of the sets with a slightly different view. As you can see, this is a great range of sets and a fully developed theme to keep LEGO Ninjago fans happy for a while.

So what do you think? How do you like the 2015 LEGO Ninjago sets? And what about the new minifigs? What do you think the story is going to be about? Any clues you notice from the pictures? Feel free to share and discuss in the comment section below! And while we are waiting for the new sets, you can also check out the current LEGO Ninjago sets at the Online LEGO Shop.