Today we are going to continue out previous discussion about new LEGO elements coming in 2015. In Part 1 of this series (see: New LEGO Elements in 2015 – Part 1) we covered nine new pieces. At the time of writing that article I knew of only about 18 new elements, but since then I have learned that there are at least 31 (4 of which are minifig parts)! This time I will attempt to cover more of these new pieces – particularly the interesting ones – and since there are quite a few, instead of listing them all separately, I will put them into categories. Hence the parts’ names are now in italics. Also, if a part has a Design ID listed with it, you can find in the Brickset.com database by searching the ID. So, let’s get to it! 🙂 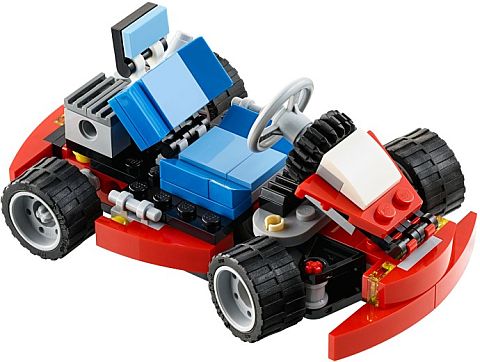 ➡ LEGO Technic Parts: There are six more new LEGO Technic pieces, in addition to the two we discussed in Part 1. The first of these new parts is Cross Axle 2M W. Snap W. Fric (Design ID 18651), which comes in black and is basically the opposite of this year’s Con. Bush 2M Fr. + Cross Axle. It appears in the #31030 LEGO Creator Red Go-kart, #42031 LEGO Technic Cherry Picker, and #42038 LEGO Technic Arctic Truck. The next three are Gear Wheel Z16, Double-sided (in red); Driving Ring 3M (in dark-stone-grey); and Cross Axle, Extension, 3M, 3 Ribs (in white). All three of these pieces appear together in the #42038 LEGO Technic Arctic Truck and the #42039 LEGO Technic 24 Hours Race Car. The #42039 LEGO Technic 24 Hours Race Car also sports new Curved Panel 3X13 W. Holes in bright-green. The below video shows most of these parts, and also the Peg Bush we talked about in the previous article. 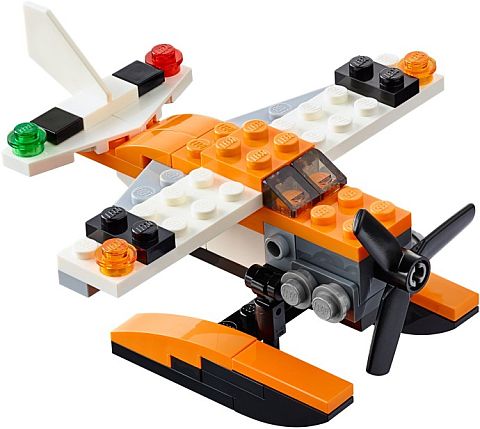 Another official part is End Piece for Truck Body (Design ID 30022), which comes in orange and bright-yellow in the #60083 LEGO City Snowplow Truck and #60075LEGO City Excavator and Truck, respectively. This part happens to be the second part that I have found on LEGO Digital Designer before the piece has been released (the first was the Techno-blade piece). 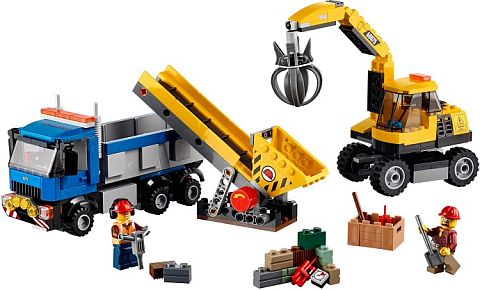 The last three of the assorted LEGO elements I will discuss here are all from the new LEGO Elves line, to be released in March 2015. The first is Stalk with 6 Stems. It is similar to the regular flower stalk with 3 stems, but this time it comes with 6 stems, and in dark-green. I’ve found it in #41075 LEGO Elves Treetop Hideaway and #41076 LEGO Elves Fairan and the Crystal Hollow. The second part is (or what I call it) Fancy Handle, which looks like a shovel handle and appears to be special in the LEGO Elves story. It comes in aqua (for water), orange (for fire?), and bright-yellowish-green (for leaves); one color to each of these sets: #41073 LEGO Elves Naida’s Epic Adventure Ship, #41074 LEGO Elves Azari and the Magical Bakery, and #41076 LEGO Elves Fairan and the Crystal Hollow. Finally, there are some new leafy fence pieces that appear in #41074 LEGO Elves Azari and the Magical Bakery in gold, and #41075 LEGO Elves Treetop Hideaway in sand-green.

➡ LEGO Animal Parts: Excluding LEGO Friends, Disney Princess, and Elves mini-animals, there is really only one new animal this year, but it is a good one. It’s a new alligator design found in the new LEGO City subtheme Swamp Police. It is made up of three parts: a body, an upper jaw, and a tail; all of them are in earth-green. These alligators appear in #60066 LEGO City Starter Set, #60067 LEGO City Helicopter Pursuit, #60068 LEGO City Robber Swamp Hideout, and #60069 LEGO City Swamp Police Station. 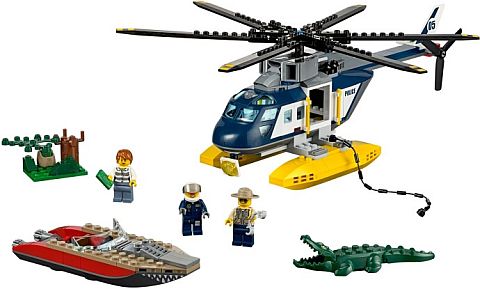 So these are 12 more of the new parts for 2015 sets. It looks like there will be plenty of new elements to get next year, and plenty of sets to get them from. As we have discussed earlier, some of the 2015 LEGO sets are already available, and you can check them out at the Online LEGO Shop. 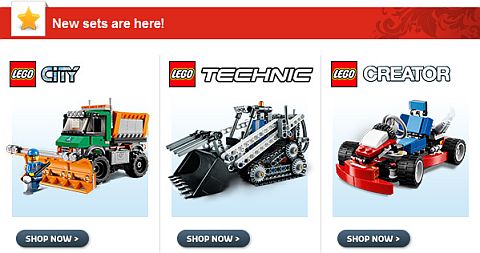 So, what do you think? Do you find any of these new parts useful? Are you planning to get any of the sets they come in? Feel free to share you thoughts and discuss in the comment section below! 😉