Yesterday LEGO revealed the next upcoming LEGO Ideas set, the #21302 LEGO Ideas The Big Bang Theory. If you are not familiar with it, The Big Bang Theory is an American sitcom that has been around for several years and airs on CBS. The show is primarily centered on five geeky characters who live in Pasadena, California: Leonard Hofstadter and Sheldon Cooper (both physicists who share an apartment), Penny (who lives across the hall), Howard Wolowitz (an aerospace engineer) and Raj Koothrappali (an astrophysicist). Two other characters are also included in the LEGO Ideas set who were later added to the show: neuroscientist Amy Farrah Fowler, and Bernadette Rostenkowski (Howard’s wife). So let’s see the LEGO set! 🙂 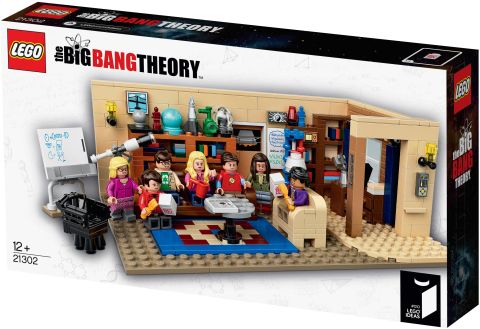 The LEGO Ideas The Big Bang Theory set was created by two LEGO fans, Alatariel and GlenBricker. After submitting the project to LEGO Ideas, it quickly achieved minimum required 10,000 public votes for LEGO to consider making it into an official LEGO set. The project was approved by LEGO last year and since then LEGO’s own designers have been working hard to bring the set to life in coordination with their license partners. Below is the official announcement from the LEGO Ideas Blog:

“At long last, here it is … the upcoming LEGO Ideas The Big Bang Theory set! Our professional model designer Steen Sig Andersen and graphic designer Mathew Boyle worked to keep the set design as true as possible to fan builders Alatariel and GlenBricker’s original submission, while also working in LEGO design DNA and collaborating with our licensing partners. Mathew says he had a lot of fun bringing elements like Sheldon’s ‘smile,’ Howard’s trademark smirk and Bernadette’s scary side to life in the minifigure characters. Here at LEGO Ideas, we can’t wait for you to be able to build your own model of Leonard and Sheldon’s living room, complete with the minifigure cast of The Big Bang Theory.” 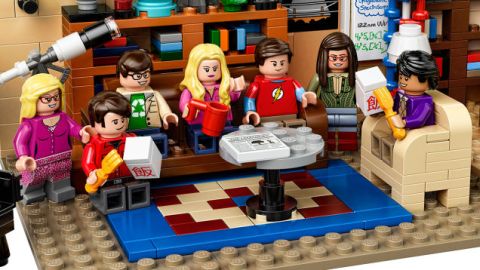 And here is the official product description: Indulge your inner genius and build this LEGO version of Leonard and Sheldon’s living room as seen in the hit American sitcom The Big Bang Theory! This set was created by two LEGO fan designers – Alatariel from Sweden and GlenBricker from the USA – and selected by LEGO Ideas members. Featuring loads of authentic details to satisfy all The Big Bang Theory devotees and including minifigures of all seven main characters from the show, it’s ideal for display or role-play fun. Includes 7 minifigures with assorted accessory elements: Leonard, Sheldon, Penny, Howard, Raj, Amy and Bernadette. The set contains 479 pieces and will be available starting August 1st, for a recommended retail price of $59.99 US / EUR 59,99. 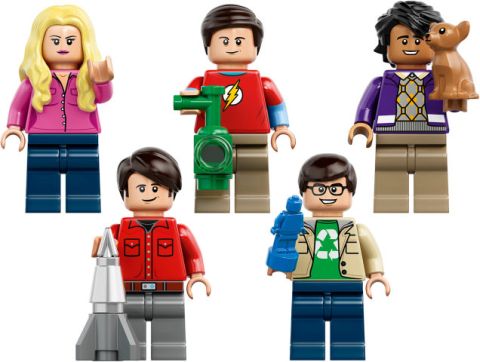 I know a lot of people were eagerly waiting for this set, so it is great to see its final design. LEGO designers did a great job keeping the final set close to the original submission, and also adding great details like the exclusive minifigures, new colored trophies, (hopefully) printed elements and more. The Chinese takeout boxes should be especially popular. As mentioned above, the set will be available in August, so we don’t have to wait that much longer, and in the meantime you can check out the currently available LEGO Ideas sets submitted by LEGO fans at the Online LEGO Shop.

So what do you think? How do you like the LEGO Ideas The Big Bang Theory set? Is this something you have been looking forward to? How do you like the final design? Are you planning to get the set? Feel free to share your thoughts and discuss in the comment section below! 😉