Another one of the upcoming LEGO Ideas sets were revealed just a few days ago. As you may remember, there are three LEGO Ideas sets that will be available later this year; the #21302 LEGO Ideas The Big Bang Theory that we discussed recently (see link at the end of this post), the LEGO Ideas Doctor Who set (not yet revealed), and the #21303 LEGO Ideas WALL-E set. This last model was originally designed by film-director, animator and screenwriter Angus MacLane, who personally worked on the WALL-E film – and thus the perfect person to design this set! 🙂 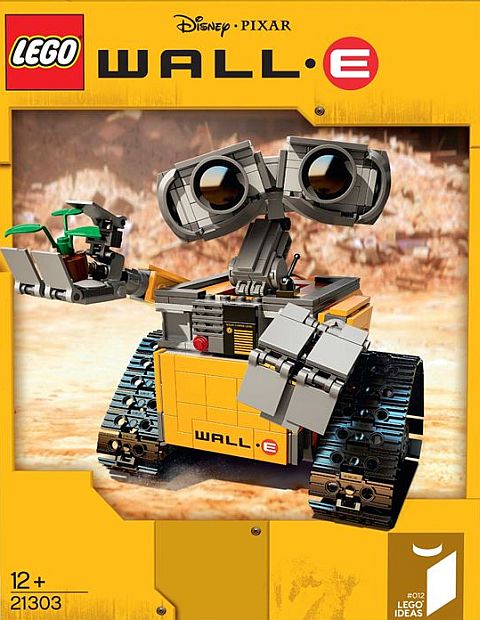 Angus MacLane submitted his LEGO WALL-E model to LEGO Ideas, and after achieving 10,000 public votes, the model was selected as one of the next LEGO Ideas sets. Just as a side-note, this is not the first time Angus designed a LEGO set. His very innovative and creative brick-built LEGO Star Wars characters called LEGO CubeDudes were released back in 2010 and were available as exclusives at various conventions (see link at the end of this post for more info). 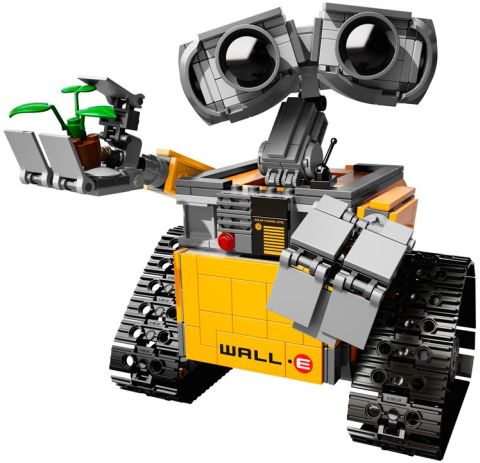 Going back to the upcoming LEGO WALL-E, the set captures the film-character perfectly! The neck and eyes can flex, the wrist and hands are movable, and of course the wheels and tracks can rotate. Also, the compartment on the torso can open, just like in the movie, so the little plant can be put inside. I’m hoping that the logo at the front is printed rather than stickered, and I wish LEGO designers gave WALL-E a cooler too! The set will be available in December. The official price is not yet known, but it is listed at €57.99 at this website, which roughly converts to £39.99 in the UK and $39.99 in the US, based on similarly priced sets.

So far the reaction from LEGO and Pixar fans to the LEGO WALL-E set has been overwhelmingly positive, and for a good reason! This is likely going to be one of the most popular LEGO Ideas sets, and I expect that it will fly off the shelves as soon as it becomes available. While we are waiting you can check out the currently available LEGO Ideas sets submitted by LEGO fans at the Online LEGO Shop.

So what do you think? How do you like the LEGO Ideas WALL-E set? Are you planning to get it when it becomes available? Which one is your favorite LEGO Ideas set so far? Feel free to share your thoughts and discuss in the comment section below! 😉