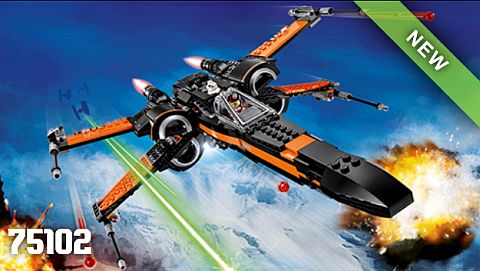 Overall the LEGO Star Wars: The Force Awakens sets are a mixed bag. The #75101 LEGO Star Wars TIE Fighter, the #75102 LEGO Star Wars X-wing, and the #75105 LEGO Star Wars Millennium Falcon are all old friends from the Star Wars universe that we have seen many times in LEGO form. It’s good to see these iconic vehicles being part of the new story, and the LEGO versions come with some nice improvements and upgrades. I particularly like the beefier look and recolor of the X-wing, and the red highlights of the TIE Fighter. The three sets that are unique to the new line are the #75100 LEGO Star Wars Snowspeeder, the #75103 LEGO Star Wars Transporter, and the #75104 LEGO Star Wars Command Shuttle. I’m sorry to say that all three of these look like ugly gray dumpsters. Of course this mostly has to do with how these vehicles look in the film, and LEGO designers did incorporate some fun play-features and clever building-techniques. They are not all bad, they are just very ugly. If you are interested in any of these sets I would suggest that you look at the detailed video-reviews below. Then there is one set that kind of stands on its own; Rey’s little #75099 LEGO Star Wars Speeder. This vehicle combines a great color-scheme with excellent mechanical detailing (geebling) and play-features. And it is only $20. Sets like these are where LEGO really shines.

As far as the LEGO Star Wars: The Force Awakens minifigs, they are awesome all the way. LEGO did an incredible job on all of them. Particularly noteworthy are the earthy color-schemes on the heroes and some of the villains, great detailing on all of the minifigures, excellent accessories, and good mix of characters for army building. In the video-player below you will find two videos; one summarizes all the new LEGO Star Wars: The Force Awakens vehicles, and the second discusses all the minifigures. This is a good way to get an overall view on the new sets and characters, as well as get a feel for the comparative size of the vehicles.

Now that we looked at the new sets and minifigures overall, and if you are still interested in them, in the video-player below I have included individual reviews of all seven LEGO Star Wars: The Force Awakens sets, also by JANGBRiCKS. This will give you a chance to see all the details and play-features of each of the sets. You can watch the videos one after another, or select from the drop-down list on the upper left corner of the player. Here is a list of all seven sets for your reference with just their basic info:

If you don’t own a previous version of the TIE Fighter, the X-wing and the Millennium Falcon, this is a good time to pick them up as the new versions are well done. If you have earlier versions however the upgrades are not enough to warrant buying them again – except for the X-wing as it is a full recolor and looks excellent next to the traditional color variation. The price on the X-wing and the Falcon are reasonable, however the TIE Fighter is way overpriced. As far as the ugly gray dumpsters, if you like the play-features and minifigs, you might consider some of them after watching the reviews. I like the look of the Command Shuttle the most. If you modify the wings so they can fold out (like you have seen JANG do in the overview video), it actually looks quite graceful while still remaining menacing. The set that is getting pretty much universal positive acclaim is the little speeder – the smallest and cheapest in the bunch. You can find all the news sets under the LEGO Star Wars section of the Online LEGO Shop. 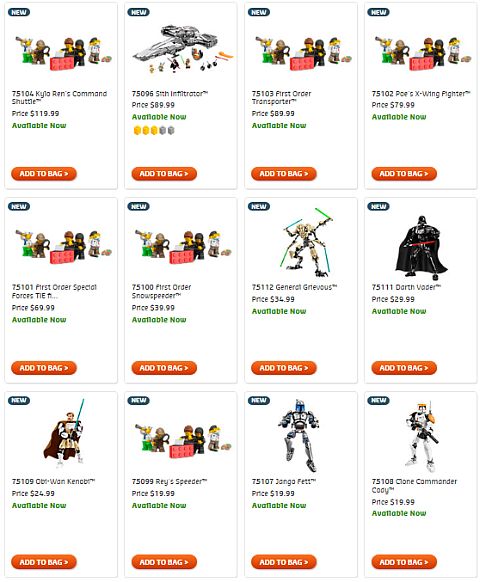 Hope these reviews helped you to decide if any of these sets are for you. If you have some or all of the sets already, feel free to share your own thoughts and reviews in the comment section below. I’m sure other readers would appreciate it. 😉

Next post: The LEGO Club & its influence on AFOLs