Yesterday LEGO announced their latest direct-to-consumer exclusive set, the #76052 LEGO Batman Classic TV Series – Batcave. The set is based on the 1960s Batman live action television series that starred Adam West as Batman and Burt Ward as Robin — two crime-fighting heroes who defend Gotham City. Unveiling of the #76052 LEGO Batman Classic TV Series – Batcave coincided with the anniversary of the first episode of the TV show that aired on January 12, 1966. Details and designer-video below. 🙂 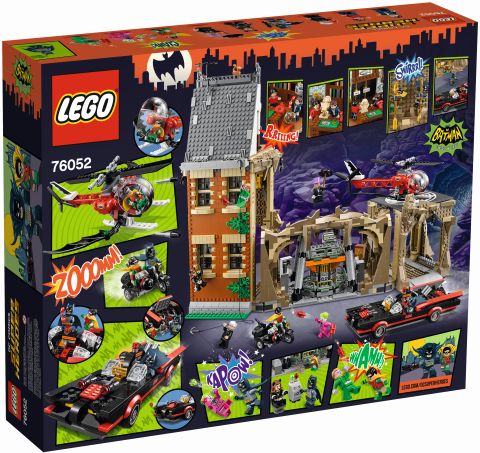 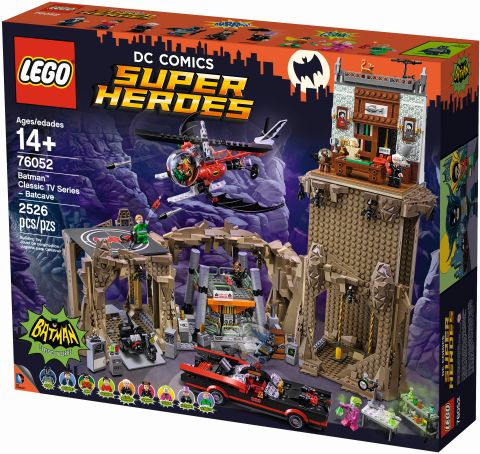 Here is the official description of the set: Drive the villains out from Batman’s Batcave! Help Batman and Robin to drive the villain intruders from the Batcave, featuring a Bat Lab with Batcomputer, plus the Batmobile with stud shooters, Batcopter with flick missiles and the Batcycle. This special model, based on the classic 1960s TV show, also has a Wayne Manor section with an exterior wall to climb on and Bruce Wayne’s study featuring the iconic Batphone and a false bookcase that slides open to reveal the secret entrance to the Batcave. Before spiraling down the Batpoles into the Batcave, change identity from Bruce Wayne and Dick Grayson into Batman and Robin (separate minifigures included). 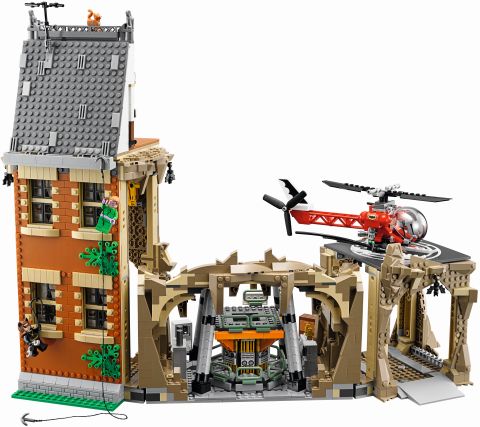 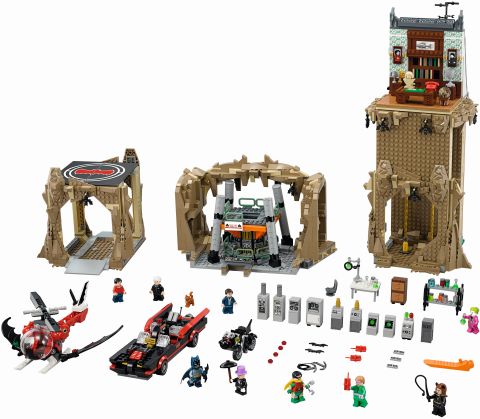 As you can see, #76052 LEGO Batman Classic TV Series – Batcave is massive, and includes all of Batman’s gadgets. The three-section modular design allows the scene to be set up in different ways, and even expanded. There are also a lot of modular accessories to fill up the Batcave. Wayne Manor is designed using an interesting building technique, with plates sideways both at the back and the roof. This allows the manor to be very tall without using too many pieces. I think it looks great from the front, not so much from the side or the back though. I really like Bruce Wayne’s study with the sliding bookcase and that gorgeous wall-paper design, using new 1×4 printed elements. I should mention here that most of the other decorations are stickers. 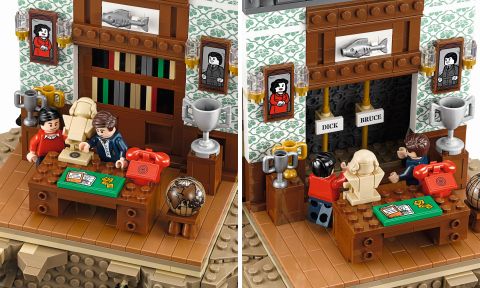 The Batmobile looks sweet, although maybe have a bit too much red. The Batcopter and Batcycle are more standard designs, but add playability to the set. Speaking of playability, there are a number of fun play-features in the set, and some of them are demonstrated in the designer-video. 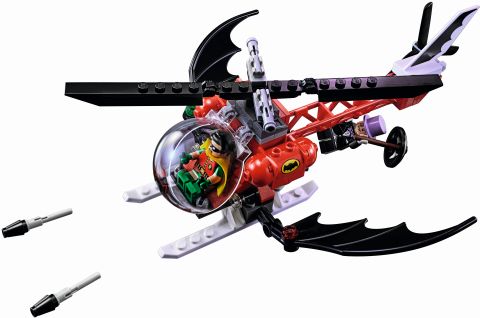 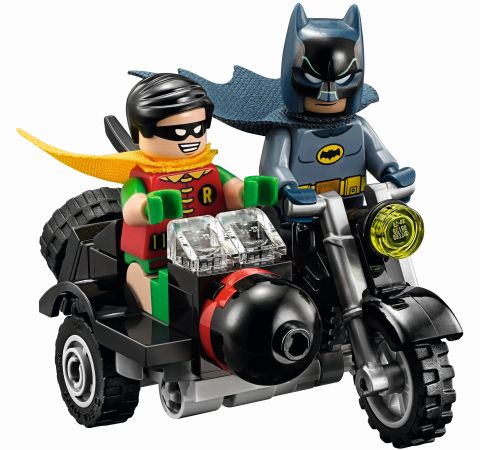 As far as the minifigures are concerned, LEGO designers did an amazing job with all nice minifigures: Batman, Robin, Bruce Wayne, Dick Grayson, Alfred Pennyworth, The Joker, Catwoman, The Riddler and The Penguin. Batman in particular looks excellent. 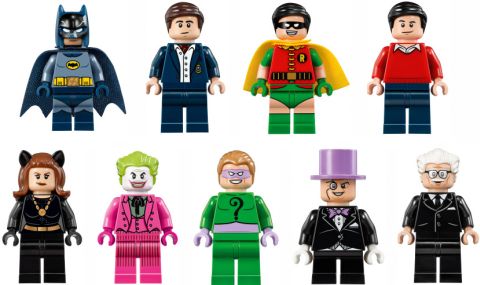 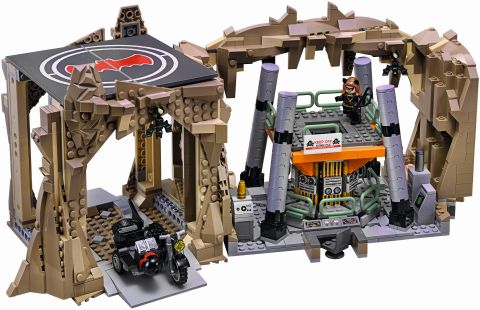 Having said that, I’m sure diehard Batman fans are going to purchase the set because for them this is a dream come true. The overall design is fine, the minifigures are awesome, the vehicles look very Batman-ish, and the parts selection is great. What do you think? How do you like the #76052 LEGO Batman Classic TV Series – Batcave overall? And what do you think of the manor, the cave, the minifigs, the vehicles, and the play-features? Feel free to share your thoughts and discuss in the comment section below! 😉

Next post: LEGO Dimensions packs on sale at Amazon