In this Brick Breakdown series I review official LEGO sets, from the perspective of looking at interesting building techniques we can all learn from. Today we will be looking at the #41172 LEGO Elves The Water Dragon Adventure. You can also check out the previously discussed LEGO techniques found in official LEGO sets at the end of this article. 🙂 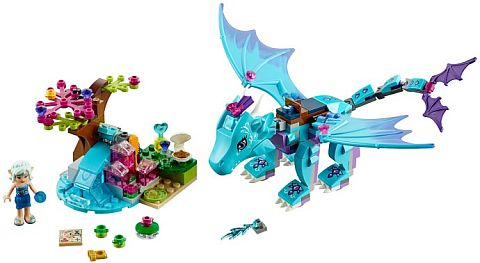 We have discussed the LEGO Elves dragons sets previously (see: 2016 LEGO Elves Dragon Sets Review), but I also wanted to share a more focused look from the perspective of interesting building techniques. Overall it appears that LEGO sets with mini-dolls (instead of regular minifigures) are going through an evolution. Looking at the earliest LEGO Friends sets, they were not very difficult to build. The most recent sets however show a marked advancement in building style. This is most likely due to the realization that the fans LEGO brought in with the initial releases are growing up, and therefore the series they follow must also mature. I’m also pleased to report that my wife – who had a major issue with the mini-dolls – is now starting to warm to them. Other adult LEGO fans who were initially skeptical about the LEGO Friends and LEGO Elves lines also seem to be taking a liking to at least some of the sets.

Looking at the #41172 LEGO Elves The Water Dragon Adventure set, you will notice that the dragon is much more complex than the small landscape also included with the set. So how is this a building technique? 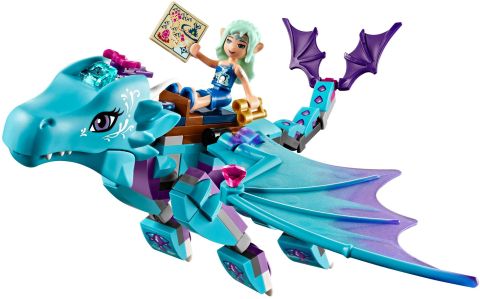 When you build a LEGO creation you often want to have a clear focus. It could be anything from a statue to a detailed building, or some other important section you would like to emphasize. Whatever the case, you will somehow need to make it stand out. This is where multi-level complexity comes into play.

You can draw attention to the most important section with more detailing and complexity, while other areas can be build simpler and with less effort. This way you can also use less LEGO elements by not wasting them on the secondary parts. For example, imagine that you spend many hours perfecting a tiny robot miner, but all people talk about is how incredible your mountain landscape is. As nice of a compliment as that may be, it could feel disappointing that they didn’t notice the important character in the scene.

If you are having trouble figuring out what needs to be complex and what doesn’t, ask yourself a simple question; which section would you like people focus on when they are looking at your creation? If it’s only a particular area or character, you can keep the rest simple.

➡ WHEN IN DOUBT ADD FLOWERS

If you’ve ever built any of the LEGO Friends, LEGO Disney Princess, or LEGO Elves sets you may have noticed the abundant use of flowers. Sometimes it even seems that flowers are added just for the sake of having them. Is this part of brand unity across these themes? At least in part it could be viewed that way. But my guess is that LEGO designers are using more flowers in these sets to provide for girls both socially and biologically. 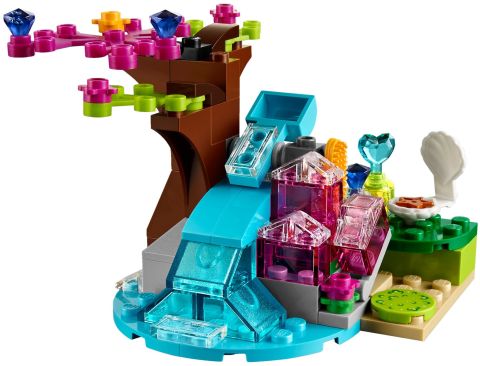 Socially it is pretty accepted that girls and flowers go together. This is a social construct that actually has nothing to do with being female. If you were to take time and say, okay, flowers are for girls because… chances are the best answer you’ve got is because they like them. But that’s not always true. Some girls like flowers and some don’t, and some boys like flowers and some don’t. But in general we have been programmed by society to think that flowers are for girls.

Biologically speaking however, flowers represent something that uniquely appeals to the female gender; color. On average females have a much higher sensitivity to colors. They can recognize a lot more color shades, and appreciate more subtle differences in the color spectrum. Of course there are exceptions to this since some women are color-blind, but in general women respond to colors stronger than men.

And as far as LEGO sets, adding little flowers is an effective and inexpensive way to infuse color into pretty much every model. These colors can be complimentary or contrasting, and can be easily reorganized for a different look. They can also add complexity to a model that is otherwise quite simple. So next time you build one of these “girly” sets pay attention to how flowers are being used.

It is safe to say that LEGO sets with mini-dolls are growing up. They are tackling more complex building methods, while retaining much of the charm that LEGO’s research suggested girls like. Given their current popularity, my guess is that they will continue going through multiple evolutions. Keep an eye on the building techniques used in these sets as you may be surprised by their complexity. You can find the latest selection at the Online LEGO Shop. 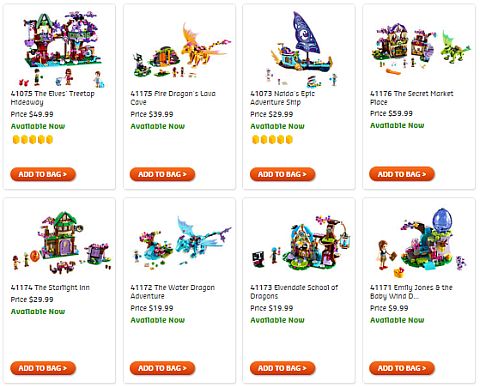 As far the use of flowers, it is just one example of something you can pay attention to when your target audience belongs to a certain gender group. Doing a bit of research on your specific audience, and see what appeals to them both socially and genetically, can make your model more impressive and better suited to that audience.

So what do you think? How do you like the newly released LEGO Elves dragon sets? And what do you think of the building techniques used here? Did you learn something new that you can incorporate in your own creations? Feel free to share your own experiences and tips, or ask questions in the comment section below! 😉