As you may remember from our previous discussions (see links at the end of this post), LEGO’s ReBrick website was recently re-launched to focus on LEGO contests for teen and adult LEGO fans. The LEGO Speed Champions Dream Race Stop-Motion Contest and the LEGO Dimensions Build Your Own Gateway Contest are still going on, and now a new one has been added; the LEGO Best Friends Contest. Details below. 🙂 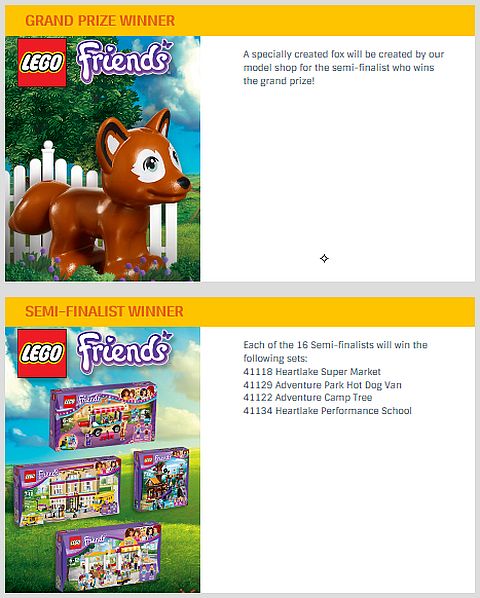 ➡ LEGO BEST FRIENDS CONTEST – WHERE TO ENTER: It happened with LEGO Castle in 2013, it happened with LEGO Batman in 2014, and now it’s happening with LEGO Friends in 2016! Show us the best of LEGO Friends at one of the eligible North American fan conventions, or on LEGO Rebrick.com to be the grand prize LEGO Friends winner for 2016! For this contest, you have a couple different ways to enter. You can enter on LEGO Rebrick, and/or you can enter at one of these 15 different fan conventions in North America:

➡ LEGO BEST FRIENDS CONTEST – HOW TO ENTER: Each fan convention will have a winner, and there will be a LEGO Rebrick winner as well. From these 16 semi-finalists, one grand prize winner will be chosen. There’s lots of ways to win, so if you didn’t win at the fan convention you attended, you can still enter on LEGO ReBrick or another convention.

➡ LEGO BEST FRIENDS CONTEST – ENTRY DEADLINE: If you are entering at a LEGO convention, they will have their own times and dates to enter. If you enter at ReBrick.com, submit your entry on LEGO Rebrick no later than November 21st 2016 at 10:00 AM EST (the counter at the top of the contest page should adjust to your own time zone).

➡ LEGO BEST FRIENDS CONTEST – RULES: Entries must use LEGO bricks and other LEGO building elements primarily from LEGO Friends sets. Elements from other sets may be used, by excessive use of non-Friends elements may contribute to a lower “attention to contest theme” score, during the judging period of the contest. You can submit multiple entries to the contest, but can only qualify as a semi-finalist once. Only one entry per person will be considered when the grand prize winner is selected. 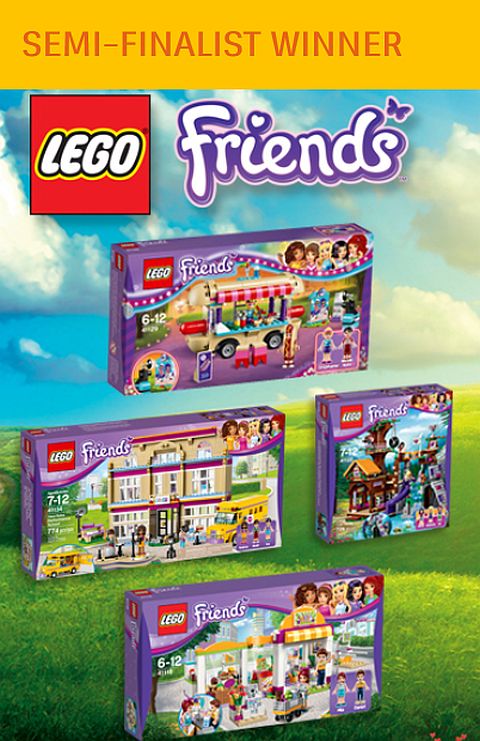 This is another great contest by the LEGO ReBrick website with a fun challenge and awesome prizes. Note that the winners will receive some of the most exciting LEGO Friends sets of the year, two of them haven’t even been released yet. Take a look at that sweet yellow school bus in the LEGO Friends Heartlake Performance School, and even sweeter LEGO Friends Hot Dog Van! Also, if you don’t have enough LEGO Friends pieces and colors, or would like some inspiration for your own model, you can visit LEGO Friends section of the Online LEGO Shop. 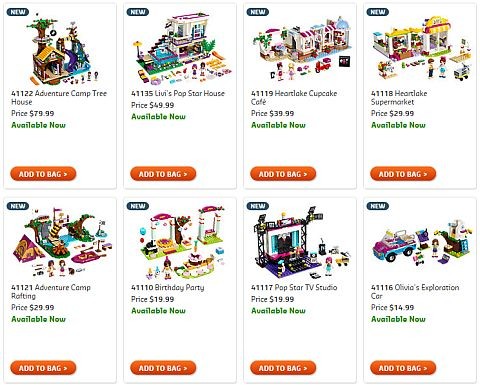 So what do you think? How do you like this LEGO contest? Are you planning to enter? Do you already have some ideas on what you would like to build? Feel free to share and discuss in the comment section below! 😉