Rogue One: A Star Wars Story in LEGO

If you are a Star Wars fan you have probably seen the Rogue One: A Star Wars Story trailer that was released at the beginning of the month. Rogue One is going to be the first Star Wars spinoff film that is not focused on the Skywalker family. The story is set shortly before the events of Star Wars: A New Hope, and will center on a group of Rebel spies on a mission to steal the plans for the Death Star. The film is scheduled for release in mid-December, and of course there are going to be LEGO sets based on it. 🙂 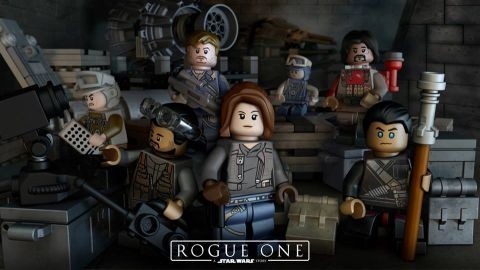 The picture you see here is a LEGO recreation of the Rogue One: A Star Wars Story teaser image featuring some of the characters, including Jyn Erso (played by Felicity Jones). There is a lot of excitement for this picture in the LEGO fan community, because it gives us a first glimpse of what the LEGO Star Wars Rogue One minifigs might look like. Another reason LEGO fans are excited is because based on the nature of the film, we will likely get some military type LEGO sets and characters – quite rare for LEGO. 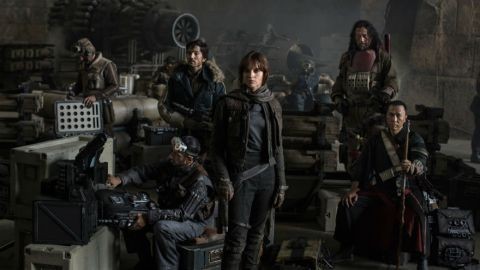 I’m also including the Rogue One: A Star Wars Story trailer here for your convenience, because it gives you a good idea about the mood of the film. I would say it looks more like a war movie in a futuristic setting, rather than previous Star Wars films, but we shall see…

While we don’t know the names of the LEGO Star Wars Rogue One sets yet, we do know that they will be released on September 30th (Force Friday). There will be at least five regular sets and three large buildable figures based on the film, with prices ranging between $25-$90. With the new Star Wars films, Star Wars spinoff films, and LEGO Star Wars animations like the Freemaker Adventures, LEGO Star Wars is getting a lot of new source material. This is definitely refreshing after all those remakes of old sets. Currently the focus is on the LEGO Star Wars: The Force Awakens sets, and there will be more new releases next month. You can find them all under the LEGO Star Wars section of the Online LEGO Shop. 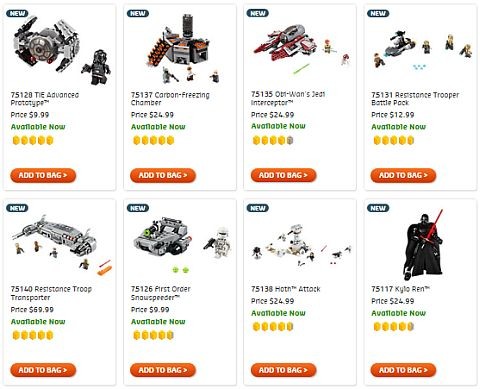 I’m pretty excited about the expansion of the Star Wars universe into more storylines. Although it is yet to be seen if Rouge One is going to be as inspirational as the main Star Wars saga, or end up being just another sci-fi movie with the usual story and characters. But whether the film is going to be good or not, having new source material to work with for official LEGO Star Wars sets sounds great.

What do you think? How do you like the Rogue One trailer? And what do you think of the LEGO poster? What characters and vehicles do you think LEGO will include in the upcoming sets? And what would you like to see in the sets? Feel free to share your thoughts in the comment section below! 😉

And you might also like to check out the LEGO Star Wars section for more news, reviews and discussions, or select from the following recent pots: