The LEGO Club Magazine has been a wonderful inspiration for young LEGO fans. It is full of interesting comics, games, contests, posters, building tips, featured creations, and more. The magazine is released every two months, so there are six issues per year. Subscription to the print version of the magazine is free for young LEGO fans ages five to nine years old. Once the child is older, they no longer receive the print version of the magazine, but they are encouraged to use the LEGO Club website instead, where the magazines are available digitally. If a child still wants to receive the print magazine, they have to request it every year to continue their subscription. 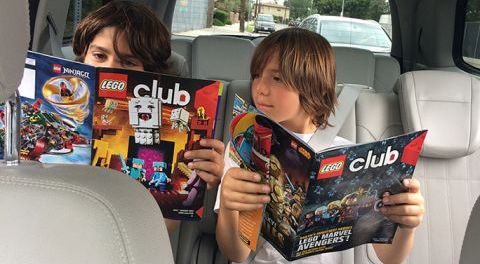 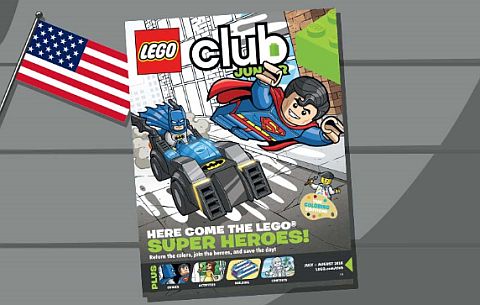 Boys and girls receive the same magazine, however they usually have different inserts. For boys the inserts revolve around Star Wars, Ninjago, Nexo Knights, Super Heroes, and other boyish themes. For girls the inserts are about LEGO Friends, LEGO Elves, or LEGO Disney Princess. The inserts are smaller magazines with additional stories and games that come inside the large magazine. I guess this allows LEGO to target boys and girls with content that is specifically created for them. The LEGO Club Junior Magazine has no inserts. 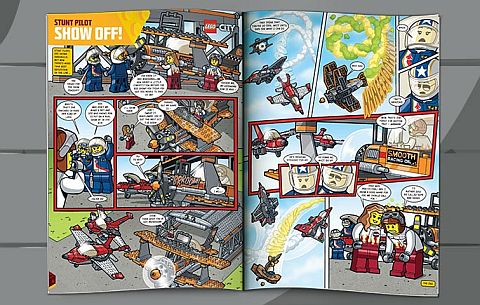 Having the print version of the LEGO Club Magazine is nice, because kids can browse through them without needing any electronics. It is a great little magazine to carry around to read the stories, play games, get inspiration for building various projects, participate in contests, and more. And there are also awesome posters included in the print version which would be difficult to get otherwise. It is also nice to once in a while look through old magazines during a quiet evening without having to rely on electronics. I know kids who have the magazines saved up from several years and treasure them greatly. 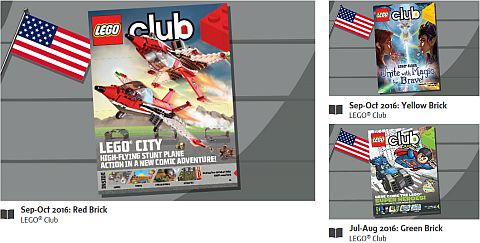 If you prefer the digital version of the LEGO Club Magazine, the benefit is that you can access all the different versions. So for example if you are a girl, and receive the insert targeting girls, you can find the insert for boys online and get benefit from both. The digital versions of the magazine are available for about two years on the LEGO Club website (right now the oldest is from July-August of 2014). If you would like to keep them longer, you can download a PDF of each issue. 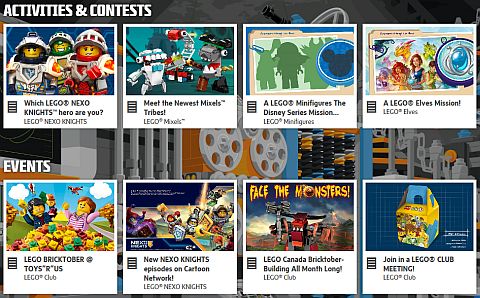 Even if you prefer the print version of the magazine, it is worth checking out the LEGO Club website once in a while, because there is a lot more additional content; more articles, more videos, more comics, and more building instructions.

The process for subscribing to the LEGO Club Magazine also changed some. Previously you could just call in and request them. Now you have to create a LEGO ID for the child, wait for the confirmation email, and once your child signs in with his/her ID, the parent will get a second email with instructions for subscribing to the magazine. I guess this makes the process more streamlined for LEGO, but also a bit more complicated for the customer. However if you run into any difficulties you can still call their awesome customer service for some help.

What do you think? Are you subscribed to the LEGO Club Magazine? Which version are you getting? Do you prefer to read the print magazines or the digital versions? Feel free to share your thoughts and discuss in the comment section below! 😉