You might remember LEGO Star Wars: The Freemaker Adventures television series that aired on Disney XD this summer. It is a fun expansion of the Star Wars saga with LEGO’s characteristic humor and excellent storytelling. The entire series with all thirteen episodes is now available on DVD and Blu-ray. 🙂 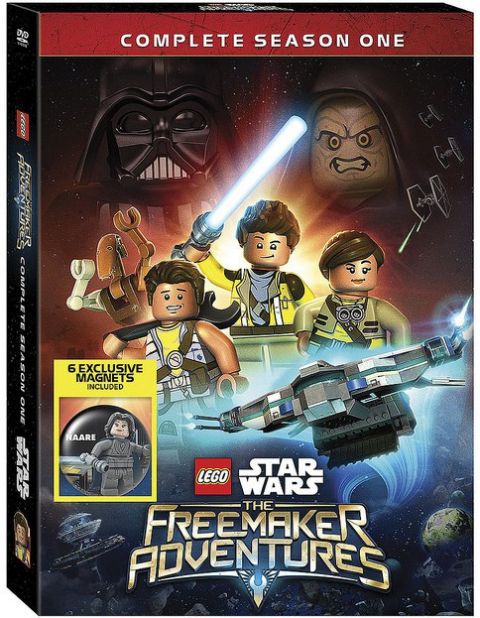 In case you are not familiar with LEGO Star Wars: The Freemaker Adventures, the story begins after the events of “The Empire Strikes Back” and before “Return of The Jedi” and follows a family of scavengers who build and sell starships from battle debris strewn throughout the galaxy. When their youngest discovers a natural connection with the Force through an ancient artifact – the Kyber Saber – his world is turned upside down, and he and his family are thrown into an epic struggle against the Empire to restore peace and freedom to the galaxy. The Freemakers explore new worlds, meet new and familiar characters and learn the meaning of family. Trailer below.

The DVD/Blu-ray release includes all 13 action-packed episodes, for 199 minutes of great entertainment. It is also worth noting that the box mentions that this is Season One, which seems to indicate that the LEGO Star Wars: The Freemaker Adventures will continue in the future, which is excellent news! Both versions also includes some extra collections of clips, behind-the-scenes footage and cast interviews, which is always interesting.

If you like LEGO Star Wars: The Freemaker Adventures, there are other LEGO Star Wars story expansions that are equally fun and originally aired as a TV show and now available on Amazon in DVD format. See below: 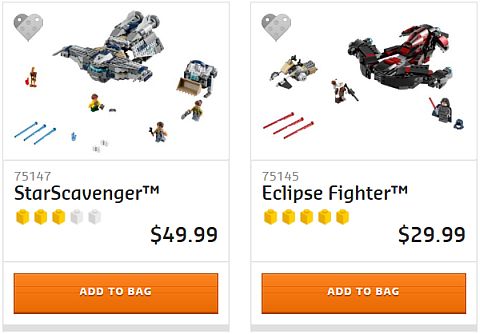 What do you think? Have you watched LEGO Star Wars: The Freemaker Adventures when it was on TV? Did you catch all the episodes? How did you like the story? And do you have either or both of the LEGO sets related to the TV show? Feel free to share in the comment section below! 😉