The LEGO BrickHeadz collection has been a big hit with LEGO fans, and not just because it offers a series of fun collectible characters, but because the building style can be used as a template to turn anyone into a BrickHeadz. Since the series came out, LEGO fans have been busy making their own BrickHeadz characters from movies, games, cartoons, and more. We have discussed many of them at Expanding the LEGO BrickHeadz Collection, and we will look at even more! 🙂 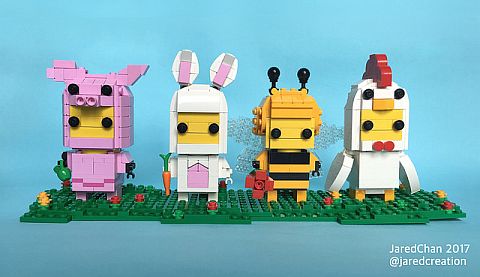 Today I wanted to show you another type of BrickHeadz, which opens up the building style to a whole new level of possibilities. LEGO fan Jared Chan has been tinkering with the BrickHeadz building style, and decided to remake the LEGO Collectible Minifigures animal suit characters into BrickHeadz! 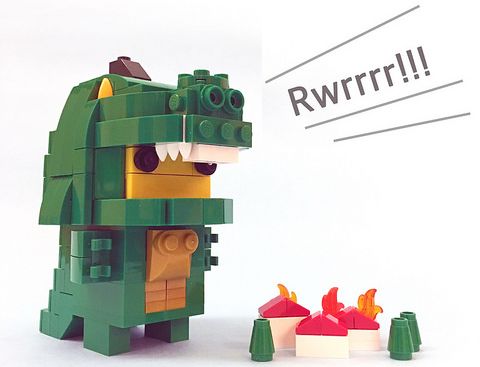 So far, Jared remade Lizard Man, Bunny Suit Guy, Chicken Suit Guy, Bumblebee Girl, and Piggy Guy. The minifig version of the characters were cute already, and they are even cuter as BrickHeadz!Note the attention to details, like the direction of the ears and matching of the colors to make the figures instantly recognizable. I also like the clever solutions to the Chicken Suit Guy’s wings and the Bee Girl’s antennae.

I don’t know if Jared is planning to make more, but it would be great to see the Panda Guy, Shark Suit Guy, and Penguin Suit Guy added to the line. And, of course, Gorilla Suit Guy, who started it all. There are also some other characters that could be considered costumed minifigs, like the Yeti in Series 11, Plant Monster in Series 14, and some of the LEGO Collectible Disney Minifigures like Stitch, Mickey Mouse, Minnie Mouse, Donald Duck and Daisy Duck. 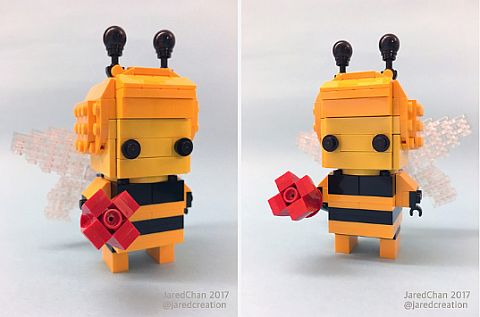 As you can see, there is a lot of fun to be had with the LEGO BrickHeadz characters, and once you build a few of the official figures and have the building style down, you can start making your own characters. You can find Series 1 of LEGO BrickHeadz at the Online LEGO Shop. 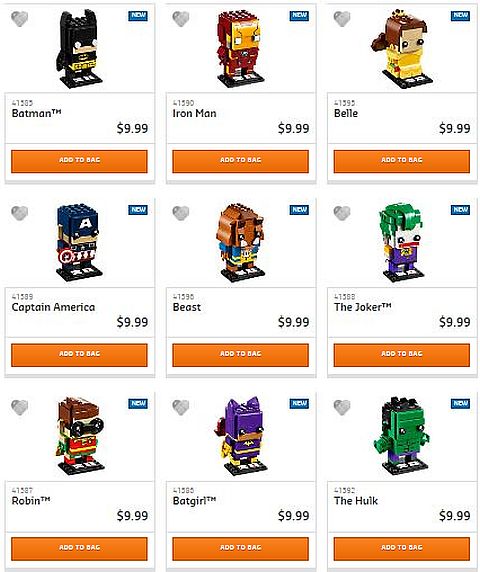 What do you think? How do you like there costumed BrickHeadz? Do you have any of the sets already? And have you tried making your own BrickHeadz characters? Feel free to share in the comment section below! 😉