The LEGO Nexo Knights animated television series has been at its third season this year, and it’s quite an enjoyable show, with a good story and beautiful animation. It follows the adventures of five young knights (Clay, Aaron, Lance, Princess Macy, and Axl), who protect the kingdom of Knighton from Monstrox (an evil wizard who lives inside magic books), Jestro (the former court jester who comes under the influence of Monstrox), and vast armies of monsters. While the story sounds like a pretty standard tale with knights fighting evil forces, a unique twist of LEGO Nexo Knights is that it combines medieval and futuristic elements – sort of like LEGO Ninjago, but instead of ninjas we get knights. 🙂 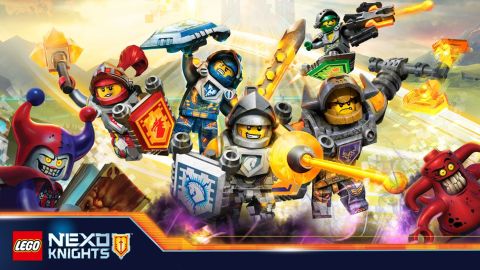 The first season of the LEGO Nexo Knights TV show aired at the beginning of 2016, the second season at the fall of 2016, and the third season at the beginning of 2017. Each season contains ten episodes, and each episode is about 20 minutes long. If you didn’t catch the episodes on Cartoon Network, they are also available on LEGO’s YouTube channel. However, because the channel is not organized very well, I thought to put together a comprehensive playlist of all the episodes in one place. So, in the playlists below, you can watch all ten episodes of Season 1, Season 2, and Season 3. That’s a total of about 600 minutes, or ten hours of entertainment! Enjoy!

➡ LEGO NEXO KNIGHTS SEASON 1: In this season we get introduced to the kingdom of Knighton, the royal family, the knights who are just graduating from the Knights Academy, and Merlok 2.0, the digital wizard who helps the knights defeat evil by sending them Nexo Powers. The story of the badguys is also established, with Jestro getting under the influence of Monstrox via the Book of Monsters and unleashes an army of Lava Monsters. Watch all ten episodes of the below.

➡ LEGO NEXO KNIGHTS SEASON 2: The struggle between the knights and Monstrox (through the body of Jestro) continues during this season, with lots of adventures and surprising twists and turns. Watch all ten episodes of the season below.

➡ LEGO NEXO KNIGHTS SEASON 3: In this season, Monstrox takes the form of a storm cloud and raises an army of lightning-infused Stone Monsters (thus the characteristic dark-gray and purple color-scheme of the 2017 LEGO Nexo Knights sets). There are so many awesome evil forces in this episode, like the Forbidden Power of Relentless Rust, the Forbidden Power of Ravaging Rot, and the Colossus of Ultimate Destruction (I really like those names!). However the knights get battle suits and upgraded powers to fight them all. Watch all ten episodes of the season below.

As you can see, LEGO Nexo Knights is quite a developed story that not just kids, but even older LEGO fans can enjoy for a little relaxation and fun. The episodes also give you a better understanding of the very unusual LEGO Nexo Knights sets that combine traditional LEGO Castle with futuristic vehicles, unusual characters, and interesting colors. There is a lot to like in these sets. You can find the currently available selection under the LEGO Nexo Knights section of the Online LEGO Shop. 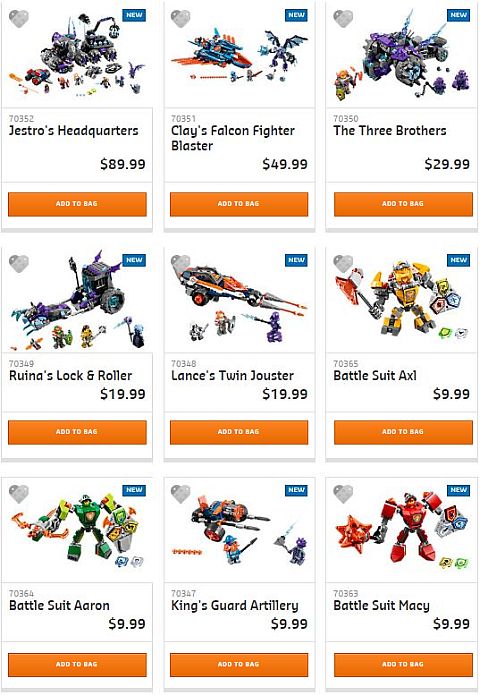