The LEGO Elves story has been capturing the imagination of young and old LEGO fans alike since 2015, with beautiful LEGO sets and a magical story that has been playing out on the Disney channel. And now, LEGO Elves is coming to Netflix, with a new story, titled, LEGO Elves: Secrets of Elvendale. Below is the trailer and a bit more info about the new series. 🙂 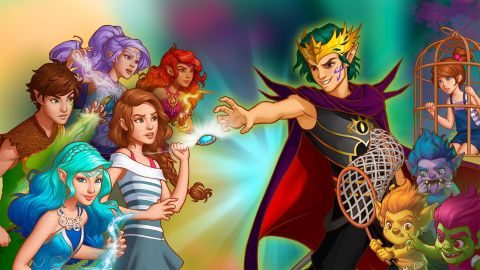 Here is the official description of the Netflix series: LEGO Elves picks up with its hero character Emily Jones as she returns through the portal to Elvendale with her little sister, Sophie. After charming many of the Elves upon her arrival, Sophie is taken by the cruel Goblin King and his evil minions. Emily and her cast of Elf friends head deep into a magical forest to save her sister and free Goblin Village from its tyrannical king. Adding to the existing line-up of Netflix original series from The LEGO Group (LEGO Bionicle: The Journey to One and LEGO Friends: The Power of Friendship), LEGO Elves will launch worldwide on Netflix in 2017 with 8 new episodes.

Based on the description, it appears that LEGO Elves: Secrets of Elvendale is similar to the LEGO Elves: The Capture of Sophie Jones episodes (watch here), with Sophie following her big sister Emily into the land of the Elves, only to get captures by the Goblin King. It is interesting to note, however, that while the characters in the TV series resembled LEGO mini-dolls, the Netflix series uses more traditional animated characters.

LEGO Elves: Secrets of Elvendate will premiere on Netflix on September 1st, and will include the voice talents of Ashleigh Ball, Erin Mathews, Kyle Rideout, Vincent Tong, and Rebecca Husain. Below are a couple of trailers for the upcoming series.

While the animation of LEGO Elves: Secrets of Elvendale doesn’t look like LEGO, you can still recognize the characters, scenes, and places from the latest LEGO Elves goblin sets. If you haven’t checked them out already, you can find them all under the LEGO Elves section of the Online LEGO Shop. 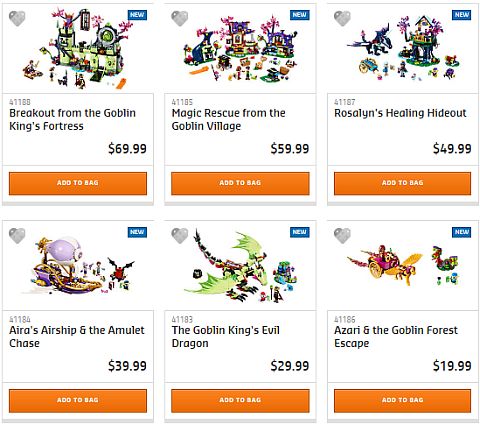 What do you think? Have you been following the LEGO Elves story? And do you have any of the LEGO Elves sets? How do you like them? Are you going to watch LEGO Elves: Secrets of Elvendale on Netflix? Feel free to share your thoughts and discuss in the comment section below! 😉