As we discussed at the beginning of the month (see: August 2017 – New LEGO Sets & Promotions), the much talked about and very exciting #70620 LEGO Ninjago Movie Ninjago City set is now available for LEGO VIP members. Regular release of the set will be on September 1st, but if you are a LEGO VIP member, you can get it a couple of weeks early. 🙂

We will review the set as soon as I can get my hands on it, but in the meantime, I have included some interesting info that should help you decide if you would like to add this set to your collection. It is definitely one of the most interesting and unusual large LEGO set ever released, and could be an excellent addition to any LEGO City setting that could use a bit of Asian flair or Chinatown section. 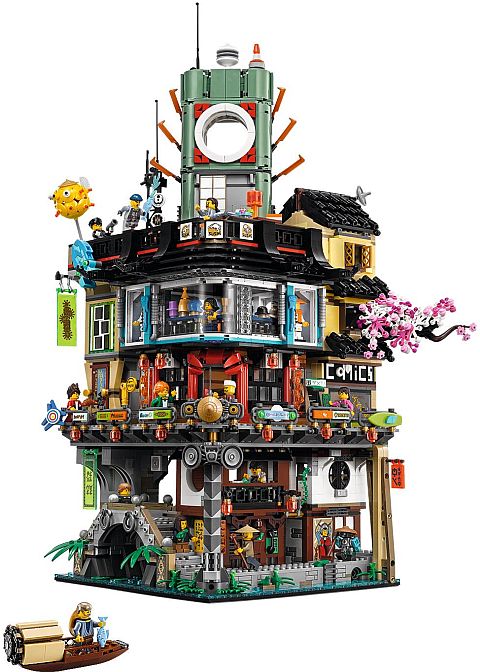 Features a 3-level model (each level lifts off for easy play) connected by a sliding elevator, plus a traditional fishing boat. Level 1 features a bridge, sewer outlet, stream with translucent-blue and translucent-green water elements, sliding elevator with room for a minifigure, traditional fish market with fish and crab elements, house with dining room and bedroom with sliding screen doors and foldout ‘solar panels’, Sweep the maintenance robot’s service station with assorted tool elements, and a taxi stand with telephone element. 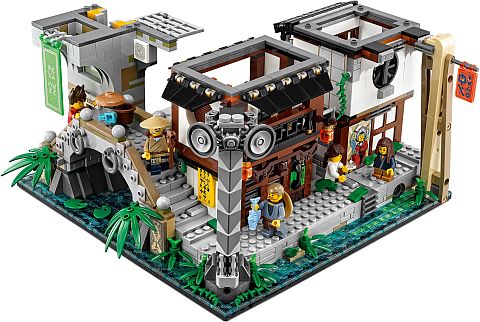 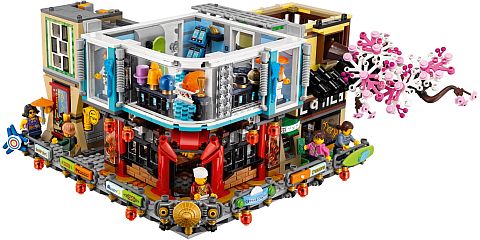 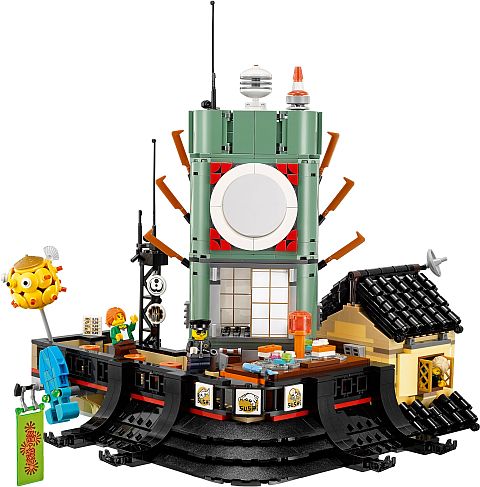 LEGO also set up a special page for LEGO VIP members, where they are going to release exclusive content related to The LEGO Ninjago Movie. So far, they have published one video which includes an interview that took place at the San Diego Comic-Con last month with LEGO Ninjago model designers Nicolaas Vas and Christopher Leslie Stamp, as they walk you through #70620 LEGO Ninjago Movie Ninjago City set. You can watch the video below.

There is also a second interview with Charlie Bean from the Directing Team of The LEGO Ninjago Movie, with some very interesting details about how Ninjago City was developed. For example, he shares that one of his first ideas about The LEGO Ninjago Movie from the stylistic point of view was to bring the toys outside into a natural environment, as if playing with LEGO bricks in the back yard. Thus, there are plants, other organic elements, and even water throughout the movie. Another idea was that Ninjago City is a place that is constantly rebuilding itself because of the continued attacks from Garmadon, so there is a lot of building and rebuilding going on with new structures built on the ruins of old ones. In addition, Ninjago City is quite old with a long history, which is another reason we will find old and new buildings mixed together. As I said, it’s a very interesting interview, and you can read the whole thing here. 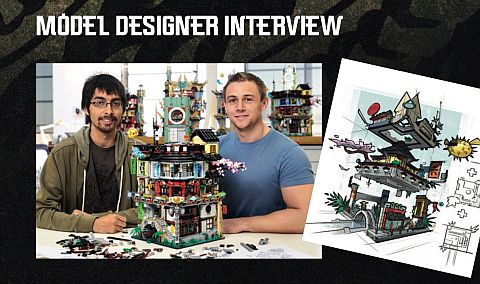 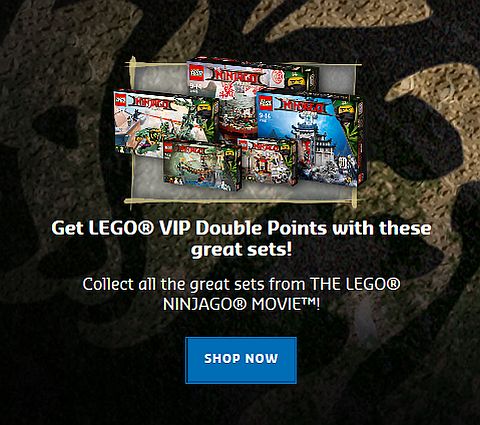 And, right now you also get the promotional #5004936 LEGO Caveman & Cavewoman set with purchases of $50 or more. This is a very nice little set with two re-colored minifigs from the LEGO Collectible Minifigures Series, and a small cardboard cave. The offer is valid on all purchases until the end of the month at official LEGO stores and the Online LEGO Shop. 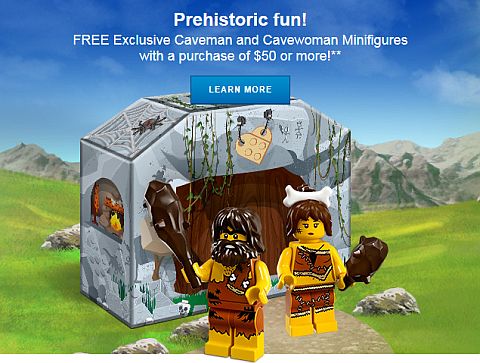 So what do you think? Are you excited about the #70620 LEGO Ninjago Movie Ninjago City? And are you planning to get it? Feel free to share your thoughts and discuss in the comment section below! 😉