One of the most interesting sets that were released for this holiday season is the #70922 LEGO Batman Movie The Joker Manor. It is big, colorful, and looks very fun. I don’t know when any of our contributors will have a chance to get the set, so we can publish a hands-on review, but in the meantime, I wanted to share with you a couple of very interesting videos. They should help you make a decision if you have been considering purchasing the set. 🙂

First lets start off with the official description, so you have all the stats in front of you: Help Batman, Barbara Gordon, Alfred Pennyworth (in his classic Batsuit) and Nightwing regain control of the jokerized Wayne Manor with this massive The LEGO Batman Movie set. The Joker Manor is packed with iconic details from the movie and cool functions, including a rollercoaster encircling the whole building, a huge buildable The Joker head with trapdoor and slide, punching boxing gloves, a rocking ‘The Joker’ sign and rotating ‘big eye’ tower. The interior includes a cinema room with a romantic DVD element, kitchen with buildable microwave plus lobster and lemon-slice decorated tile elements, living room with a buildable grand piano, fireplace and bust, swimming pool room, and a music studio with guitar element and buildable mixing desk and loudspeakers. Build this magnificent manor and then recreate your favorite scenes from the movie. Includes 10 minifigures: The Joker, Batman, Barbara Gordon, Harley Quinn, Nightwing, Alfred Pennyworth Classic Batsuit, Disco Batman, Disco The Joker, Disco Batgir and Disco Robin. The Joker Manor measures over 21” (55cm) high, 25” (66cm) wide and 10” (27cm) deep. Rollercoaster train measures over 1” (3cm) high, 5” (15cm) long and 1” (3cm) wide. 3444 pieces. Price: $269.99 – BUY HERE 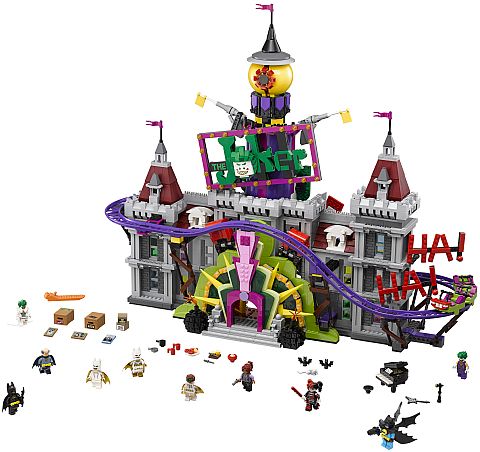 The first video I wanted to share with you is with LEGO Senior Designer Marcos Bessa, and LEGO Graphic Designer Paul Turcanu. It is not just the standard designer-video we are used to from previous set reveals, but a more indebt look at what goes into designing and building a large and complex set like this. I actually quite like this new video style, as it goes into more detail about the creative process. And I also like to hear personal stories from the designers, like what Marcos shares in the video. It makes purchasing a new LEGO set a more intimate experience than just buying a product, as we get to know a bit more about what the designer went through to create it.

While I haven’t had a chance to build the set, I really like the overall look and color combinations. The whole set has a sort of jumped-out-of-the-pages-of-a-comic-book feel to it. The Joker sign above the entrance, the HA! HA! sign to the side, the rollercoaster, and the bright and beautiful color-combinations of The Joker over the more muted colors of Wayne Manor, all make this set a piece of art. And the backside of the Manor with more fun details and colors, and clever small builds make it look good from every angle. So, being happy with what I saw, I was very surprised that JANGBRiCKS’s review on the set is quite negative (watch below).

I’m sort of torn after watching JANG’s review. I still very much like the look of the set, and I think it makes a wonderful and very colorful display-piece, with some fun play-features. I do understand at least some of JANG’s points though, especially that a set of this size and price could have been better balanced as far as what you can do with it. I think if LEGO designers would have made it possible to transfer The Joker Manor into the regular Wayne Manor with alternate instructions, that would have added the additional value LEGO fans like JANG are looking for. 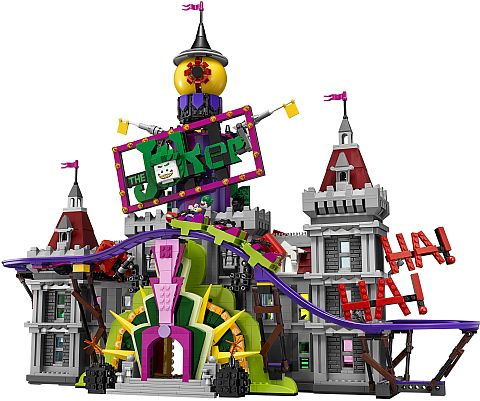 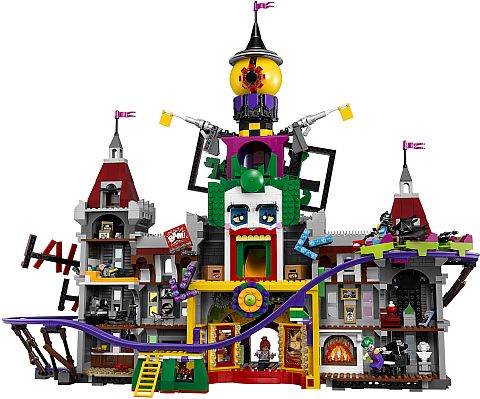 I do feel like JANG’s review on this set is kind of harsh though (which is surprising, as he is usually more positive and even forgiving in his reviews). Even with some faults, I wouldn’t call this set “severely limited and dominated by compromises”, or say that “it doesn’t accomplish anything particularly well”. I think it looks awesome, and represents well what LEGO is all about; colorful, fun, and beautifully detailed. But again, I haven’t build it as of yet. And of course, I don’t always have to agree with JANG (although I usually do, and I very much appreciate his reviews). 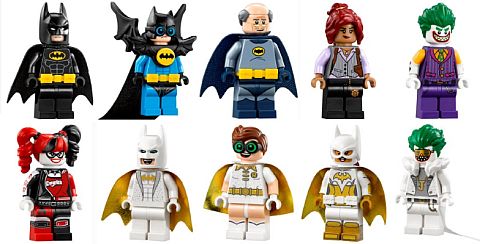 What do you think? Do you have The Joker Manor already? Have you built the set yet? Or are you planning to get it? How do you like it? Would love to hear your thoughts and feedback, so feel free to share and discuss in the comment section below! 😉