Back in November of last year, LEGO Ideas introduced building contests as a new feature to their platform. The very first contest challenged LEGO fans to design their own version of the LEGO Ideas logo for a chance to win some very generous prizes (you can read more about the contest here: LEGO Ideas Build Your Own Logo Contest). The contest attracted a large number of very creative submissions (631 entries in total!), so even though the feature is still in beta testing, it is off to a great start! 🙂 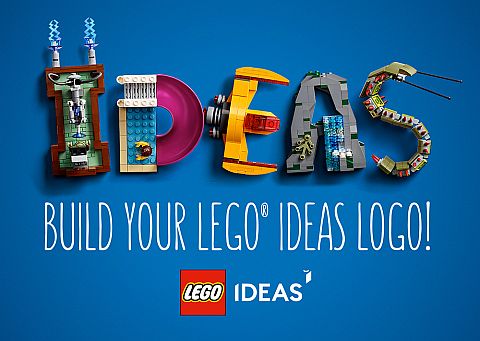 I have been monitoring the contest closely as I liked the topic of the challenge, and because I knew a number of our readers participated with their own submissions. (If you would like to check out all the entries, you can see them here.) The contest was closed mid-December of last year, and after much anticipation, the LEGO Ideas team finally announced the winners (and they also awarded a few bonus prizes because of the large number of entries)! You can read the announcement at the LEGO Ideas blog, and I also thought to talk about them here, because I’m so impressed by the winners!

The grand prize was awarded to Switch on the Ideas by LEGO fan couple Luthy 87 and Rumens 85, (together going by the LEGO Ideas user id L87R85). They share that they were inspired by the light bulb symbol representing both a brilliant idea and an electrical current turning on a light. The font used for the lettering is shaped like an electrical wire with a plug at the end, indicating that successful LEGO Ideas submissions are like turning on the light. The design is simple, clean, and very cleverly executed. Definitely a deserving winner! 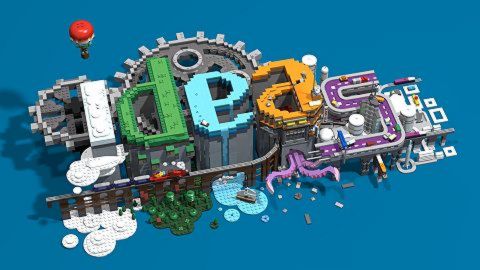 There were also two runner-up winners in this contest. One of them is titled A Journey with LEGO Ideas by Totomio. He shares: “Creation is a journey with a purpose, and the shortest path to get there is not always the best. Fortunately, the ways to reach a goal are many – just try to find yours. Do not worry too much about the goal. The most important thing is the journey!” There are so many intricate details here! And the colors are great! 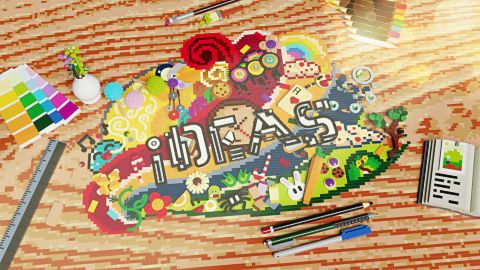 Speaking of colors, the other runner-up winner is Creativity! by ExeSandbox. This gorgeously colorful and creative LEGO artwork is set atop a wooden board made out of LEGO tiles, and surrounded by stationary and desk decorations also made of LEGO bricks. in other words, everything you see on the picture is made of LEGO – 38,082 pieces to be exact! The creator shares that the abstract design does not imply a distinct message, but designed to invoke the flow of thoughts, ideas, concepts, and imaginations that run through our minds everyday. I love this design! 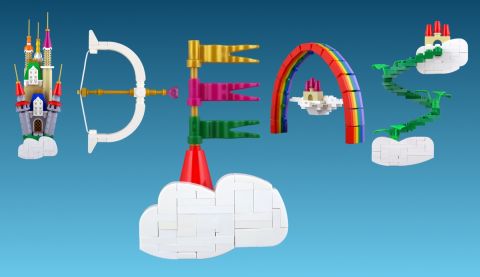 Due to the large number of entries, the LEGO Ideas team decided to pick two bonus prize winners as well. (I assume they will get the same prizes as the runner-up winners, although I’m not entirely sure.) The two bonus prize winners are Fantastic Ideas by Swan Dutchman (who’s wonderful holiday train we featured previously) and The Designer’s Journey by Micro_Mini. Fantastic Ideas represents creativity, imagination and fantasy in this fantasy themed built by a fairy castle, a bow and arrow, a turret with flag, a rainbow, and a beanstalk. And 17-year-old Micro_Mini really put a lot of thought into their creation: “For this logo, I aimed to capture the true essence of what it means to be a LEGO designer, and wanted it to represent the creative process that goes on behind the scenes of every model. The letters also represent the growth of the designer. At the start, their builds may be a little basic and rough around the edges, but as they build more they learn and their building talents grow to eventually become something truly brilliant.”

Besides the winners receiving awesome prizes, selected submissions to the Build Your LEGO Ideas Logo Contest (including those that didn’t win) will be used later in the year to help celebrate 10 years of crowdsourcing LEGO sets. I also hope that the LEGO Ideas team will continue running other challenges and engagements through the LEGO Ideas platform, as it is clear LEGO fans love it! And of course, LEGO Ideas main feature continues to be submitting ideas for future LEGO sets. You can check out the current selection of sets that came out of the LEGO Ideas platform at the the LEGO Ideas section of the Online LEGO Shop.

What do you think? How did you like this LEGO Ideas contest? Did you participate? And what do you think of the winning entries? Which one is your favorite? Feel free to share and discuss in the comment section below! 😉