There are a number of design tools to build LEGO models digitally, including LEGO’s own LEGO Digital Designer, LDraw, MLCad, Stud.io by BrickLink, and MecaBricks. These powerful programs allow you to design LEGO models either via your browser or through a downloadable software, create parts-lists and shopping lists for your model, and generate building instructions and impressive renders that you can share with others. 🙂 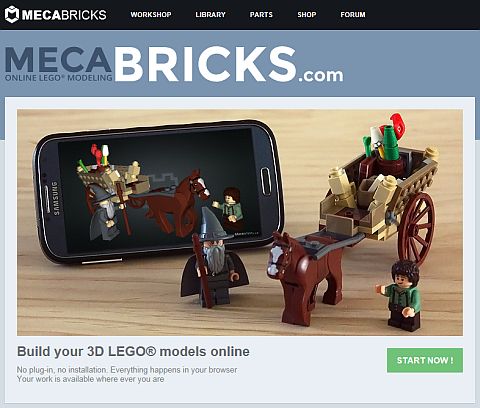 Each of these tools have their strengths and weaknesses, and it is worth trying all of them out to see which one you like the most. In addition, most of the tools allow you to transfer files in between them, so you can do one part of the design process using one tool, and use another tool for another task.

For example, you could use LEGO Digital Designer to design your custom LEGO model, as it is an easy and intuitive program even for beginners. However, LEGO Digital Designer is poor at creating realistic renders. For that task, you can transfer your LDD file over to MecaBricks to add some very impressive finishing touches. 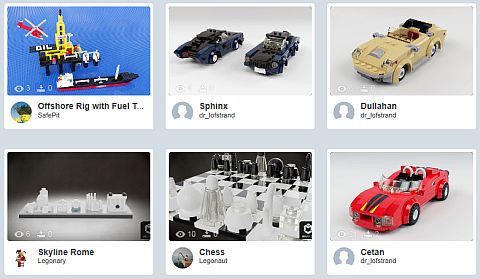 I have been using MecaBricks for creating realistic renders of my own LEGO creations, so I thought to share some of my experiences with the program. I would say that MecaBricks is a perfect mix of LEGO Digital Designer and LDraw. LEGO Digital Designer is easy to use, but it has too many restrictions when connecting LEGO elements. On the other hand, LDraw allows pretty much any connection, which is great when you want to use some unconventional building methods, but it could also make you end up designing a LEGO model that is unrealistic and unstable in real life. 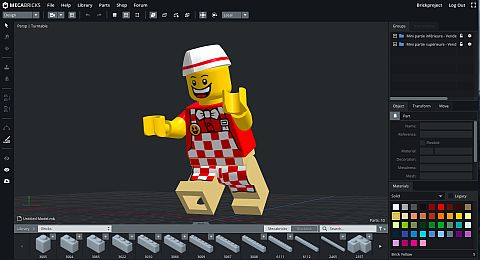 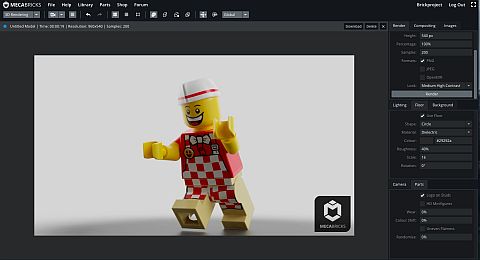 Again, for designing your models you can use any of the above-mentioned programs. Where MecaBricks really stands out is its capacity for realistic renders. This means that you can make your digital LEGO model quite lifelike with shadows and backgrounds, and even add textures like scratches, fingerprints, and wear. Basically, MecaBricks allows you to make images of your virtual LEGO models that many people will mistake for real builds with real LEGO bricks. 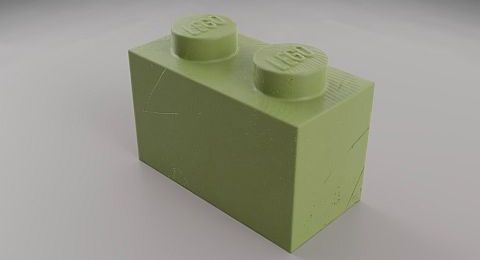 MecaBricks also has a very active community section. Members share their own models, as well as virtual models of official LEGO sets. Playing with these models within the program will improve your virtual building and rendering skills as well. And the community is also there to help in case you get stuck with your own project. The creator of MecaBricks, Nicolas Jaraud, is regularly updating the features, so the tool is continually evolving and improving.

You will find many of the project creators on LEGO Ideas use MecaBricks to share their models. The video below demonstrates a recent project that is currently gathering support on LEGO Ideas by saabfan (also the co-creator of the #21309 LEGO Ideas NASA Apollo Saturn V). The LEGO version of the Fiat 500 F was built in MecaBricks and rendered using Blender with the help of another LEGO fan, Gabriele Zannotti. Looks really good, isn’t it? A couple of other LEGO fans who regularly share amazing virtual LEGO models are Renderbricks and Carlierti.

You can also check out my own LEGO Ideas project here to get some other examples of using MecaBricks. Speaking of my own LEGO creations, currently I’m working on a 10-minutes short animation titled “Life”, which I’m hoping to release in April of this year. I’m using MecaBricks to add realistic textures in the film. If you would like to get updates on the progress of this project, you are welcome to follow me on Twitter. 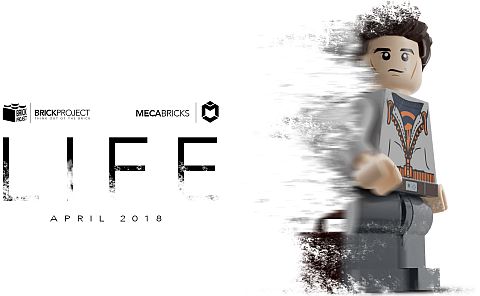 What do you think? Have you tried MecaBricks already? What was your experience with the tool? And what is your favorite LEGO design and rendering software? Feel free to share your thoughts and own reviews in the comment section below! 😉