If you like building LEGO cities, you know that roads have great importance. They provide a solid surface for your buildings and vehicles, and they also make your city feel more tied together and realistic. LEGO offers a selection of thin baseplate road-plates with straight sections, 90-degree curved sections, T-intersections, and crossroads. These are quite suitable for a basic LEGO city, however if the road-plates don’t work with the layout you have in mind, or you want to build more complex roads, you will need to build them with standard LEGO pieces. Most LEGO fans who want to upgrade from basic road-plates will use sideways building techniques with LEGO bricks and plates to create straight road sections. This allows building the road as wide or as narrow as necessary, add white and yellow lines, crosswalks, sidewalks, etc. just where you need them, and you can also choose the color of your roads based on the kind of look you want to achieve. 🙂 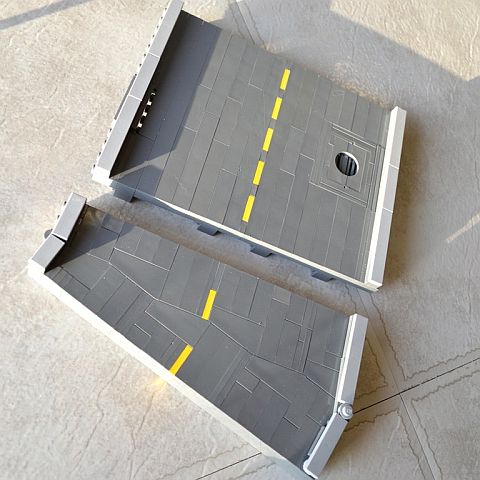 Building straight roads with sideways building techniques is easy; you just stack up bricks and plates laying on their sides, incorporate the various white and yellow lines using one stud wide plates, and your road is ready for all the LEGO city traffic. You can even incorporate T-intersections and crossroads quite easily. But what about curves? How do you build curved roads with rectangular LEGO bricks? That is a difficult challenge LEGO fans will usually avoid by simply using straight brick-built road sections, or incorporate a standard LEGO road-plate wherever needed. 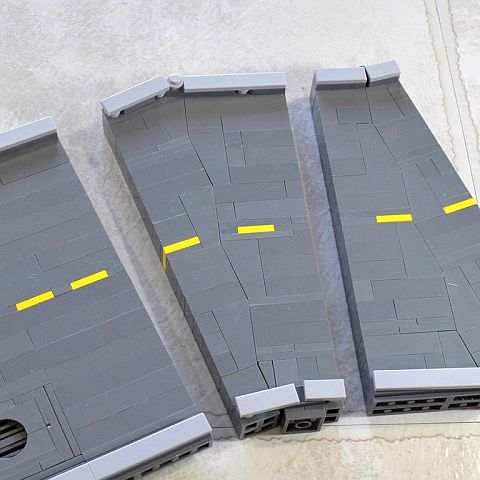 LEGO fan Mr_Studs loves playing with LEGO geometry and trying to figure out all of the hidden secrets of how LEGO pieces fit together. He recently challenged himself to come up with a curved road section using standard LEGO pieces. Playing around with LEGO bricks, plates, and slopes, he was able to build a road section curving to the left at a 16-degree angle (first image above). Notice the jagged edge where the slopes come together. That’s art and science impressively combined! In the video below, Mr_Studs will explain how the curved road was built.

The curved road section is designed to be modular, so straight sections and other curved sections can be added next to it to build a longer road. But what about if you want to curve the road to the right? You would think that you could just flip around the left curved section, however, this would mean that the studs at the edge won’t be on the same side (meaning, the road sections can’t lock together). In addition, the yellow lines on the road don’t line up properly due to the geometry of LEGO elements. To build a right curve that lines up with the straight section and the left curve section properly, Mr_Studs had to rebuild the right curve using inverted slopes instead of regular slopes. However, because there is a very slight difference between the geometry of regular slopes and inverted slopes, the entire right curve road section had to be designed differently. In the video below, Mr_Studs will talk about the challenges he ran into building a right curve, and how he handled them (also, see second image above).

Besides all the wizardry things Mr_Studs has done to build a left and right curve to the road, you might notice that there is also some very intricate building going on around the sewer drain on the straight road section, which is another very nice build. In the following video, Mr_Studs explains how the drain was built and incorporated into the road.

Being able to build curved road sections with sideways building techniques opens up a lot of possibilities for those who prefer to build their own roads instead of using LEGO road-plates. Mr_Studs plans to work on the system some more to come up with the best way to put together a 90-degree turn as well, so stay tuned for further videos. I also recommend checking out Mr_Studs’ YouTube channel, as he shares many more interesting building tips and techniques. 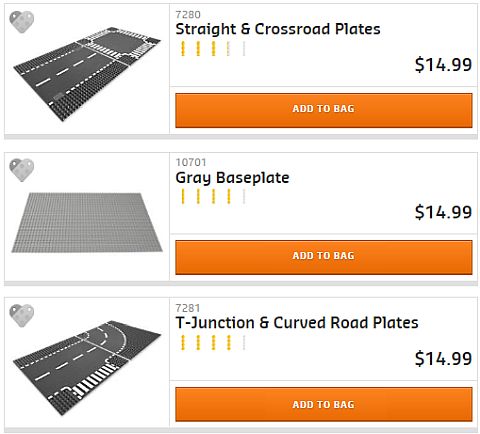 What do you think? Do you like using LEGO road-plates, or prefer to build your own roads? What is your preferred technique for road-building? And what do you think of the curved road techniques discussed here? Feel free to share your thoughts and discuss in the comment section below! 😉

Next post: Guide to feeling for LEGO Minifigs Series 18