by Thita (admin) on December 12, 2018
in Featured LEGO Creations 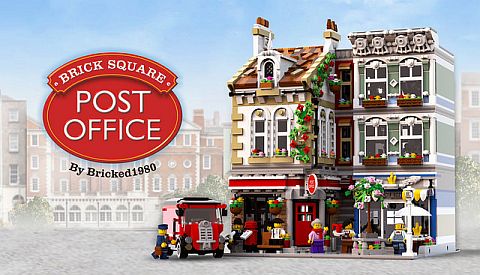 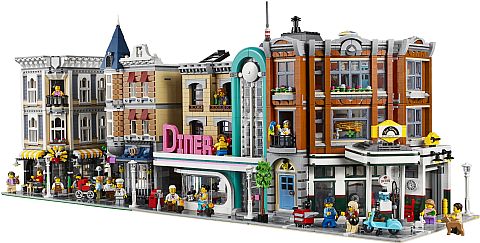 Art Deco is an architectural style that people either love or hate. The bold lines, distinct curves, and vivid colors are very different from the architecture of other periods. While buildings from other styles bland together well, even if they were built decades or even centuries apart, Art Deco stands out with its distinct features and can’t be ignored. Some LEGO fans love this fresh and new direction, and are even inspired to start their LEGO Modular Building collection. Others are not so happy with the changes and feel that the style and colors of the #10260 LEGO Creator Downtown Diner and the #10264 LEGO Creator Corner Garage are too different to mesh well with the previous LEGO Modular Buildings. Thus, the lovely design of the LEGO Modular post office is being discussed again. 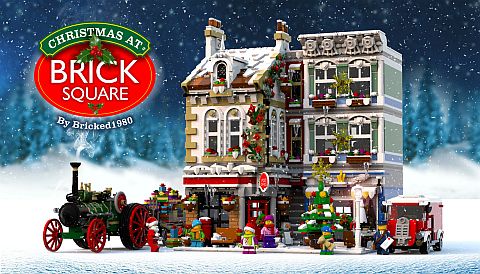 LEGO fans have been requesting Bricked1980 to release instructions for his LEGO Modular post office, and now that it is clear that not everyone is happy with the 2019 LEGO Modular Building, there are even more requests. Bricked1980 did say that he has plans to release instructions, although he is not sure when he will have the time. For the time being, he updated the post office with Christmas decorations, and even wrote a little story for it, titled, “Twas the night before Christmas…”. You can read it below.

Twas the night before Christmas, and all the kids at Brick Square were getting excited, building snowmen and putting up the Christmas tree. The children had been busy writing their lists to Santa. They handed their letters to the postman, who was loading up his van ready for the last mail run of the day. He set off in to the snowy night with his precious cargo, but by now the snow was falling thickly. Then, there was trouble! The post van hit a snowdrift much bigger than usual. Stranded in the snow, the quick thinking postman grabbed his phone and telephoned ahead. Meanwhile back at Brick Square everything was silent and the children were feeling anxious. It was getting late and the postman should have returned by now. Just then, a friendly whistle sounded in the distance and the air was suddenly filled with the sweet smell of steam. It was Santa! He had ditched his reindeer and sleigh and instead opted for good old-fashioned steam power, courtesy of The Old Workhorse Traction Engine. (Don’t forget that The Old Workhorse is on LEGO Ideas. Please spare a couple of minutes to give it your support if you’d like to see it made as a real LEGO set. Anyway, shameless self-promotion out of the way, lets continue the story…) The Old Workhorse arrived at Brick Square carrying Santa himself and all the presents for the children. And, just in case you wondered what happened to the postman. Don’t worry, he made it back home in time for Christmas Day! THE END! 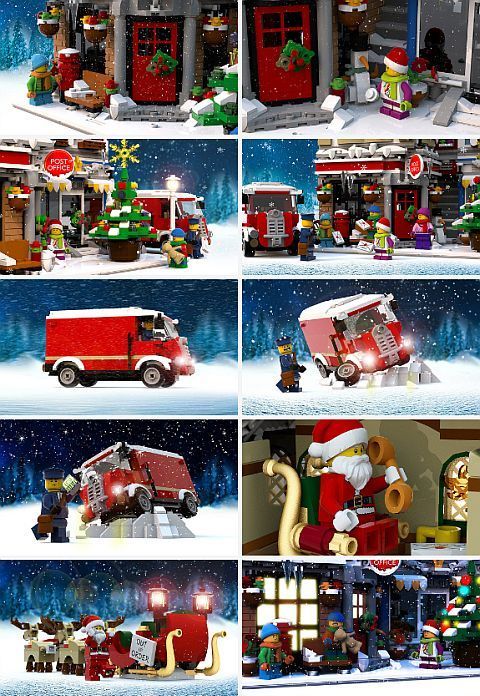 Fun story, isn’t it? And great pictures too! If you would like to see more close-up images, visit the Christmas at Brick Square flickr gallery. And, you might also feel inspired to dress up your own LEGO Modular Buildings with some Christmas decorations!

What do you think? How do you like the LEGO Modular post office and the Christmas story that goes with it? Do you decorate your LEGO displays for the holiday season? Feel free to share in the comment section below! 😉