To celebrate the holidays, and to get us excited for The LEGO Movie 2: The Second Part coming in February next year, LEGO released a fun little film titled Emmet’s Holiday Party: A LEGO Movie Short. There’s nothing like the holidays in Apocalypseburg, especially when Emmet is the one organizing the events. Watch Emmet’s Holiday Party: A LEGO Movie Short below with all the fun details and surprises! 🙂 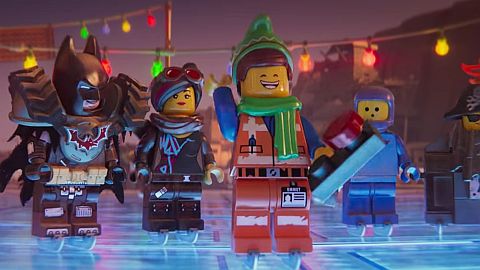 The much-anticipated sequel to the critically acclaimed, global box office phenomenon that started it all, The LEGO Movie 2: The Second Part reunites the heroes of Bricksburg in an all new action-packed adventure to save their beloved city. It’s been five years since everything was awesome and the citizens are now facing a huge new threat: LEGO DUPLO invaders from outer space, wrecking everything faster than it can be rebuilt. The battle to defeat the invaders and restore harmony to the LEGO universe will take Emmet, Lucy, Batman and their friends to faraway, unexplored worlds, including a strange galaxy where everything is a musical. It will test their courage, creativity and Master Building skills, and reveal just how special they really are. But for now, they are all celebrating the holidays!

That was fun, isn’t it? I can’t wait for the movie! I expect it to be just as good as the first film with awesome characters, lots of LEGO humor, and gorgeous visuals. Also, The LEGO Movie 2 sets are starting to trickle in. You can find all the January sets listed at The LEGO Movie 2 section of the Online LEGO Shop, and two of them are already available for purchase (the others will be available on January 1st).

Besides the standard sets for The LEGO Movie 2 that will be available in January, the very large #70840 LEGO Movie 2 Welcome to Apocalypseburg! set was also revealed. It is not clear when this massive, 3,178 piece set is going to be available, but you can see some of the details in the following video-preview by JANGBRiCKS.